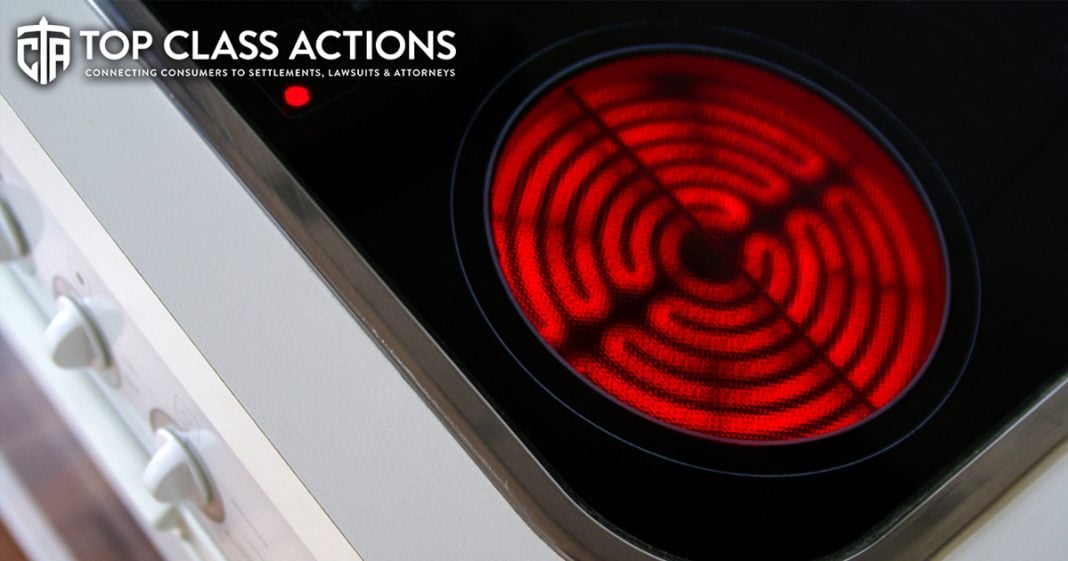 Although Whirlpool recently recalled their glass cooktops due to a defect, a class action claims that the company should provide consumers with monetary compensation as well. In August 2019, Whirlpool recalled several of their glass cooktops sold under Whirlpool, Kitchen Aid, and Jenn-Air brands. According to Whirlpool, the defective cooktops are capable of turning on by themselves which can pose a fire hazard and risk burning consumers. Ring of Fire’s Farron Cousins discusses this with Scott Hardy, the President of Top Class Actions.

Joining me now to talk about this is Scott Hardy with Top Class Actions and Scott, this is probably the last thing in the world you want your stove to do is to just randomly be, hey, I’m going to turn on. Hope you haven’t set anything here or there’s nothing near because it’s going to catch on fire. This is a pretty severe defect in these Whirlpool stoves and they’ve issued the recall but the lawsuit says you issued this recall but you’re really not doing anything to actually solve the problem. So, so lay this one out a little bit.

Scott Hardy:                          Yeah, it’s interesting because at first you’d say you have the recall issued. Usually once the recall is issued, a class action won’t be filed because what a class action is filed is they’re looking for damages. They’re saying, you made a defective product, you didn’t fix it, pay me. Well in this case Whirlpool says, well, yeah, we recognize there’s a defect. We issued a recall, we’re fixing it, call us, and we’ll take care of it. But this class action was filed because the plaintiff said he called Whirlpool and he said, hey, this is defective, fix it. And they went, hmm, not yet. And so he hasn’t been able to get his, his cooktop replaced yet. And if you can’t get your cooktop replaced, then, you know, you’re gonna have a hard time cooking.

You’re still putting your family in danger by having this, according to this class action, dangerous cooktop, and there have been damages because of this cooktop. 133 reports of the cooktops turning on by themselves. And of course, you’re going to know that a lot of those have gone unreported. People just go, why is that on? Huh? Turn it off. And they wouldn’t necessarily report it, but 133 reports of cooktops turning on by themselves, 14 of which allegedly resulted in heat damage to nearby items and four reports of items catching fire, one report involved property damage and two reports involved burn injuries.

So this is a serious issue that Whirlpool needs to take care of. Remember, it’s not just the Whirlpool glass cooktop, it’s also KitchenAid and Jenn-Air brands that are included in this recall. So you’ll want to check to see if you’re impacted because if you are, this class action absolutely impacts you and you should absolutely call the manufacturer and get it replaced while we’re going through this and while this class action is working its way through the system.

Farron Cousins:                  Right, I mean, just here in the United States, we’re looking at 26,000 roughly, units that are in people’s homes right now. So be careful on that. You’ve got 2,800 in Canada, 128 in Mexico. This is $65 million worth of cooktops here. And, you know, you also brought up a good point because Whirlpool right now is telling people, hey, we can’t get to you yet. So turn off your circuit breaker to your stove. Unplug the device so that it can’t turn on at all and we’ll get to you when we get to you. But, but, you know, this isn’t something like a microwave or a toaster that you can theoretically work without.

No, this is your stove. It’s your oven, it’s where you cook your food, otherwise you’re going to have to just microwave everything until Whirlpool decides, all right, we can get you on the list now. We’ll either fix it or replace it or whatever, and that’s not okay. That’s not good enough. When you take away somebody’s ability to even cook food in their home, you got to fix that as fast as possible. And Whirlpool shows no signs of of even wanting to do that at this point.

Scott Hardy:                          Exactly, and that’s a big focus of this class action is you’re telling me that I have to get this replaced, but you’re not giving me any additional compensation to get it done. You’re not sitting there saying, well, you’re gonna be without a cooktop for a week or more or weeks. So can you, can you give me some, you know, a gift card to, to Uber eats or DoorDash so I can at least still continue to get dinner in for my family? I’ve got to pay out of pocket for that now since I can’t cook for them. What can you do for me, Whirlpool? And Whirlpool is refusing to do that. So we don’t know if it’s taking days, weeks, or months to get these cooktops replaced.

And during that time, everybody who’s impacted is having to buy extra food. They’re having to come out of pocket. So why shouldn’t Whirlpool kick in some extra cash to those who are impacted? They know it. It’s not like people are just submitting claims and saying they are when they aren’t. You know, they know who, who are purchasing these cooktops. So we should, we should see some more customer service, a larger customer service element from Whirlpool trying to take care of those they say that they love when they’re being greatly inconvenienced by this problem.

Farron Cousins:                  Whirlpool, been around for a very long time. It is a well trusted, well-respected brand, so hopefully they’re going to do the right thing here. This class action may force them to do the right thing a little bit faster than they probably would have wanted, but let’s hope in the end they do the right thing because this isn’t just about the money issue. This could seriously hurt people, their children, a pet walking across the counter. I know my cat loves to walk across the stove. This is a big problem. They need to fix it before it becomes a massive problem for this company.

For more information about this issue, follow the link in the description of this video and head over to top class actions. And if you have not already done so, please do subscribe to their weekly newsletter. It is absolutely one of the best resources available for consumers. Scott Hardy with Top Class Actions, thank you very much for joining me today.