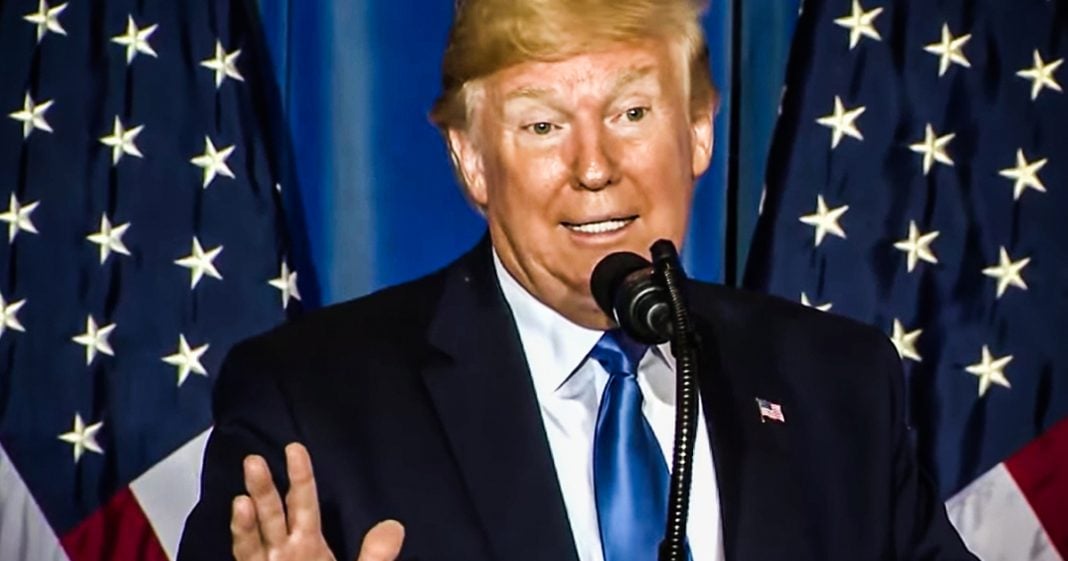 A federal judge on Friday ordered Donald Trump’s State Department to turn over even more documents to House Democrats on the Trump-Ukraine scandal, saying that the department intentionally withheld countless communications that are relevant to the case. The State Department didn’t turn over any documents that were created prior to August 2nd, and the judge agrees that Democrats should have ALL communications dated before October 18th, as they requested. Ring of Fire’s Farron Cousins explains what this means.

*This transcript was generated by a third-party transcription software company, so please excuse any typos.
Last Friday, a federal judge issued a major blow to the Trump administration, ordering them to go through and turn over even more documents related to Donald Trump and his contacts with Ukraine. Now, here’s what the administration had previously done. The state department after being ordered by a court to turn over the documents that house Democrats were requesting ended their search for documents on August 2nd now, I’m not saying they finished it on August 2nd I’m saying the dates through which they look for documents ended on August 2nd even though this was back in October, they didn’t look for anything through most of August, all of September in the beginning of October. They didn’t want to see that. They didn’t want to hand that over, and so they were sued and the judge on Friday said, yeah, there’s no reason why you should have just ended the search on August 8th and instead or August 2nd excuse me. Instead, I want you to go through October 18th that’s how many documents I want the Democrats in the house of representatives to have because that’s actually what they’re entitled to. They subpoenaed these records and by God you’re going to turn them over. Now, part of the reason they may have set that arbitrary August 2nd deadline for when they were searching for documents was because that was prior to Donald Trump lifting most of the freeze on the aid to Ukraine. So if there are some kind of documents in there explaining why Trump has now decided to lift the freeze on the aid, then that could be very damning for the president. And that could be very helpful for the impeachment inquiry. We do know, according to this ruling, that there are documents in there that have communications with secretary of state, Mike Pompeo, that have communications with Rudy Giuliani. And those are people very relevant, who’ve already both been implicated in some of the schemes that the president was trying to pull off allegedly. And so yeah, we need to know that. We need to know who all the major players are. So it’s not surprising that Donald Trump’s state department tried to withhold these documents, but it is a bit refreshing that the judge understands that. Nope, you’re obviously trying to hide something. There was no reason to just stop your search on August 2nd and now you’re going to hand over two and a half additional months of documents because it’s all very relevant to the ongoing impeachment. Now, here’s the issue I have with this ruling. This happened on Friday. They’re the house or about the vote on impeachment any day now, and then it leaves the house. So what good do these documents now do? The Democrats, they rushed it too quickly. They should not be voting on impeachment in the house, the full floor vote to to send it to the Senate. That shouldn’t happen right now at all. It probably shouldn’t happen in January. Probably shouldn’t happen in February. I would push it the March because as this court ruling points out, there is a heck of a lot of information that Democrats don’t even know about yet that might be able to get a couple of Republicans to flip and vote for impeachment.