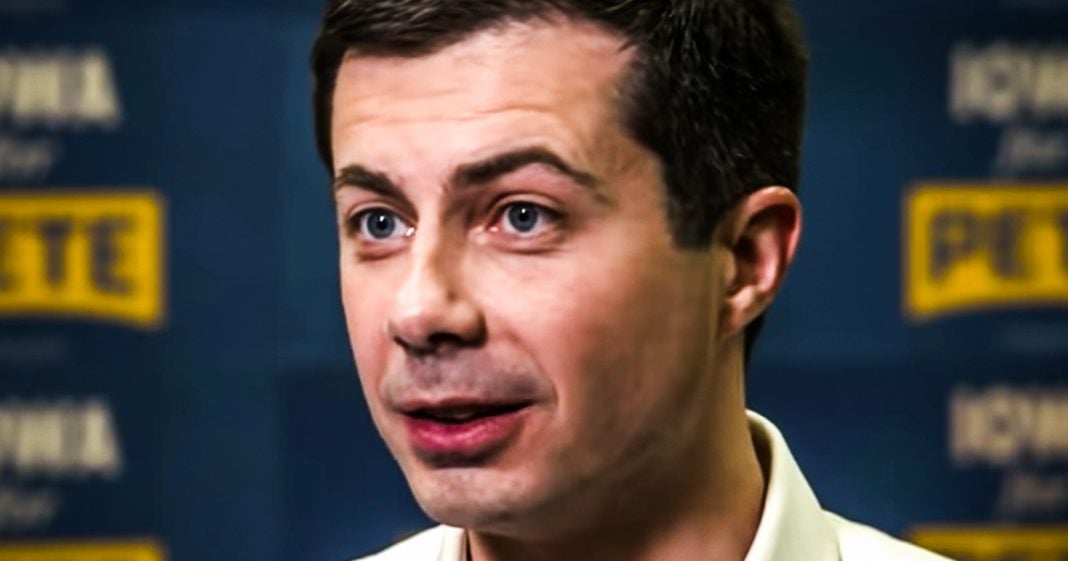 Just last year, Pete Buttigieg swore to the public that he was a supporter of Medicare For All. Then he decided to run for President and saw how much money the healthcare industry is willing to give him, and now he’s softened his stance and simply wants a “public option.” This is bad policy made worse by the amount of money that Buttigieg is taking from healthcare companies. Ring of Fire’s Farron Cousins discusses this.

*This transcript was generated by a third-party transcription software company, so please excuse any typos.
In early 2018 South bend, mayor Pete Buttigieg swore to the entire public via a post on Twitter that he, Pete, Buttigieg absolutely supports the idea of Medicare for all. But again, that was early 2018 that was long before this guy was running for president. And then once he decided to run for president, his stance softened instead of Medicare for all. It became Medicare for all who want it, which is basically the same thing as private insurance, except now you can buy a private insurance plan for a, from the federal government, you’re still going to have to pay your monthly premiums. You’re still going to have to pay copays and deductibles. You’re still going to have to pay those astronomical markups for healthcare services here in the United States. But Hey, now you’ve got insurance from the federal government instead of from blue cross. So sure, that solves a problem, right? Well, no, but the big question is what caused the shift? Why did Buttigieg suddenly go from vowing to support Medicare for all on Twitter to now backing this industry friendly approach? Well as the folks over at sludge pointed out on a recent expos, a by Alex Kotch, all you have to do is follow the money. For the third quarter of this year, Pete Buttigieg received $97,000 from more than 100 individual donors employed in the healthcare sector, $97,000 now, that’s not a huge sum of money, is it? No, but I mean in terms of a political campaign, you hand one of us $97,000 suddenly that changes our lives. But anyway, that’s just small potatoes because the real number that he pulled in through all the healthcare sector, direct donations, a super PAC money employee donations came to $1,266,225 in just the third quarter of this year. Now, part of the reason he’s getting more money from the healthcare sector right now is because he’s climbing a little bit in the polls. In some polls, not every poll. He’s certainly not doing well with non white people here in the United States, but his little bit of a surge is enough to capture the healthcare industry’s interest and they understand that since he is not backing Medicare for all, if they can pop enough money into him, if they can get him exposure and get the public to pay attention to him, maybe they suddenly don’t have to worry about Medicare for all wiping out their bottom line. But that is exactly what they should be worried about. Medicare for all who want it is a stupid plan. It’s a stupid plan that will not fix any of the problems we have with the healthcare system today. The only way to do it is with Medicare for all. And this sludge piece by Alex Koch has absolutely brilliant and connecting the dots and showing the money and following the money to explain why Pete Buttigieg suddenly thinks that Hey, private insurance isn’t so bad, you should be able to figure it out. He told us recently on Twitter, well, Pete, there is one thing we figured out and it’s that you clearly don’t care about the fact that Americans are dying every day because they can’t afford their healthcare.