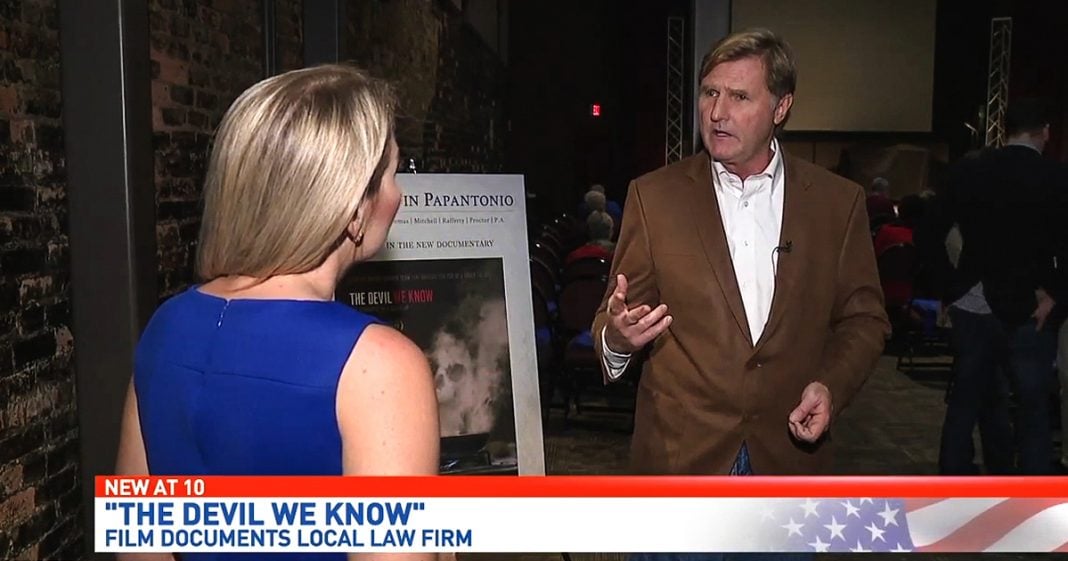 Great story from ABC affiliate WEAR TV 3 in Pensacola about The Devil We Know! The movie exposes how DuPont dumped the toxic, Teflon manufacturing chemical C8, into the air and waterways, knowing it would pollute the environment and could make people sick. The chemical is now found around the world and in most people on the planet. The personal injury law firm of Levin Papantonio helped represent more than 3,500 residents who were impacted after DuPont leaked C8, also known as PFOA, from its plant in Parkersburg, West Virginia. DuPont and Chemours Co agreed to pay $671 million to settle their claims.

Via WEAR ABC 3 News: The chemical known as C-8 is toxic and can cause cancer, birth defects, organ failure and other illnesses. A Pensacola law firm claims it’s been found in water systems across the country and is now found in the blood of 99.7 percent of Americans. Read the full story here: weartv.com