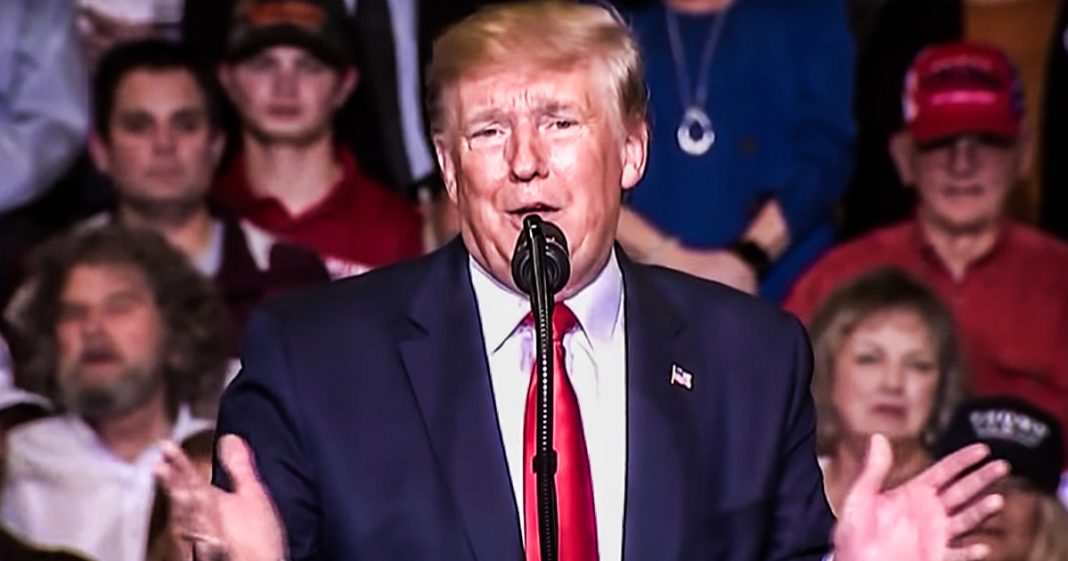 According to a new study, Donald Trump’s extremism is pushing voters further and further to the Left, leading to the elevation of more far left candidates. This may be the only good thing that has come out of Trump’s presidency, as this country needs progressive leaders to get us on the path that will help American citizens. Ring of Fire’s Farron Cousins discusses this.

*This transcript was generated by a third-party transcription software company, so please excuse any typos.
Politico recently came out with a fascinating new report saying that Donald Trump’s presidency, rather than pushing voters further to the right, which is what a lot of those on the right are claiming, everybody’s coming over here cause we’re winning. Well actually according to the numbers, Donald Trump’s extremism is actually pushing voters further to the left and that in turn is causing the election at the local level in many areas of far more progressive politicians than they’d ever had in the past. In fact, Politico says that there are some areas in this country, even larger cities that still were slightly red, where you’re seeing very progressive leaders be elected in these once strong Republican areas. And they explain it this way. You know, Donald Trump is very extreme. He’s no more extreme than anyone else on the right. Let’s be honest about that. But he also has no filter. He doesn’t have anybody to keep him in check at the moment other than Congress. But that’s only been what, 11 months now. Prior to that, it was strict Republican rule. So for two straight years we had hard right Republican policies getting put in place. And nobody to stop him and that swung the pendulum further to the right and the voters starting down at the local level where everything has to start looked at this, they saw this and they realized this isn’t helping me at all. Republicans swore up and down for decades that they were the party of the working class. They were the party that was going to help us. They were the party of tax cuts and you pass the massive one and I didn’t get anything. Why should I listen to you? Why should I believe what you have to say? Here’s another politician come along here who says, Hey, I think everybody in this country should have healthcare. I think everybody in this country should be able to go to college and not go into debt for it cause it should be free. I think nobody should ever work a job that pays less than $15 per hour and those people who had been voting for Republicans swinging that pendulum to the right finally said, you know what? Those are good ideas. And I like those. And the pendulum, at least at the local level, according these Politico or a report here is swinging back to the left. And that’s what has to happen. And the craziest thing though, is that these ideas coming from Progressive’s, the the debt free college, the get money out of politics, $15 minimum wage, green new deal, Medicare for all. They’re not that extreme. These are things that other countries have been doing for decades and they’ve been doing it very well. We’re not going to become a socialist country. We’re not going to fall to pieces as Republican say, Tim Pools out there everyday telling us we’re going to be able next Venezuela, no, maybe the next Denmark. We’re going to be the next Sweden. We’re going to be the next prosperous country whose citizens consistently rank among the happiest on the planet. That’s what we’re going for. It’s just, you’ve got some people a little too stupid to understand that this is the natural direction the country has to go in in order to continue to survive.