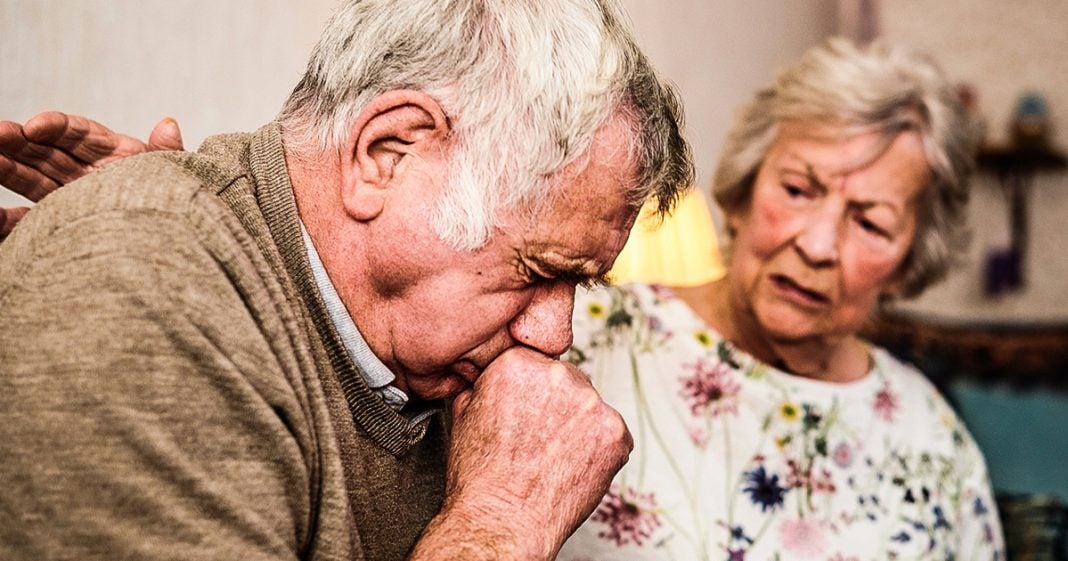 According to the latest Gallup poll, 25% of American citizens have admitted to delaying medical care, even vitally important medical care and prescription drugs, because they simply can’t afford it. This is an abomination. There is absolutely no excuse for this to happen in this country, and the only way to fix it is with universal healthcare. Ring of Fire’s Farron Cousins discusses this.

*This transcript was generated by a third-party transcription software company, so please excuse any typos.
According to a new poll by Gallop, roughly 25% of people in this country have had to put off serious medical care because they simply cannot afford it. So one in four Americans have admitted that at some point in recent years they have had to put off medical care for a serious condition because they simply haven’t been able to afford it. This is the highest number of people in this country who have ever said this, who’ve ever said, I’ve had to put it off since Gallup started asking this question back in 2001 we have seen a 14 point increase in the last 18 years in the number of people who say, yes, I can’t afford it, so I have put it off. Even though it was a very serious medical condition. We all know someone who has done that and if you don’t allow me to introduce myself, my name is Farron Cousins and I have put off care because I can’t afford it for the past two months. Let me go ahead and put it this way. The last two months I’ve been without an asthma inhaler that I typically have to take every day. I haven’t had one in two months. Why? Because it costs nearly $300 a month and I simply cannot afford that anymore. I’ve run out of money on my FSA, my little flex card that gets preloaded each year. Money comes out of my paycheck, put it on there. There’s nothing left. But because that FSA card doesn’t get loaded with the full deductible amount, the next $3,000 I spend before the end of the year is straight up out of pocket. I can’t do that. I haven’t refilled my kids expired EpiPens in the last four months because that’s $1,300 that I don’t have, so I’m walking around with my kids, two of them with severe peanut allergies with an expired EpiPen and a bottle of Benadryl hoping to God I don’t have to use them. My story is not unique. One in four people in this country are going through similar types of things. Kyle Kalinsky, told a very heartbreaking story on Twitter the other day about it. Other progressive hosts have told stories about it, their personal experience or their family members experience. Folks, even we are going through this with you. We are not some kind of elite, wealthy, super rich people who don’t have these problems. No. That’s why we’re some of the best people to sit here and talk with you about these problems because we’re going through them too, and if we’re not now than we have in the past. I mean, I can’t speak to the financial situation of everybody on the left, but I can’t speak to my own and I believe in being perfectly honest with you. I can’t afford my medication and 25% of people in this country are in the same boat as me. There is literally only one solution, one, and that solution is Medicare for all a universal healthcare plan that covers every single person in this country and yes, corporate Democrats, even the rich, we’re going to give rich people healthcare for free too because everybody deserves to be on the same playing field. Everybody deserves the same benefits, whether you’re living on the streets or living in one of your half dozen mansion’s, you get healthcare coverage and you pay $0 at the point of service. That is the only way to fix this dysfunctional and corrupt healthcare system that we have operating in America today.