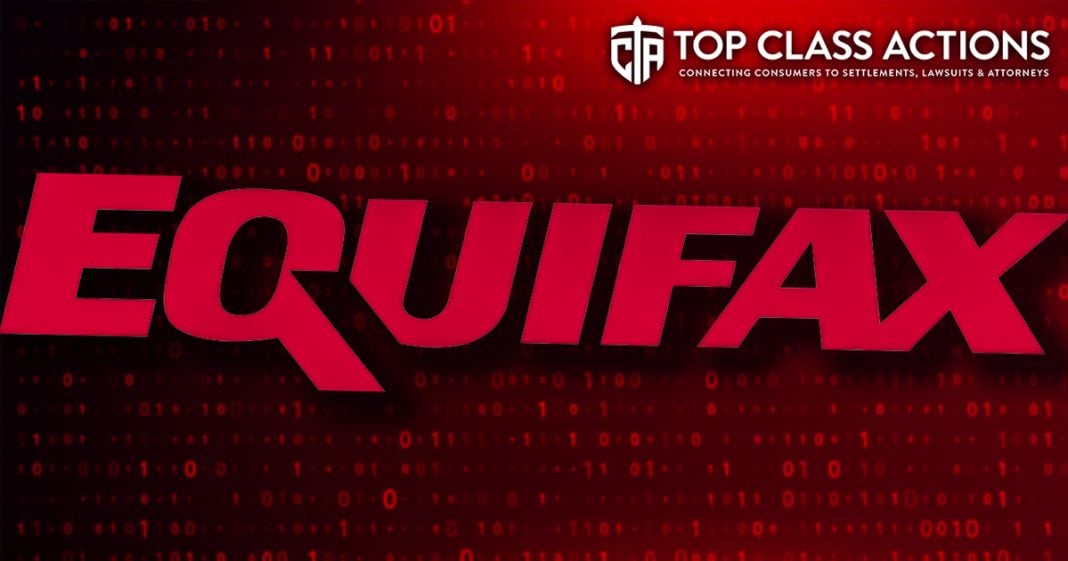 The class action watchdog Center for Class Action Fairness has filed an objection to the Equifax data breach class action settlement, claiming that the attorney fee request should be reduced and that the settling parties suppressed the claims process. Equifax settled the case in July 2019 in what is considered one of the largest data breaches of personal and financial information in American history. The objection, filed in Georgia federal court by Ted Frank and David Watkins, states that Class counsel structured the settlement and claims process unfairly which will deter objections and stifle monetary claims. Ring of Fire’s Farron Cousins discusses this with Scott Hardy, the President of Top Class Actions.

Farron Cousins:                  Just a few months ago, it was announced that Equifax would be settling their massive data breach lawsuits against them in which roughly 147 million American citizens had their data accessed because of the poor security happening over at Equifax. Well now a watchdog group is saying that the settlement that was agreed to is far too small with too little money going to the victims and they want that changed.

Joining me now to explain what’s happening is Scott Hardy with Top Class Actions and Scott, you and I have done lots of segments. I believe we even did one on Equifax, the big settlement there, and a lot of times we talk about these settlements like, wow, this is really good for consumers, but the Equifax one, 147 million people just in this country effected by it. That’s a lot of people to split not a lot of money, isn’t it?

Scott Hardy:                          That’s right. It was allotted as a great settlement. It’s going to be wonderful. It’s up to $600 million for consumers. People are saying, man, this is great. $125 per person that you could claim and also you can claim the time that you spent talking to your credit card companies to see if you were impacted. So you could see a payment between $200 to $300 man, this is going to be awesome. $600 million settlement, everybody’s going to get paid who qualifies. This will be great. Oh wait, small caveat. Only $30 million of that settlement is actually cash that’s meant for consumers claiming that benefit. So if you claim that benefit, don’t expect much because everybody is and you’ll only get a fraction of what you’re expecting.

So that was the big, womp womp, sad. Oh my gosh, I was so upset once we found this out and, you know, once we dug into this settlement. It was such a disappointment. I’m not surprised that we see these objections. They’re already, already been more than a hundred objections to this settlement. So hopefully we’ll see more of that $600 million fund go to consumers rather than act as a beneficiary for Equifax themselves. Because that’s what a big chunk of this money was to do, was to offer free credit reporting, but it wasn’t free credit reporting. Equifax says we’re giving a couple hundred million dollars into this fund that you can pay us back for this free credit reporting for consumers. So they’re not actually really losing anything.

Farron Cousins:                  So we actually, with this settlement, with the number of victims, 147 million to split $30 million. So you’re talking about almost five times more victims than dollars available to them. I mean, that’s, that’s insane. That’s, you know what, 20 cents per person if you do the, if my quick math is correct here, that is crazy. And so yes, it’s no, it’s no surprise at all that people would object to this. I would expect the number to be a lot more than, than 100 people. And I assume as more and more people realize how bad this truly is, we’re going to see a lot more objections and that’s, you know, obviously one of the important reasons we do these segments together is because we need people to understand what’s actually happening.

Sometimes we get distracted by the headlines, right? We see these big settlements, $600 million and everybody thinks, well, heck yeah, the company’s paying up. They’re being punished. We’re getting back what we lost or, you know, time lost, whatever it is, we get it back. We win. End of story, have a great day. But, but when you drill down to some of these settlements like this, that’s not nearly the case. The companies do end up coming out on top here and that’s what Equifax was banking on with this settlement,

Scott Hardy:                          Right. I mean they agreed to this settlement knowing that there are hundreds of millions of dollars that they’re taking out of their pockets is going to go right back into it. So from the start, you know, once we found out really through terms of the settlement we weren’t really happy with. They also made it a bit more of a challenge to object to the settlement. They had some really interesting caveats in there that said that it required class members to provide four dates. They’re available to be deposed, which is weird. You should just be able to object and then set, set a date that you’re available to be deposed. And they also have to identify all class actions that they have objected to within the past five years. Now, I believe that was put in there to try to combat the serial objectors where you have these people that object to every single class action that goes out there because they’re trying to get a piece of the settlement pie.

That, I can, I can understand why you might have that little piece in there, but you still have to make it fair and easy for the people who are legitimate objectors to object to this and say, hey, I don’t find this settlement fair. I don’t think it’s fair to me and to say their piece. So, you know, there are some interesting points to this, this tact that this watchdog group is taking to try to get some more justice for consumers. But since they’re already more than a hundred objections, we can hope that we’ll see some more money in the pockets of consumers at the end. But don’t hold your breath because that very, instead of getting 25 cents each, we might get 50 cents each. Hmm.

Farron Cousins:                  Well, you know, I mean this was a big issue. We, we’ve got a lot of other data breaches, that are currently in the class action process. We’ve got a lot of others that could be settling soon. Hopefully, hopefully things work out well with this Equifax one, as you said, probably best to not hold our breath on it. But, let’s hold out a little bit of hope and let’s also hope some of these other groups who’ve had these data breaches don’t follow suit with this and try to work consumers over one last time. For more information about this issue, follow the link in the description of this video and head over to Top Class Actions and as always, while you’re there, if you have not already, make sure you sign up for their weekly newsletter. Scott Hardy with Top Class Actions, thank you very much for talking with us today.