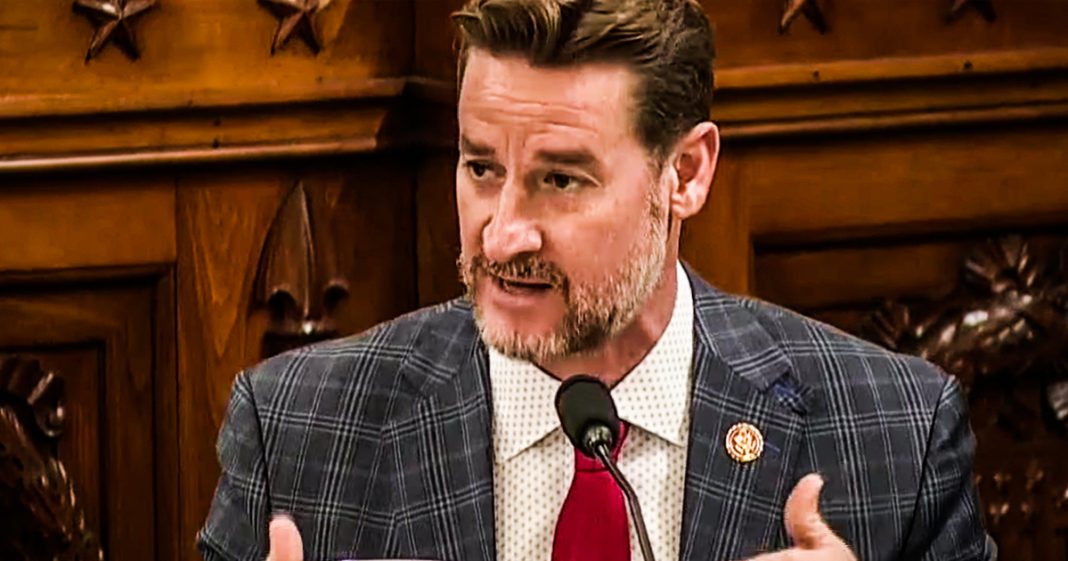 Republican Congressman Greg Steube offered a bizarre reason why the impeachment proceedings should be stopped this week, claiming that the impeachment of Trump will hurt the feelings of troops. Not only is that not true, but it wouldn’t even be a factor if it were true. The troops deserve a commander in chief who is loyal to America, and Trump is only loyal to money and power. Ring of Fire’s Farron Cousins discusses this.

*This transcript was generated by a third-party transcription software company, so please excuse any typos.
During yesterday’s impeachment hearings, a little known Florida Congressman by the name of Greg Steube told the audience there said during the hearing that it actually kind of hurts the feelings of American troops if we go forward with this impeachment. Now, Mr Steube is a veteran himself and his record as a US soldier has been called into question because it’s pretty obvious he’s been lying about how heroic he truly was. Now, if you ask me, I think that is probably insulting to everybody serving in the military today, but Mr Steubes argument during the impeachment hearing was that by implying that Donald Trump withholding aid to Ukraine somehow could have cost Ukrainian lives. That is an insult to the military of the United States. Now, I don’t quite follow that logic. I don’t understand how saying that because the president of the United States didn’t give them money to protect themselves, people died. I don’t understand how that is insulting to our troops here, but let me tell you, Mr Steube, what is insulting to troops in the United States? What’s insulting to them is having a president who’s not following the rule of law. You know the rule of law that these men and women are all across the globe, risking their lives to protect, or at least that’s what they’re told they’re doing. They’re really just engaged in some kind of regime change, uh war, wherever they are. Brought to us by the military industrial complex. That is also, by the way, very insulting to these troops. Think about it this way, and again, I don’t mean any disrespect for this. People sign up for the military because they believe in the United States. They believe in the mission, they believe in the constitution and they want to defend it. But let’s be honest, folks, it’s been a long, long time since any American troop has actually had to go overseas and truly defend the United States constitution, truly defend the Homeland here in the United States by fighting overseas. The first Iraq war wasn’t about that. Vietnam wasn’t about that. The second Iraq war wasn’t about that. The war in Afghanistan wasn’t about that. None of that was about protecting the interest of the United States. It was about the oil companies and the defense contractors. So if you ask me, I think that is pretty dang insulting to the troops, not sitting in Congress going by what the constitution says we can do with impeachment. Those troops are fighting for that constitution. And Mr Steube here, thinks that by following the constitution, following the letter of the law, trying to enforce the letter of the law, that somehow that is what’s truly insulting to troops in the U S military.