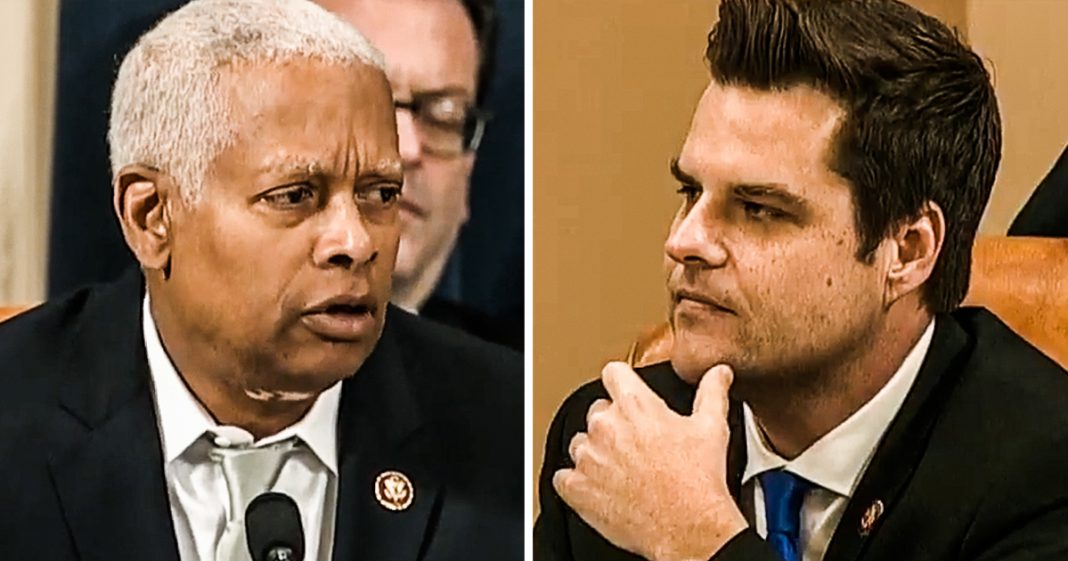 Republican Representative Matt Gaetz was called out for his DUI and substance abuse problems earlier in his life on the House floor yesterday by Democratic Representative Hank Johnson, after Gaetz tried to paint Hunter Biden as a drug-addicted loser. Johnson pointed out that the pot shouldn’t be calling the kettle black, due to Gaetz’s own history and the fact that he never had to face any consequences. Ring of Fire’s Farron Cousins discusses this.