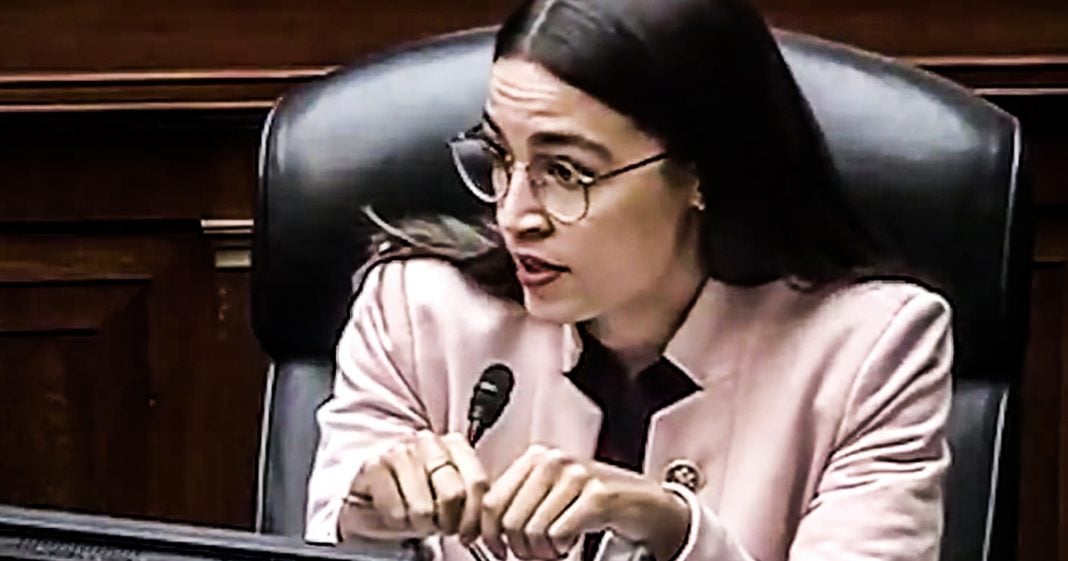 Representative Alexandria Ocasio-Cortez called out the healthcare industry on Thursday for raising prices on American consumers by 20% in 2019, and somehow still having enough money to send Congressional staffers on a “spa weekend” where they heard pitches from healthcare lobbyists and executives about how the current system is amazing and should never be changed. The staffers included both Democrats and Republicans, which shows that screwing Americans over on healthcare is a bipartisan thing. Ring of Fire’s Farron Cousins discusses this.

*This transcript was generated by a third-party transcription software company, so please excuse any typos.
Representative Alexandria Ocasio-Cortez once again, proved why she is absolutely one of the best people that we have serving in Congress today. Yesterday, she decided to call out the healthcare industry for not only raising prices by 20% across the board on American citizens this year, but somehow still having enough money left over after raising our rates to take 40 congressional staffers of both Republicans and Democrats on a spa retreat weekend earlier this year to try to brainwash them against things like Medicare for all. Here’s the tweets she sent out. Health insurance costs have gone up 20% in the past year. This is the healthcare system of choice that so many politicians are committed to protecting with small incremental tweaks. Meanwhile, big pharma and insurance lobbyist treat congressional staffers to spa weekends, and that’s just a small part of the picture. Again, this retreat happened back in April. There was 40 congressional staffers. You had people who worked for Republicans, people who worked for Democrats. You had executives from the healthcare industry, from the pharmaceutical industry. You had their lobbyists there and they sat them all down for a nice relaxing weekend to tell them why things are great the way they are and why we should never change them. And as a Ocasio-Cortez also pointed out in a subsequent tweet, this is how they get to Congress because obviously there’s certain rules for members of Congress, right? They can’t just take a, a big pharma funded spa weekend, that’d be against the rules, but for the staffers, different set of rules. So they go, they get brainwashed and they’re sent back to DC to try to brainwash the representative that they work for. And because they took both Republicans and Democrats for this little brainwashing spa session, it proves that maintaining the status quo is a bipartisan effort. It’s not just the Republicans doing this, folks, Democrats are in on it too. And that’s what we have to understand. And I think that’s part of the thing that Ocasio-Cortez has also been pointing out, it ain’t just the Republicans. We have far too many corporate centrist, whatever you want to call them, blue dog Democrats who want to protect the interest of corporations rather than protect American citizens. And they do it that way because they’re getting money from these corporations because their staffers go to these brainwashing betwe- retreats and come back and brainwash the rest of the staff. That is what happens. Meanwhile, our costs went up 20% in the last 12 months and there is no justification for that cost increase. It’s not like suddenly, Oh man, people were using more insurance and our costs were just through the roof, so we had to pass the costs on to you. That didn’t happen. It’s not that drug companies suddenly decided, Aw man, we’re going to just double down on R and D, we’re going to spend so much money on this and yeah, we’re going to have to pass the cost onto you. Nope. That didn’t happen either. As uh Ocasio-Cortez has also pointed out in the past and we to hear it ring of fire pointed out. Uh, most of the funding for new drugs actually comes from the federal government, from us, the taxpayers. We’ve already paid for them. Not big pharma. But here’s the underlying issue here. We all know that healthcare sucks, we all know we’re getting gouged every time we have to go to the doctor or buy a new pill. The thing is that Ocasio Cortez has consistently proven that she belongs in Congress. You know, Republicans love to attack her, Oh, she was just a bartender like two days ago. What is she doing in Congress? What is she doing showing the world how smart she is showing the world that she 100% belongs there more than most of the people who are also sitting next to her. She knows what she is doing. She is highly intelligent, very well versed on the issues, and more importantly, she isn’t afraid to call out these industries who are screwing over the American public. That is one of the reasons why she is the best that we’ve got in DC right now.