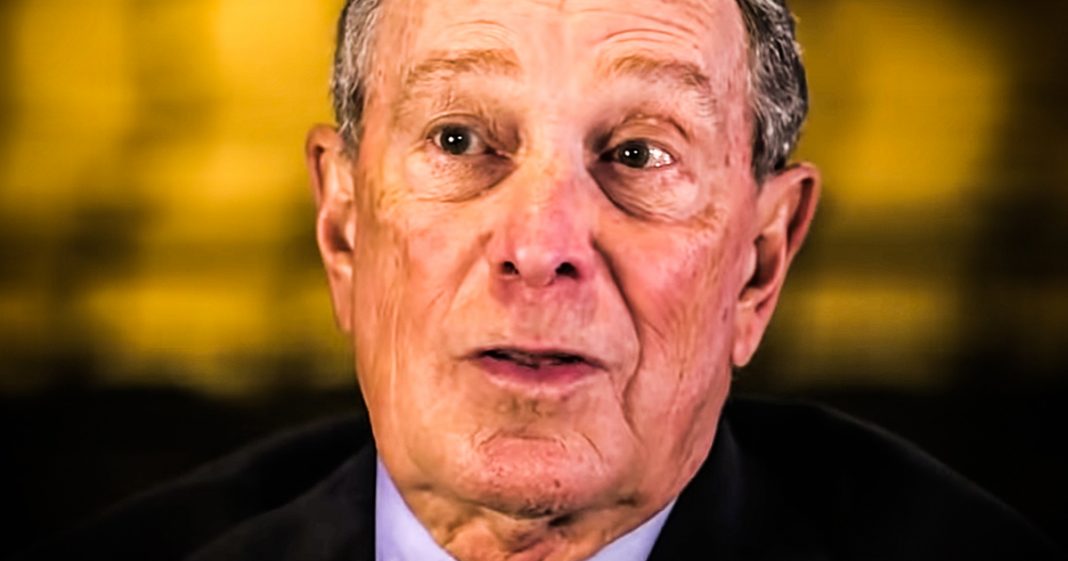 Billionaire Michael Bloomberg told an interviewer this week that the entire field of Democratic candidates was weak and that Trump would eat them alive during the campaign. Of course, he believes that he is the exception to this, which is laughable. There are plenty of Democratic candidates who would lose to Trump, both electorally and in a debate, but there are also several who would destroy him. Ring of Fire’s Farron Cousins discusses this.

*This transcript was generated by a third-party transcription software company, so please excuse any typos.
On Tuesday, billionaire democratic presidential candidate, Michael Bloomberg spoke to CNN where he said that he and only he has the uh, experience and really the willpower to stand up to Donald Trump here is exactly what he said to CNN. He said, I think Trump is getting stronger and I think he would just eat alive the candidates because they don’t have plans that I think are practical that can be implemented. They don’t have management experience. And the president’s job is a management job. Wow. You know, I really wanted Michael Bloomberg to drop out of the race before I read this article, but now I’m going to straight up demand that Michael Bloomberg drop out of the race. You suck so hard Michael Bloomberg, you really, really do. You’re out there lying about your stop and frisk policy like, Oh, nobody called me on that while we were doing, yeah, we did. I, we did segments on uh, on ring of fire here talking about how racist it was and how racist you were for implementing it because you are and you were, and you still probably are too. You are a horrible candidate. You have no policies, you have no ideas, you have no backbone. The only thing propping you up at the moment is a stack of money and you think that that’s all you need because you think you could just buy your way to the presidency like Donald Trump did. We have candidates out there who would absolutely demolish Donald Trump both in a debate and electorally. Bernie Sanders comes to mind because that’s literally what all the polls are showing us right now. He stands the best chance at beating Trump. In fact, according to the last round of polling, he’s the only candidate that actually does beat Trump. Elizabeth Warren ties and Trump beats everybody else clearly. So don’t sit there and act like, Oh, I’m the only one who can do this. You’re going to get demolished because you suck so bad because your policies were horrible and how dare you say these people don’t have any management experience. Even the candidates. I don’t like actually have management experience. And you’re sitting there lying because you’ve got the money to lie because you’re out there already spending more than any other democratic candidate running ads in every state, including down here in my state of Florida, I’ve seen ads from you and I’ve seen ads from the other billionaire, Tom Stire haven’t seen a single one for any other candidate. And that’s sad and hopefully nobody down here is stupid enough, as I say, sitting in Matt Gates district to fall for your BS. But here’s the thing, if you want to talk about Trump would eat them alive, Bernie would beat a minute debate. Elizabeth Warren would beat him in a debate. I think Pete Buttigieg would beat him in a debate. Andrew Yang would beat him in a debate. I think even Tulsi Gabard would beat him in a debate. Julian Castro would beat him in a debate, and I think she’s out now, but Camilla Harris would have beaten him in a debate. And again, there’s some people I just listed that even I don’t like, but I’m not going to deny the fact that they’re good debaters and they’re all capable of taking on Donald Trump. If I didn’t name your candidate then, I’m sorry. Unfortunately, there’s probably little chance they would beat Donald Trump in a debate, but I’m just pointing out to mr Bloomberg here that nobody is going to get eaten alive if Democrats do the right thing and the right thing is to ignore the democratic establishment. Ignore what billionaires like mr Bloomberg have to say and vote for the candidates who are actually proposing policies to help the American public.