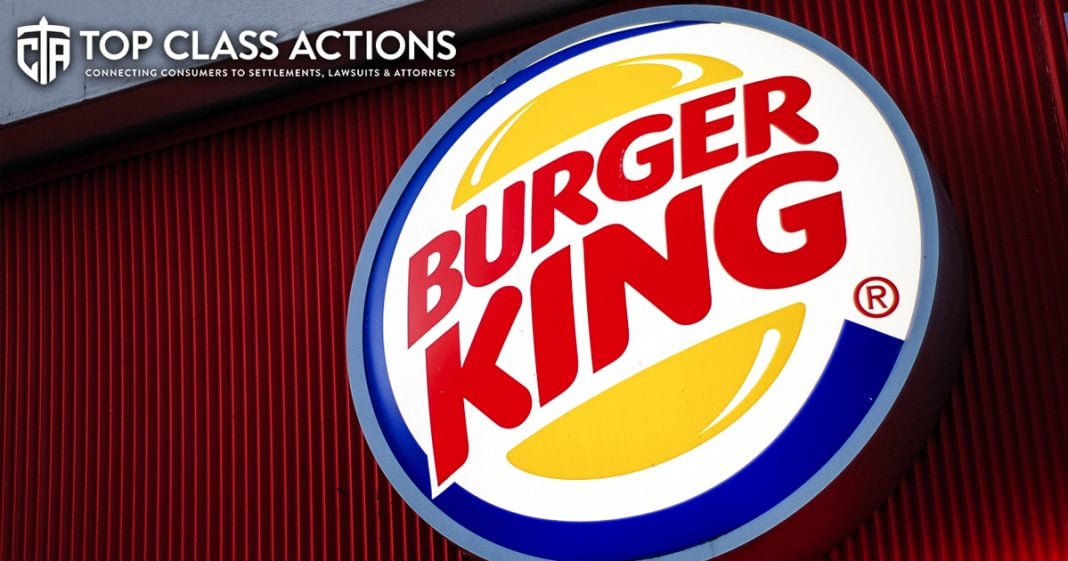 Burger King cooks its vegan Impossible Whoppers on the same grill as its traditional hamburger patties, according to a class action lawsuit filed by a Georgia customer. Plaintiff Phillip Williams says he’s a strict vegan who does not eat or drink anything with animal by-products. Ring of Fire’s Farron Cousins discusses this with Scott Hardy, the President of Top Class Actions.

Farron Cousins:                  Burger King made headlines just a few months ago when they introduced the impossible Whopper, a meat free version of their hugely popular Whopper burger sandwich. Now, they did this in order to market to people who are no longer eating meats. The, the, the vegans, the vegetarians, they wanted to expand their market to include all people in this country, which is to be honest, a brilliant strategy. But unfortunately for Burger King, they’re now facing a class action lawsuit saying that they’re cooking these impossible Whoppers that they’re marketing to vegans on the same grills on which they cook the regular meat.

Joining me now to talk about this is Scott Hardy with Top Class Actions, and Scott, this is very interesting because yes, we do know Burger King was and has been and still is to this day marketing this as, hey, this is a meatless burger. Meatless, there’s no meat juices, there’s no meat particles in it. It is the meatless burger. And you would assume based on those advertisements, based on all the marketing that that means this thing doesn’t ever come in contact with any meat.

Scott Hardy:                          You would assume that. But, unfortunately when you go to a Burger King, if you look in the back, you always see this grill back there where they’re just putting the patties on, it just wields them through over the flames and cooks them and then spits them out the other side. Well, the contention in this class action by this vegan is that people are expecting, the vegans that are buying this burger, aren’t expecting their burger to get contaminated by meat. But these vegan patties are going on the same grill that the beef patties are cooked on. And so that’s part of it. You know, it can get some contamination by sitting on that same grill and going across the grill. But the other part is that you will also have a beef patty cooked next to a vegan patty. So, this one’s popping and sizzling and putting all this fat and other meat byproducts over onto the vegan patty.

And we’ve received hundreds and hundreds of comments on this so far. We even received one from a viewer who said, I was expecting a vegan patty. I didn’t know why I got sick. I haven’t had any meat byproducts in years and I was physically ill that, you know, pretty soon after the burger because my body’s just not used to it. And that’s why, in their mind, that’s why they got sick was because they had that, that burger juice and everything splattering onto their, onto their vegan burger. So that’s really the crux of this class action, is these vegans are saying it’s not cooked and prepared in a vegan approved way.

Farron Cousins:                  Right, and a lot of it has to do with the marketing of this. You know, they, they are marketing it as vegan friendly saying that the burger is vegan, but you cannot make those claims if you’re cooking it on the same grill. If you’re allowing this, you know, contamination of the, the meat juices or, or splatters, whatever it is. You can’t make those claims if they’re not true. And in this case, if they are in fact cooking it on that same grill, then, then those claims would no longer be true. They would no longer be valid then you are looking at some, you know, some pretty big problems with the marketing campaign here.

Scott Hardy:                          You, you could be, you know, what I probably see happening here is the same thing that you do is that there’s going to be some updating of the signage. It’ll be a very small settlement for, you know, the, those interested. They might be getting coupons for some free impossible Whoppers in the future. But overall, you know, the, the audience is very split down the middle. For people who are vegans and vegetarians, they fully understand why this is an issue. But for those of us who are carnivores, a lot of those folks are saying, no, what’s the big deal? At least you’re getting your, your, your vegetarian patty, back off.

But that, that is just not the way it works for strict vegetarians. And, you know, they don’t want meat in their diet. They don’t want to have any meat splatter or juices or any kind of byproducts. They want to be able to get a strictly vegetarian burger. We’ll see how this one actually, you know, works out. But, I don’t see, I don’t see Burger King all of a sudden rolling out additional grills to all of their restaurants across, around the world.

Farron Cousins:                  Which to be honest, is a little odd. I mean, I did two years at a fast food restaurant in, in high school, McDonald’s. And everything there, no matter what it was, you had your different cooking surface. You know, the, the filet of fish had its own fryer. Nothing else could go in there because you didn’t want any of that fishy flavor going on anything else. The chicken nuggets had their own fryer. The fries did. You had a separate grill for sausage. Separate grill for the pancakes. Separate grill for the eggs. This is possible, right? This is something fast food restaurants are capable of doing. They did it 20 years ago. They absolutely could do it today if they chose to. So you’re right, this is going to be interesting. Burger King has the capability to do this. They, they I would assume have the money to do it. But are they willing to change their cooking methods or change their signs?

Farron Cousins:                  Yeah, they, they, Burger King seems to be between a rock and a hard place on this. So this will be an interesting one that we’ll definitely follow up on in the future. But, for more information about this, please follow the link in the description of this video and head to topclassactions.com and of course, make sure you sign up for their weekly newsletter. Scott Hardy with Top Class Actions, always a pleasure talking to you.