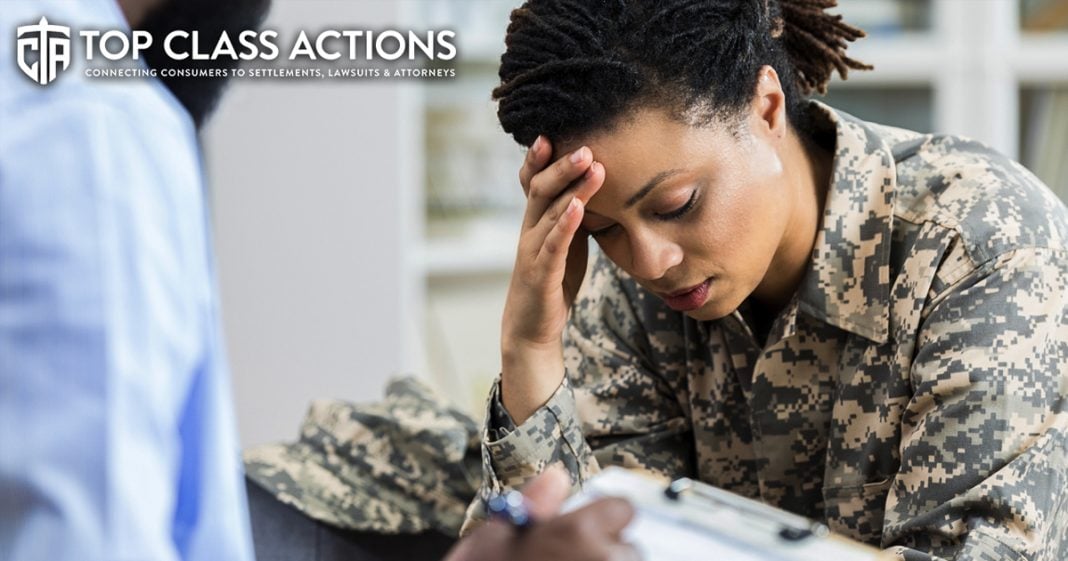 Those who serve in the U.S. Armed Forces or National Guard who are injured—whether they were on-duty or off-duty or on active duty or reserve—may qualify for up to $100,000 in tax-free benefits. This compensation is available to servicemembers under the Traumatic Servicemembers’ Group Life Insurance (TSGLI) program, which automatically provides coverage to any servicemember who is covered under the Servicemembers Group Life Insurance program. A study conducted by the Government Accountability Office (GAO) found that claims were routinely denied even when it appeared that they should have been approved. Dealing with bureaucratic inconsistencies can be difficult. Ring of Fire’s Farron Cousins discusses this with Scott Hardy, the President of Top Class Actions.

Farron Cousins:                  For many years now, the United States has done a rather poor job of taking care of our veterans, especially those veterans who come back from service with some kind of traumatic injury. Now, former president Barack Obama did attempt to change that in the year 2010 after years of mismanagement at both the veterans administration and within the federal government itself. But unfortunately today there are still far too many veterans who aren’t getting the care and the benefits that they are entitled to.

Joining me now to explain what’s happening is Scott Hardy with Top Class Actions and Scott, what I’m referring to specifically is called the veterans traumatic injury protection insurance. And now this insurance for those service members who opt into it is supposed to pay out in the event of one of these, you know, horrific really injuries that we see all the time with these veterans. But unfortunately that’s not typically the case. This is kind of proving to be a lot like regular insurance companies where you have a valid claim and they don’t want to pay it. So explain a little bit what’s happening here.

Scott Hardy:                          Right. This is a very interesting service policy. I had no idea about it until I was talking to one of the experts on this, C. J. Kishish, who’s actually one of the attorneys working on this investigation itself. And so it turns out that every armed forces member, when they sign up and they enlist, they have the option of signing up for, I think it’s a dollar a month for this specific insurance plan. And so you spend that dollar a month, it’s just you know, automatic. Why not right? And if you get injured while you’re active, you know, while, while your an active member, even if you were in the reserves, even if you’re at home, you qualify.

And this means that if you’re sitting there on base or off base building a bookshelf and you slice your pinky off, well that’s terrible and yes it’s an accident, that’s covered under this insurance policy. If you are putting up the Christmas lights, which many of us are doing right now, putting the Christmas lights at your house, you fall off your ladder and you hurt your back and you go to the hospital. That’s covered under this insurance policy. So you have thousands upon thousands of service members out there that have no idea this exists and that their injury they should get paid for.

If you have severe PTSD, that’s covered. Loss of hearing, there are, you know, there are so many different injuries that are covered. It’s the, the list is literally five and a half pages long, that it’s important that any service member was injured while they were actively enlisted or part of the service and they didn’t get paid, they should talk to one of these attorneys and see if they are covered. Because it’s literally leaving money on the table. And thankfully it is a relatively easy process to get paid as long as you’ve got a lawyer.

Farron Cousins:                  But, you know, we were seeing a lot more of this these days. Obviously the United States is involved in lots of conflicts overseas. You know, the middle East always a place where we’ve got troops and a lot of them are coming back with these traumatic injuries and that’s why in, back in 2010 Obama signed this into law to, to create this program. To say, listen, we understand, we’d all seen the stories for years and years about the VA. They’re not taking care of the veterans. They’re not taking care of the injured people. So Obama tried to come out and do this thing and make it helpful.

But unfortunately we see this all the time with insurance and this is no different than that. Insurance companies, whether it’s, you know, being run through the federal government, through their contractors or if it’s just one that you, you know, go sign up for, they always want to deny claims because that’s how they make their money. They don’t make a lot of money if they have to pay out to everybody who has a policy and the greed steps in. And I think that’s a lot of what we’re seeing right here now too.

Scott Hardy:                          Right. And another issue, a lot of these claims get denied because these are service members. They are tough individuals. They get hurt, they go to the hospital, they go to work and, you know, they’re not showing that they’re suffering this pain. And so then you need to get that lawyer that actually says, hey, by the way, no, they actually did go to the hospital. We have witnesses that said they had to cut down their duties at work and this is why they need to get paid. It’s, it’s, it’s a very difficult process. But the nice thing is this isn’t like suing the federal government. You know, all you’re doing is you’re submitting a claim. So the attorney works with you, fills out all the paperwork and then follows up and follows up and follows up. But unlike when you’re suing somebody, since this is just submitting a claim, people are typically getting paid within six months to a year of filing it.

So there’s not this long drawn out wait. If you’ve got that injury, the attorneys will fight for you. Again, they don’t get paid unless you do, but they make sure that your paperwork is filled out correctly. They follow up on the paperwork to make sure you get paid and, you know, that check comes a lot sooner. There aren’t big appeals processes. If you want to, you know, in a jury trial, all of a sudden the defendants filing objections and appeals, that doesn’t happen here. It’s very cut and dry. You were injured, it was covered under this list of injuries. You submit your claim and you get paid.

Farron Cousins:                  And I, I think you brought up a really good point there too, just about the filling out all the paperwork and making sure it’s all correct because we’ve seen too many cases in the past where, where these companies dealing with any kind of insurance policies, you misspell a word, right. You, you accidentally write down the wrong number on your address, they’ll deny. They will absolutely go through it with that, you know, fine tooth comb to find any kind of little error that can be like, oh well, nope. You said this was your address, but we have it as this, you’re not covered. So that is another benefit of having these attorneys there. They go through it, the staff goes through it, they give it back to you to go through it. You get lots of different eyeballs. Everybody can make sure that it’s all correct and that was going to reduce your chances of being denied for one of these little, you know, typographical errors that we see.

Farron Cousins:                  Absolutely. For more information about this issue, please follow the link in the description of this video and head over to topclassactions.com and while you’re there, make sure you sign up for their weekly newsletter. Scott Hardy with Top Class Actions, thank you very much for telling us this story today.