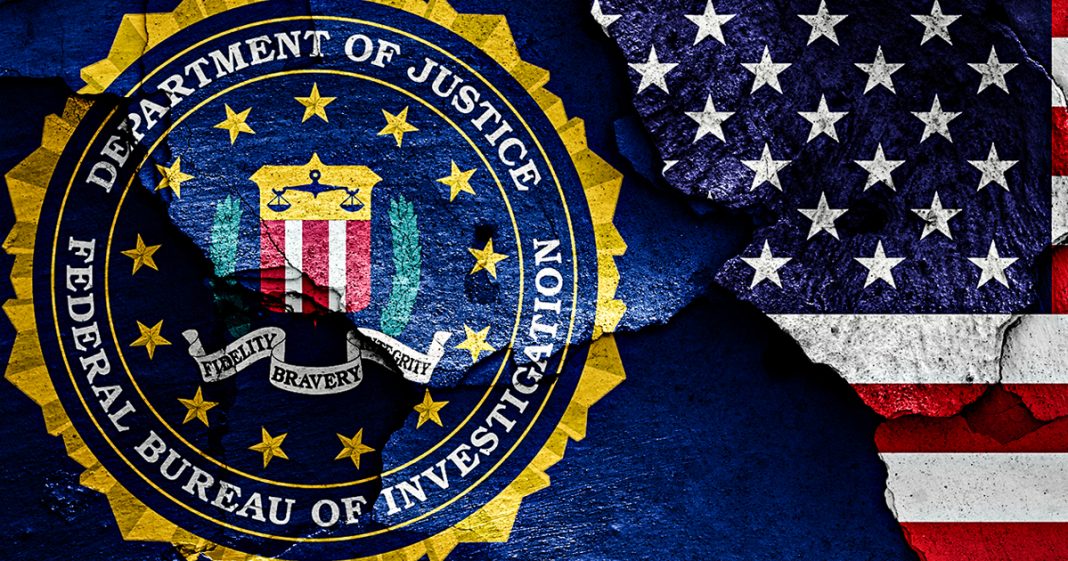 Former FBI lawyer Lisa Page, a frequent target of Donald Trump, has sued both the FBI and the Department of Justice for releasing the text messages between her and Peter Strzok. In her lawsuit, she claims that there was no reason why these messages should have been released to the public, other than to damage her reputation and her career. Ring of Fire’s Farron Cousins discusses this.

*This transcript was generated by a third-party transcription software company, so please excuse any typos.
Former FBI lawyer, Lisa Paige yesterday announced that she has sued both the FBI and the department of justice for illegally and irresponsibly leaking 400 text messages between Lisa Page and Peter struck to the media and to the public. Now the reason she filed this lawsuit on Tuesday rather than filing it, you know, a year or so ago, she, she resigned in may of 2018 but the reason she’s filing it now is because she has essentially thanks to this uh, inspector general report been vindicated. It was determined in that inspector General’s report that Lisa Page, her text messages, her relationships with Peter struck nothing related to Lisa Page whatsoever, was the reason Trump was investigated. Nothing having to do with Lisa Page led to any investigation with Donald Trump. Now some of the other conclusions in the inspector General’s report, I guess that’s a little up for interpretation because both Democrats and Republicans are taking a victory lap saying that the report vindicates them decide for yourself on that. But what we do know is that yeah, Lisa Page is correct. She was vindicated and now she’s suing because the release of those text messages with Peter struck had absolutely nothing to do with anything and instead was a massive violation of her privacy. She also has a pretty strong case should she choose to go this route of defamation against Donald Trump. After all, just a month and a half ago, Donald Trump was at a rally where he pretended to fake an orgasm when talking about Lisa Page and Peter Struck, the audience loved it, but Lisa Page said it left her feeling like she got punched in the gut. Watching the president of the United States sitting in front of thousands of people mocking your sex life. I can’t imagine that that is going to help her get a job anytime in the future. So yes, she has a very strong case for defamation against the president and a very strong case against both the FBI and the department of justice. We didn’t need to know what was in those text messages, apparently thanks to the inspector General’s report that wasn’t relevant to anything. The reason they were released was because Donald Trump and all of his other lackeys in his administration at the time needed an excuse. They needed an excuse to say that the entire Mueller investigation was politically motivated, that there was some kind of deep state coup taking place by the Democrats against the Republicans. And Lisa Page and Peter Struck became the scapegoats, but they shouldn’t have been. I hope Ms. Page prevails in her lawsuit, and I hope that she goes further and files a suit of defamation against Donald Trump. She was wronged in this instance, and that inspector general report confirms that.