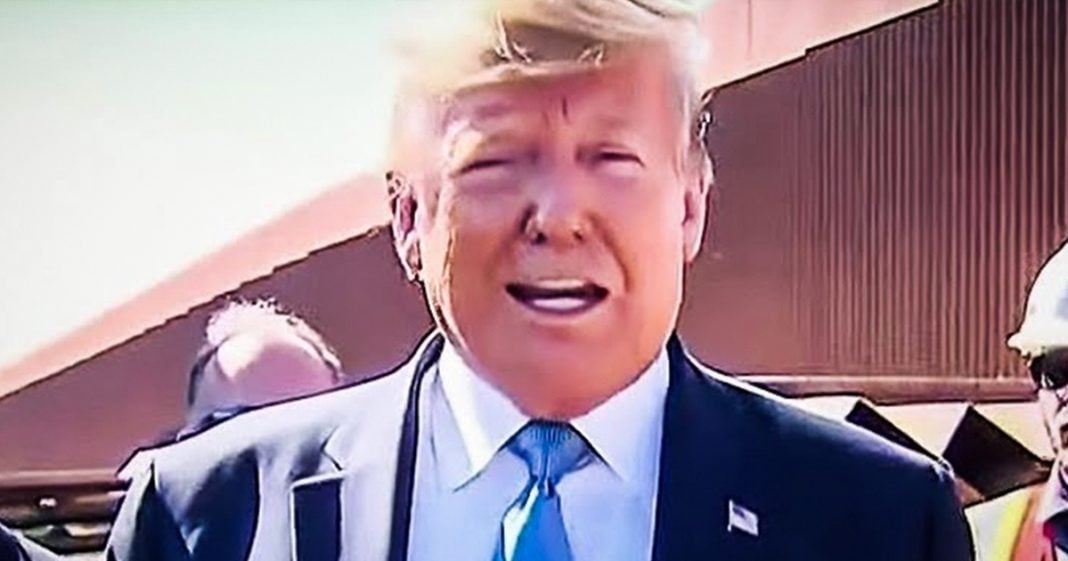 Donald Trump suffered a major setback on his signature policy this week when a federal judge in El Paso ruled that the President cannot take $3.6 billion from the military budget to pay for his border wall. This decision will certainly be appealed, but at least for the moment it puts the brakes on his disastrous and bigoted policies. Ring of Fire’s Farron Cousins discusses this.

Yesterday, a federal judge in El Paso, Texas dealt a major blow to the Trump administration and one of their signature policies and that blow came in the form of a ruling that said that Mr. Trump, you are not going to use more than $3 billion from the military budget to fund part of your border wall. Now, originally the Trump administration had allocated about $10 billion for the construction of their border wall. And yes, those were US dollars, Mexico is in fact not paying for this thing as Trump had promised us, but 3.6 billion of that 10 billion, he was just taking out of the military budget via his emergency declaration. Now, this judge in El Paso has said, guess what, Mr. Trump, you can’t actually do that. Congress had allocated this money for a different purpose and you just claimed that suddenly there’s an emergency, so you get to do whatever the heck you want with this fund money and you can’t do that. Congress has the power of the purse, as they say, not the president of the United States. Obviously this is going to be appealed, but in the meantime, it’s going to put the brakes on one of Donald Trump’s most disastrous policy proposals. This border wall will do very little, if anything, to stop illegal immigration into the United States. Furthermore, illegal immigration into the United States is not that big of a problem that we need to spend $10 billion on a very easily climeable wall. That’s just not the solution, but more importantly, this is going to set up a showdown later on in the courts, probably at the Supreme Court about presidential powers. After all, that is what this ruling entailed, president, you do not have the power to reallocate this money that was already allocated by Congress. If the Supreme Court agrees with that, that could effectively put an end to this entire border wall. But, if the Supreme Court goes along with it, suddenly one of the best powers that Congress has becomes null and void because that sets the stage for any future president to take any budget, any dollar that they find lying around and spend it on whatever they want. This isn’t going to be good for the country, certainly not for the future of the country, if a later court decides that the president and not Congress has control over the federal budget.