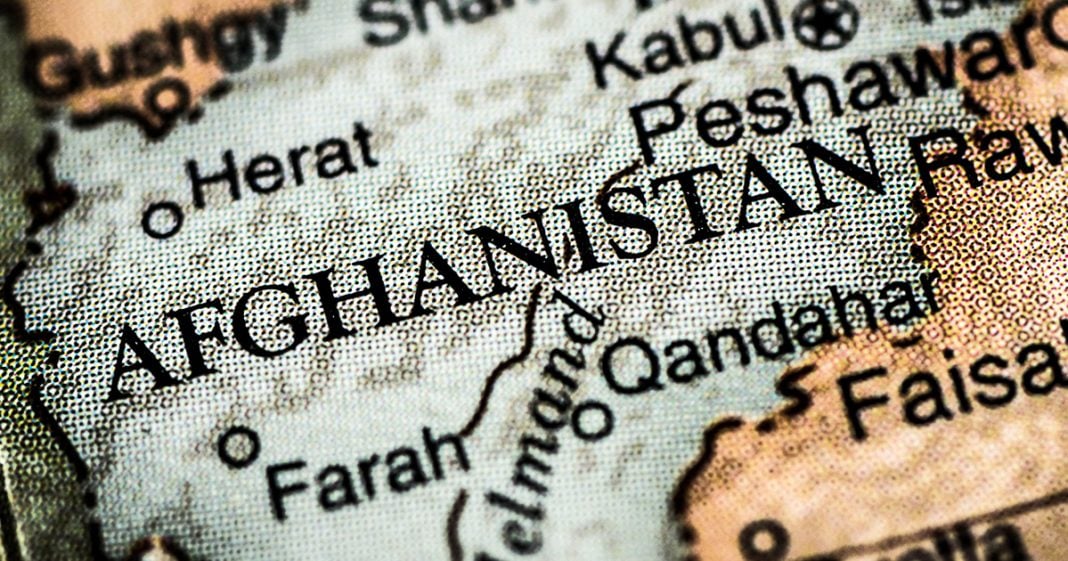 The Washington Post has released more than 2,000 secret documents from the federal government, showing that we have been repeatedly and constantly lied to about the war in Afghanistan, and that even those inside the government understood that this was an unwinnable war. This isn’t anything that we didn’t already suspect or have some evidence to back up, but this just confirms that U.S. foreign policy in the Middle East has been an unmitigated disaster. Ring of Fire’s Farron Cousins discusses this.

*This transcript was generated by a third-party transcription software company, so please excuse any typos.
So the Washington post managed to get their hands on more than 2000 pages of documents that include interviews and testimonies from more than 400 people in both the federal government and the military that clearly and explicitly state that we have been lied to about the war in Afghanistan since day one. Most people watching this, your immediate reaction to hearing that is, yeah, we know. That was my immediate reaction upon reading this story as well. Yeah, we knew, but the problem is for the Afghanistan war, we didn’t necessarily have all the evidence needed to really back up those claims. We had a little bit. Sure. Yeah, absolutely. We knew the war was started based on lies. That evidence is available, but all the other lies throughout the years is kind of what this article and these documents focus on because it’s not just the fact that the war was started based on lies. It was that we have been consistently and repeatedly lied to about how much progress has been made over there. You have one, uh, a three-star army general, Doug Lute in 2015 said, what are we trying to do here? We didn’t have the foggiest notion of what we were undertaking. You have another one, a army Colonel Bob Crowley says, every day to point was altered to present the best picture possible. Surveys, for instance, were totally unreliable, but reinforced that everything we were doing was right. And we became a self-licking ice cream cone. Uh, the head of the, uh, federal agency who carried out the interviews said the American people have constantly been lied to. And that’s just a tiny little sampling of what the Washington post was able to find in these documents. Don’t forget, we’re still over in Afghanistan right now. We still have American troops on active duty deployed in Afghanistan. And every one in charge of those troops understands that they can’t win. They have called this an unwinnable war in these documents. They don’t even know what they’re doing. They’re just there. They’re just there to kill people and hopefully, maybe at some point they kill enough of the right people and maybe that ends it. They don’t know. We don’t know, but we do know that they’ve been lying to us since the start of this disastrous war in the middle East. This isn’t just about Afghanistan. This is about the entire us foreign policy with regards to the middle East. This is what we see all the time. They make up a threat. They go over there, start dropping bombs, start shooting their guns, and then they don’t know what to do. At least with the first Iraq war. There was an end we left after we thought we had finished whatever it is we were attempting to do protect oil fields and Kuwait, which we shouldn’t have even gone over there to do anyway, but at least we brought people back home with Iraq, not so much Afghanistan. Nope, and now we have an administration that just a couple of days ago was once again threatening to go to war with Iran. They’re threatening to send troops across the U S border down into Mexico. Our foreign policy is an abject failure, not just a disaster. At this point, it has been a failure for all of our money, for all of our military budget. All of our troops, all of our training and all of our intelligence. We still consistently get it wrong and we get it wrong because they’ve never been honest with us to begin with about why we’re even starting these Wars. It’s not about protecting people overseas. It’s not about rooting out the bad guys. It’s about resource extraction. That’s what it’s about now. That’s what it was about in the early nineties and that’s what it’s going to continue to be about. So in spite of all this evidence that we’ve been lied to from the start, don’t expect Trump to be like, okay, well let’s pull the ball back then. We know this is unwinnable. Nope. They want more defense contractors want to sell more tanks and planes and guns, and they’re going to push for this war to continue until they can’t sell anything else from it.