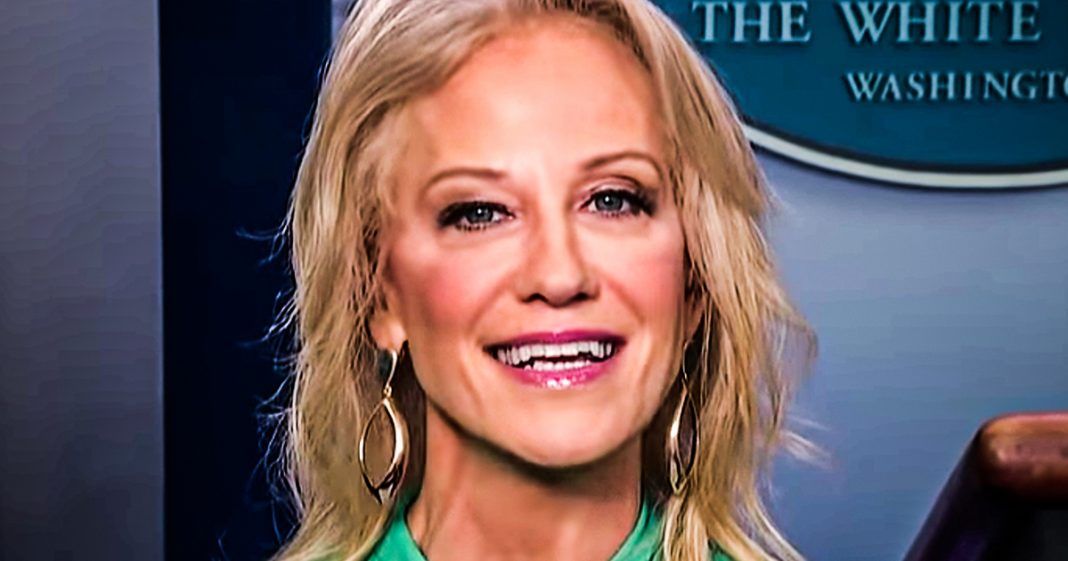 During an appearance on Fox & Friends on Monday, Kellyanne Conway was asked if Rudy Giuliani went to Ukraine to work on projects for the president. Conway claims that she has no idea what Rudy is doing over there, trying to distance both herself and the President from his increasingly-volatile lawyer. Ring of Fire’s Farron Cousins explains what’s going on.

*This transcript was generated by a third-party transcription software company, so please excuse any typos.
Yesterday, Kellyanne Conway spent a little over 10 minutes on Fox and friends talking about all kinds of things, but most specifically the inspector general report and the impeachment against Donald Trump. But there was one point in yesterday’s segment where Brian Kilmeade actually asked a decent, honest question, Kilmeade, ask Kellyanne Conway, point blank. Uh, is Rudy Giuliani representing the president and the Ukraine and is the president going to use that material to bolster his case or is he acting on his own? Now I’m going to get back a little more to his question in just a second, but here is what Kellyanne Conway had to say in response. She said, well, Rudy is one of the president’s personal attorneys and I think that was particularly true during the Mueller investigation, since that was an executive branch, department of justice investigation. I don’t know what Rudy’s doing in Ukraine. I know what I read, but I also know that I have no idea of what he’s going to produce. So that’s a hypothetical I cannot address at this moment. Now Kilmeades question was a bit loaded, you know, is you over there in Ukraine for the president or is he over there on his own and Kellyanne Conway said, look, I have no idea. He’s just kind of over there. I mean maybe he’s doing something, but really who knows? I can’t comment on this and believe it or not, folks, that is actually Kellyanne Conway very gently and mildly shoving Rudy Giuliani under the bus probably in the little sweetest way you could imagine, but she’s still just put him under the bus because what you did there, Kellyanne was you gave a little bit of distance between the white house and Rudy Giuliani. That doesn’t actually exist in the real world by saying we don’t necessarily know what he’s doing. We don’t know if he’s there for Trump. We don’t know if he’s just there for himself. You’re now creating a distance that doesn’t exist. Republicans have made it clear in recent weeks that they are going to try to throw Rudy Giuliani under the bus. They have tried to paint him as some kind of rogue actor close to Donald Trump who’s just over there kind of doing all this stuff Willy nilly on his own. Trump doesn’t know about about it. Republicans don’t know about it. This is just Rudy being Rudy and Kellyanne Conway just perpetuated that myth on Fox and friends yesterday. That’s what her statement was all about. We don’t know what he’s doing except of course for the fact that Donald Trump has already said he knows what he’s doing. He knows exactly why he’s there because Trump tweeted out just a couple of days ago the, yeah, Rudy’s got some great stuff and he’s going to come back and deliver a report to Congress. He said he’s got all kinds of great info and he’s going to tell Congress, so Donald Trump clearly knew that Rudy was there and what Rudy was doing. So Kellyanne Conway’s lie now becomes even less believable when you look back three days ago and see that her boss already said, Oh yeah, he’s getting stuff for me, so now suddenly Kilmeades question goes from being an actual honest question to be- being completely dishonest and allowing Kellyanne Conway the opportunity to once again lie to our faces because they want Giuliani to be the fall guy instead of acting as Donald Trump’s henchman, which is what most of the country right now sees him as.