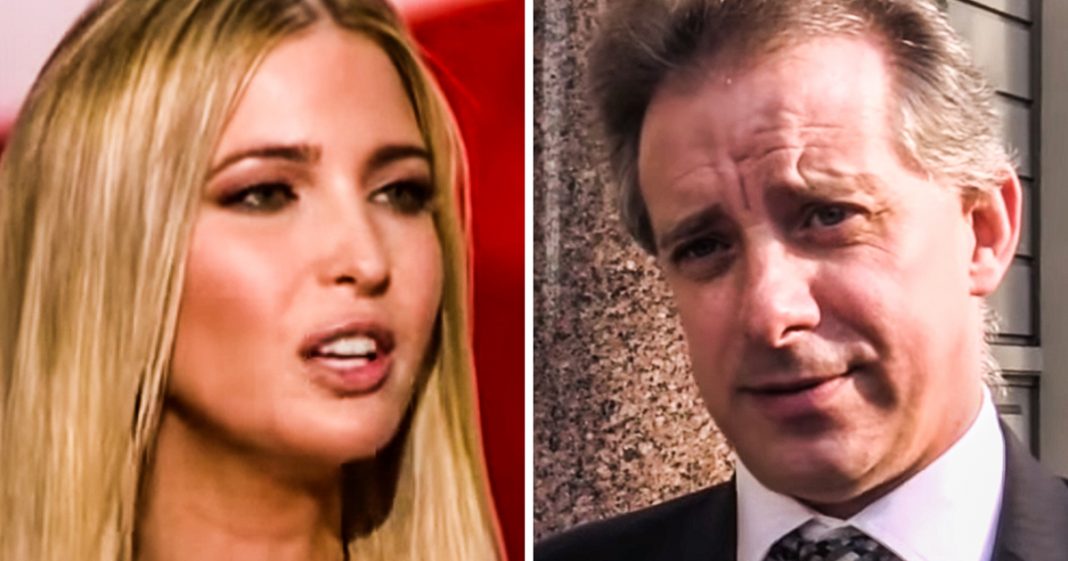 With the Inspector General’s report claiming that Christopher Steele had been “friends” with Ivanka Trump for years before he worked on his infamous dossier, a popular Republican talking point has now been fully destroyed. Republicans claimed that Steele was an operative for the Democrats, but the IG report explicitly states that Steele had a working relationship with Ivanka and the two were even preparing, at one point, to work on projects together. Ring of Fire’s Farron Cousins discusses this.

*This transcript was generated by a third-party transcription software company, so please excuse any typos.
For roughly three straight years. We have seen Republicans, we have heard Republicans all out there telling us that Christopher Steele, the former British spy, was absolutely an operative working with the Democrats trying to take down Donald Trump. That dossier that he put together, some of which has been corroborated, some of it has not. Uh, it was released roughly about three years ago. And here’s the thing. Yesterday we got the inspector General’s report talking about the investigation into Donald Trump, how it started, what were the roots. And so obviously a big portion of that inspector General’s report focused on Christopher Steele, the guy who put together the dossier. And in the report we found out that Christopher Steele did in fact not have a huge bias against Donald Trump. And that at one point, starting roughly 10 years prior to the dossiers, a compilation, he actually had a working relationship with Ivanka Trump. That is what we found out from the IG report yesterday that Christopher Steele, this former British spy, met Ivanka Trump at a fancy dinner. The two of them kind of seem to hit it off, emailed back and forth for years. Met up at least once at Trump tower. They were planning a second meet up at Trump tower Steel, wanted to work with them and in the uh IG report Steel actually came out and said, if anything, I went into this with a pro Trump bias. Now let’s be clear, this inspector general report does not indicate that Mr Steel and Mrs. Trump ever had any thing more than a working relationship, but they did meet up, as I mentioned at Trump tower. They emailed back and forth for years and it really does lead one to speculate about what the nature of that relationship was. But that’s a story for a different day. The story today is that another Republican talking point has been murdered and that is that Christopher Steele was some kind of anti-Trump democratic operative who put together this dossier to destroy the Trump administration. If anything, Christopher Steele’s, the kind of guy who probably wanted a job there, he certainly wanted a job or at least to work with in some capacity or another, Ivanka Trump. And we know that now. We now know that Republicans have been lying to us for three straight years about who Christopher Steele is and what his motivations are. And the worst part about it is that Ivanka Trump sat there for three years. Knowing dang well, she knew this guy. She knew who he was. She could have picked him out of a lineup because they’d hung out in the past and she said nothing. She let these attacks against Christopher Steele from her own party, from her father continue because she was too embarrassed or to ashamed or maybe just too scared to speak up about the fact that she knew this guy and she knew him pretty well.