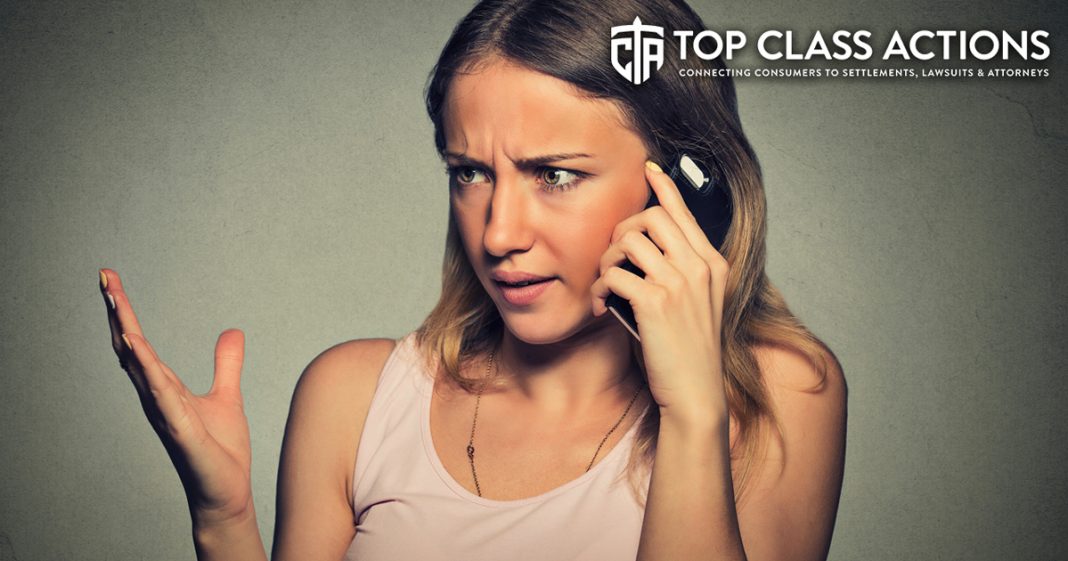 In today’s economy, debt collectors are more aggressive than ever.  More and more debt collectors working for major banks, credit card companies, student loan companies, and even debt buyers, are violating debt collection laws. Millions of Americans have been victims of unethical and abusive debt collectors.  Unfortunately, many consumers do not realize that they have legal rights. Ring of Fire’s Farron Cousins discusses this with Scott Hardy, President of Top Class Actions.

Farron Cousins:                  Unfortunately for tens of millions, if not hundreds of millions of Americans, debt is something we have to live with every single day. And more and more these debt collection companies are calling us, texting us, emailing us, and otherwise harassing us to pay outstanding balances. Even some that we’re already making payments on. But what a lot of people don’t realize is that most of this harassment is technically not allowed by law.

Joining me now to help explain your rights against these harassing debt collectors is Scott Hardy, the president of Top Class Actions and Scott, this is something that a lot of people know all too well. These phone calls, the text messages, the robo calls saying hello, you may owe money to some, it happens constantly. But we have rights, don’t we? I mean, they can’t just do what they’ve been doing and they could be facing serious lawsuits as a result of this.

Scott Hardy:                          They absolutely can be. And that’s, it’s such an insulting thing for someone who’s going through problems. They’re trying to get their debts paid. You know, they might have credit card debt, student loan debt, medical debt. There’s just a mountain of ways that you can get crushed by debt in this country and the debt collectors don’t play fair. They, they a lot of times are violating the FDCPA, the fair debt collections practice act. And if they do that, that opens them up to big fines and what could be big money in your pocket. If you have debt collectors that are calling you at all hours, day and night, that’s very likely a violation. If they’re contacting your friends, your family, or your job about a debt, that is a very likely violation.

If they’re threatening you and they’re saying you need to pay this or else, you know, we’re going to take your dog away making lots of terrible threats, that’s a violation of FDCPA. If they’re trying to collect on a debt that isn’t even yours, and we hear that all the time, I’m getting called about something that was my cousin, my friend, something. You know, somebody who lived at this house before, it wasn’t me, that’s a violation. There are lots of different ways that these debt collection companies are threatening people and trying to make them pay and they’re breaking the law at the same time, even if it’s a valid debt.

And that’s what people have to remember. Even if you actually owe the money, it doesn’t allow them to threaten and abuse you. They need to call you during normal waking hours. They can’t make all these threats. And if they aren’t doing that, then you can sue them. And that’s what these attorneys are going after a lot of these debt collectors for, for abusing and violating the FDCPA.

Farron Cousins:                  You know, I can understand there’s, there’s probably some folks out there who may not understand or realize that they owe some of these debts. Maybe there was something left over from a medical bill that they thought their health insurance, you know, had covered, but maybe they left, you know, $15 on there because that was part of the deductible, copay, whatever. So, sure, there’s probably some instances where people get these phone calls and they say, oh my goodness, I completely forgot about that. Thank you for reminding me. For the rest of us, we know we owe the money. We don’t need the phone calls every single day. That’s not going to make us pay these debts any faster. It’s not going to make the money appear in the bank account for us to be able to pay you.

At that point, it is simply just harassment of letting you know, hey, I know we talked yesterday but you still owe us $1,500 for the time you broke your arm. You know, I, I had to go to the emergency room because my doctor was out of town and I, I had an issue that needed to be addressed that day, so I had to go to the emergency room. Two days after that bill showed up at my house and I had my, my flex account to make a big payment on it, I was already getting a call from a debt collector. They had turned it over and it hadn’t even been a month. I had the bill for two days. I had to call the hospital and get them to pull it out of collections.

I said, this has been two weeks. I don’t understand what’s happening. I just got your bill and I’ve gotten two phone calls from a debt collection company for this already. And they are getting more aggressive. The, the, the companies with this, not just the debt collectors but the people you owe money to. And this was a bill again, I was about to pay it. I had no problem with that. I have the money set aside to do that for emergency. And they had already said, this guy’s probably gonna welsh on it. Let’s give it to the collection agency and have them harass him every couple of hours. It’s nuts. It’s nuts.

Scott Hardy:                          Yeah, it’s, it’s crazy. And it’s, it’s sad because there’s a big long list of banks that are well known that are being investigated for this. You know, it’s everybody from Citibank to Comenity Bank, Credit One Bank, even stores Fingerhut, Kohl’s. Any places where you could get a credit card by shopping there. You’ve got these, these businesses that may be violating the fair debt collections practice act by, by harassing their customers. And so I just always like to reiterate, because I get, I get questions from viewers and I get emails and messages from friends on Facebook saying, Scott, these people keep calling me. I owe the debt. Is this legal? You know, they were calling my, my, my spouse about it.

They were calling my boyfriend about it. How is that legal? And it’s not, it’s not legal. So you’ll want to check your rights. You, you, you want to make sure that if you, even if you owe the debt, it’s not legal to be abused by the debt collector. Now the Trump administration has been working on possibly rolling some of these protections back from consumers and allowing them to be abused more, but different government agencies are fighting the administration on that. Of course, consumer attorneys across the country are fighting against this because we are, we want to protect consumers.

We don’t want to make it easier to harass and violate the rights of consumers. So check your rights, go to topclassactions.com and see if you can get some justice for yourself and others. Because you know if you’re getting called by that debt collector, they’re calling a lot of other people and pulling the same crap on them. So report it and hopefully get somebody to fight for you.

Farron Cousins:                  Right. If this is something that happens to you, please follow the link in the description of this video. It’s going to take you to Top Class Actions. Everything you need to know about this ongoing investigation is right there at that link. And of course, while you’re at Top Class Actions, make sure you sign up for their weekly newsletter. Scott Hardy with Top Class Actions, always a pleasure talking to you. Thank you.