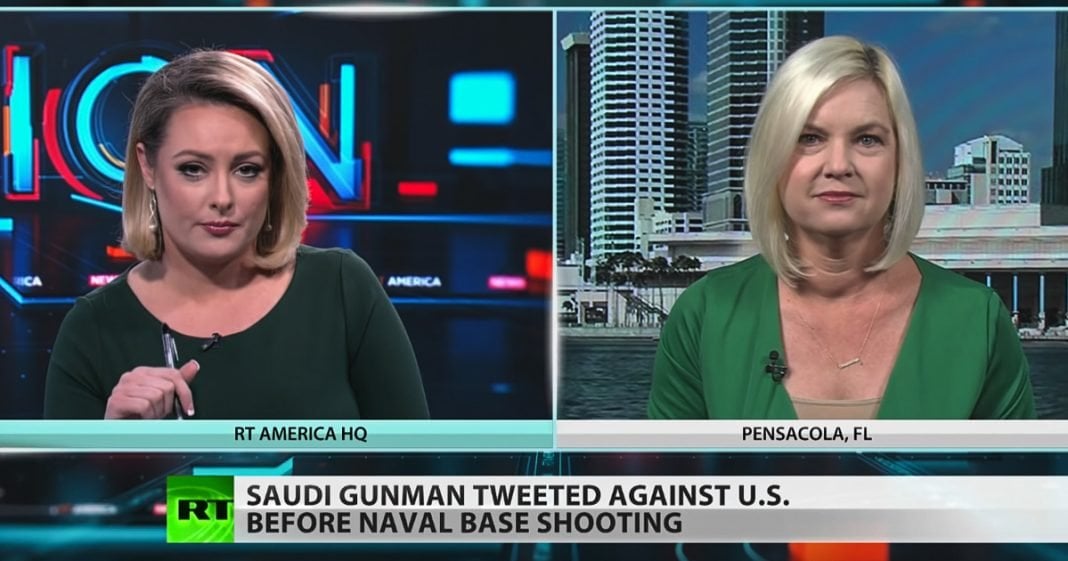 Via RT America: Federal investigators are trying to piece together the details of Mohammed Alshamrani’s life after they say he opened fire at Naval air station in Pensacola in Florida, killing three people before police fatally shot him. The FBI is leading the investigation and for now agents believe the shooting to be an “act of terrorism.” Journalist and “America’s Lawyer” contributor Mollye Barrows reports from Pensacola.