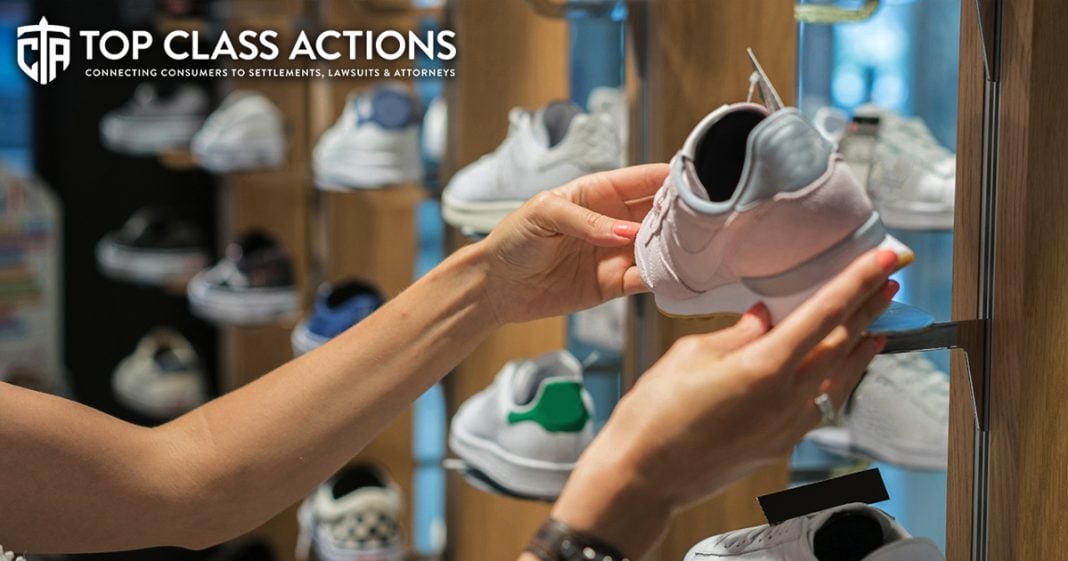 A class action lawsuit recently removed to federal court claims that Nordstrom advertises fake sales at its Nordstrom Rack to entice customers into purchasing their products. The Nordstrom fake sale class action lawsuit was filed by Laurie Munning who says that in July 2017, she visited a Nordstrom Rack in New Jersey. Allegedly, while she was there, she saw price tags that advertised significant discounts and sales on items. These advertisements included percentages off of product prices. Munning says she understood from the tag that the shoes were originally offered at $90, and that she was receiving a 22 percent discount. The plaintiff claims that because of the advertisements, she believed that the shoes had a value of $90. However, the Nordstrom Rack class action lawsuit alleges that the shoes were not actually offered at a higher price. Munning says she was financially injured because she was denied the bargain of her purchase. Ring of Fire’s Farron Cousins discusses this with Scott Hardy, President of Top Class Actions.

Farron Cousins:                  Everybody knows that shopper’s like a bargain. When you go to the store, you see something on sale, you are more inclined to purchase that product if you think you’re getting a good deal on it and that little basic bit of human psychology is well known by corporations and retailers and they’ve been using that to sell more products. And it’s perfectly fine to do that when you actually are putting the item on sale. But unfortunately as we’re seeing happen more and more often, a lot of these sales aren’t in fact sales at all.

Joining me now to talk about the latest example of this is Scott Hardy, President of Top Class Actions and Scott, what we’re talking about today is Nordstrom Rack. The outlet version of the Nordstrom department store marking something as, hey, this is a great discount. It’s, you know, x percent off of what it would be in the regular store. You’re getting a good deal, buy this thing today. None of that is true according to a new lawsuit, at least on certain products. So tell us, tell us what’s happening.

Scott Hardy:                          Yeah, we’ve covered these factory outlet class actions a lot over the past, I’d say seven or eight years and it’s because as you said, people want to get a good deal. I remember as a kid going out to the factory outlet trying to save some money. Well now you have a lot of these big brands that are either putting out these products just for their factory outlet stores or in this case, according to this class action, making up a sale price. They had a pair of shoes that on the tag it said compare at $90 and then it had the, their price $69.97, 22% savings. So the plaintiff went in there and thought she was getting a good deal for the shoes. She thought, hey, these are on sale. I’m saving 20 bucks, 22% savings. This is great. Well it turns out that’s just the regular price.

There is no sale. That’s just the price. It always is at that store for that pair of shoes and we see that time and time again at factor outlets where there is no sale. The prices that are listed are completely fabricated. So it’s just saying, hmm, this looks like it could be a $5 pen, but I’m going to sell it to you for $3. So, hey, you just saved two bucks. That’s a sale. Sale price. Save now, buy it now. And it’s not, we’ll see how Nordstrom does in Nordstrom Rack. Nordstrom of course, is world famous for their customer service. So I hope that they come together with a good solution for their customers. I’d be surprised if they don’t, but we need to see factory outlets as a whole, change their game around and be honest with consumers and tell them what the real prices are.

Farron Cousins:                  Right. And you and I have spoken plenty of times about these other places, you know, that, that advertise these massive going out of business sale, everything up to 90% off. This is common. I mean, and we’re starting unfortunately, to see this more and more because it is basic human behavior. If we think something is a good idea or good deal, excuse me, we’re more inclined to purchase it. And so when they put those big arrows there, the big, you know, 50% off. We’re more drawn to that item. Our eyes are drawn to it. It’s colorful, it’s big, it’s flashy, the signs are there and they know that and they use that to manipulate us. And to me it looks like that’s exactly what happened to the woman who is the lead plaintiff in this class action here.

Scott Hardy:                          Exactly. You know, they made her think that this was a special product, a special price and it wasn’t, you know, that’s the regular price. She wasn’t getting a good deal at all. There wasn’t any additional discount on that. It was just the regular price for a product. And, the class action is stating that it’s illegal for a company to sit there and list a comparable price and then a discount below it and pawn that off on the end customer as a sale. It’s misleading. It’s deceiving and frankly it’s got to stop.

Farron Cousins:                  Right. And also on the, the customer stand point of it, when something’s on sale, sales are temporary. So eventually either they’re going to stop carrying the product altogether. So you have that kind of scarcity mentality. Well, if I don’t buy it now, they may not carry it anymore. Then you also have, well it’s on sale today, but is it on sale tomorrow? When does the sale end? If I’m on the fence about getting something and I say, oh well it’s, it’s cheaper today. It could be more expensive tomorrow. I’d be a fool to not purchase today. So there’s so much manipulation happening here, you know, even though it seems so simple.

I’m sure a lot of people might see this as hey, okay, well they weren’t really offering, no, this is deep manipulation by these corporations. They do it all the time, but hopefully they’re not going to be getting away with it the way they have been for years. That, that’s why these class actions exist and that’s what we’re trying to put a stop to, isn’t it?

Farron Cousins:                  Absolutely. For more information about this issue, please follow the link in the description of this video and head over to Top Class Actions and make sure, while you’re there, to sign up for their weekly newsletter, stay on top of all of the issues like this plus many more every single week delivered directly to your inbox. Scott Hardy, Top Class Actions, thank you very much for talking with us today.