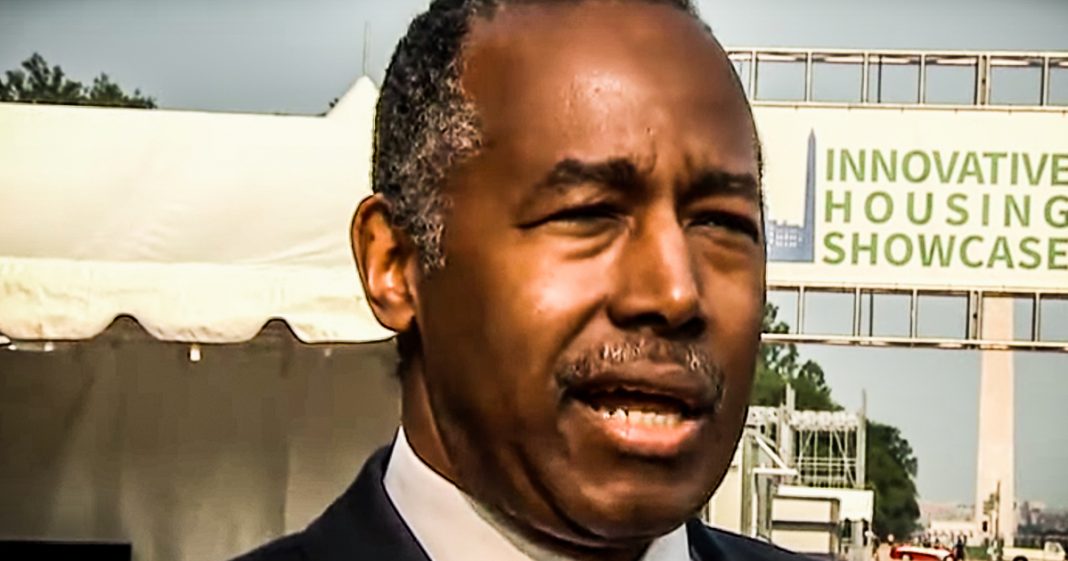 Ben Carson’s Housing And Urban Development Department are holding up $18 billion in aid that was designated for disaster relief in Puerto Rico. Even though HUD employees have testified that they know withholding this aid is illegal, they are continuing to withhold it from the island that is still trying to rebuild after 2017’s Hurricane Maria. Carson is pushing Trump’s conspiracy theories in withholding the aid, as Ring of Fire’s Farron Cousins explains.

*This transcript was generated by a third-party transcription software company, so please excuse any typos.
Ben Carson’s department of housing and urban development is illegally withholding $18 billion in aid that was passed by Congress to be given to Puerto Rico. Now this money, which is actually two separate aid packages, one worth about 10 billion, one worth about 8 billion. Put them together. That’s the 18 billion. They were meant to help not just rebuild everything that was destroyed in 2017’s hurricanes, Maria and Irma, but also to bolster their infrastructure to prevent such catastrophes from having such a catastrophic effect on the Island in the future. That is what this money was allocated for. And many, many months ago, you had Congress demand representatives from HUD come in there and testify as to why this aid was being withheld. Seems to be a common theme among this administration, right. Withholding aid because you don’t like somebody or they’re not doing what you want them to. But nonetheless, the members of HUD who did testify before Congress said, yeah, we know we are illegally withholding this money, but we’re still gonna do it. And that was the end of it. They had until September 4th to uh, tell the Island of Puerto Rico how to fill out their request for the money and they didn’t do it. So now it’s been over three months since they blew past their deadline and they still haven’t done it. So Puerto Rico is sitting there waiting for this $18 billion not knowing how to even fill out forms or what forms to fill out to get the money because HUD won’t tell them. And the reason HUD won’t tell them according to their own testimonies is because they’re afraid that the corruption in Puerto Rico is going to make this money not go to where they say it’s going to go. So we’re not going to give it to them and we’re not going to even tell them how to fill out the forms. And again, this is the department being run by Ben Carson. Well, it’s not clear at the moment if Ben Carson is actually directing this. It is pretty obvious that Ben Carson’s special level of incompetence has now bled through the entire HUD agency because that is what this is. They are repeating the failed bogus talking points of Donald Trump that Puerto Rico is some kind of hot bed of corruption, that everything down there is so poorly mismanaged that that is why the hurricane destroyed you. The truth is that Puerto Rico for years and years and years was taken advantage of by predatory lenders, by the big banks, by wall street. They went down there, sold the government trash bonds that the banks knew were garbage and were worthless, took all the money they could out of the Island and then when the bonds failed, Puerto Rico suddenly had no money left. The big banks made away with billions after scamming Puerto Rico. There are massive lawsuits taking place right now from people on the Island trying to get their money back from these big banks. And this was what, 10 years ago almost, and they’re still fighting this out in court. So there may be a corrupt politician here and there in Puerto Rico. Sure, absolutely. You find that in every city across the country. But if you want to talk about mismanagement, if you want to talk about true corruption, don’t look down at Puerto Rico. Look up to wall street and the banks that help to destroy this Island or look at HUD and the fact that they are illegally withholding $18 billion from these American citizens because they pissed off Donald Trump after the hurricane.