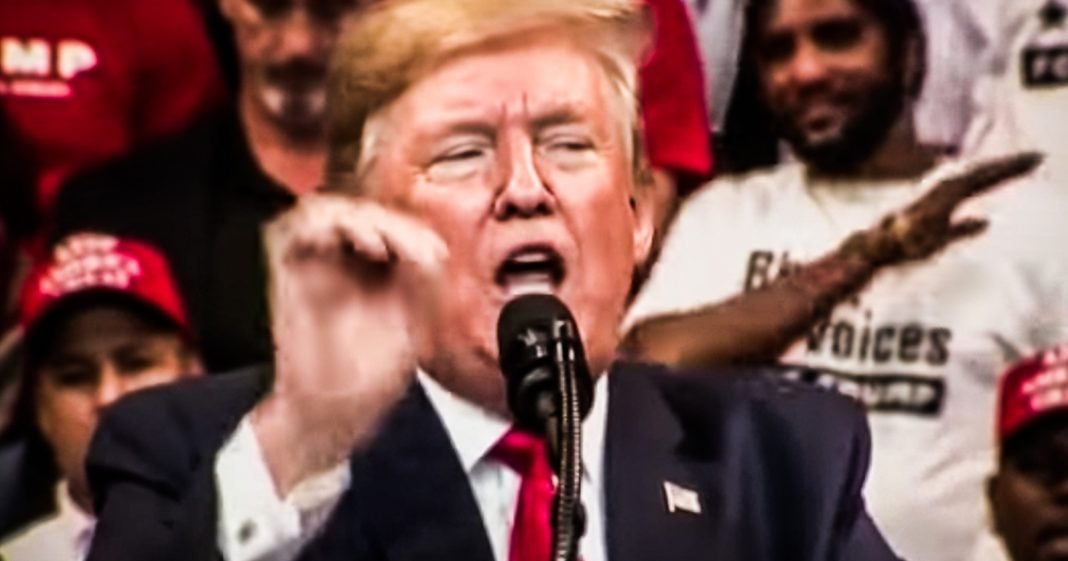 The Republican State Leadership Committee thought that they could attract more young voters by actually putting a young, inexperienced person in charge of the entire committee. And it has gone exactly as well as you would expect. Fundraising is down and races are being lost left and right, and the poor kid in charge has no idea how to turn it around. Ring of Fire’s Farron Cousins explains what’s happening.

*This transcript was generated by a third-party transcription software company, so please excuse any typos.
The Republican state leadership committee has been in a lot of trouble pretty much since last year’s midterm elections ever since then, and all of the elections that have happened since 2018 Republicans have taken a pretty big beating. They lost the Virginia general assembly. They lost three governorships in red States that they very easily could have and should have won. But the Republican leadership committee or state leadership committee is so inept that they couldn’t even win those very easy races. And unfortunately it’s becoming a little clear as to why they can’t and it’s not just because people suddenly hate Republicans. It’s because the person the recently appointed president of the Republican state leadership committee happens to be a 24 year old by the name of Austin Chambers. Now, I don’t like to engage in any kind of attacking somebody because of their age, but this is the Republican state leadership committee. This is the group that’s in charge of electing Republicans at the state level. 50 States. That’s a huge responsibility and you give it to a 24 year old kid with no experience. I can’t even fathom why they would make this decision. And I mean no disrespect whatsoever to Mr. Austin Chambers. I am sure you probably have a bright future, but you have been put in a position by these idiotic Republicans to perform a task that they know you can’t handle. But maybe that’s why they gave you the job to begin with, right? I mean, look across the board, your fundraising is down, your donors are turning on you. They’re pissed off that you were actually working for a Louisiana gubernatorial candidate. Uh, Bevins or excuse me, it wasn’t Bevin uh Bell Edwards. You were working for his campaign instead of doing your jobs with the RSLC. And they’re mad about that. And that’s the point. All of these losses that the Republicans had been suffering for the last 12 months, they want to pin those on you, Austin. And I hope you understand that they didn’t put you in this position because they think you’re going to be a great leader someday or because you’re a great leader now or because you’re wise beyond your years. No, they put you in this position so you can be the fall guy. So you can be the one who takes all the heat for all of the failures. Because guess what? Americans are turning on Republicans, not to the degree with which they should, but they’re getting there at least a little bit. They see that Republicans have nothing to offer the average American citizen. They see that Republicans haven’t had a new idea since the 1980s and they see the Democrats are finally coming forward with proposals that guess what? They’re going to help everybody left. Right? They like that. So they put the 24 year old in charge of the Republican state leadership committee knowing that he was going to fail. And then when Republicans start losing all these races, even when Donald Trump comes down and holds a big ass campaign rally with thousands of people there and that candidate still loses. No, we can’t blame that on Trump. We can’t blame that on his unpopularity. So instead we’re going to blame this little 24 year old that we put in charge of the state leadership committee because they don’t know any better, and that’s going to ruin this kid’s career. So Austin Chambers, I, I am positive. You’re probably not watching this, but if anybody watching this does know, Austin Chambers, let him know that he’s becoming the scapegoat, that’s why he was picked for this job. And if he wants to have a future in politics, which I firmly believe he could, he needs to get out of the Republican party as fast as possible because they have already used, abused and taken advantage of you, and they’re certainly not going to stop until they absolutely destroy your future.