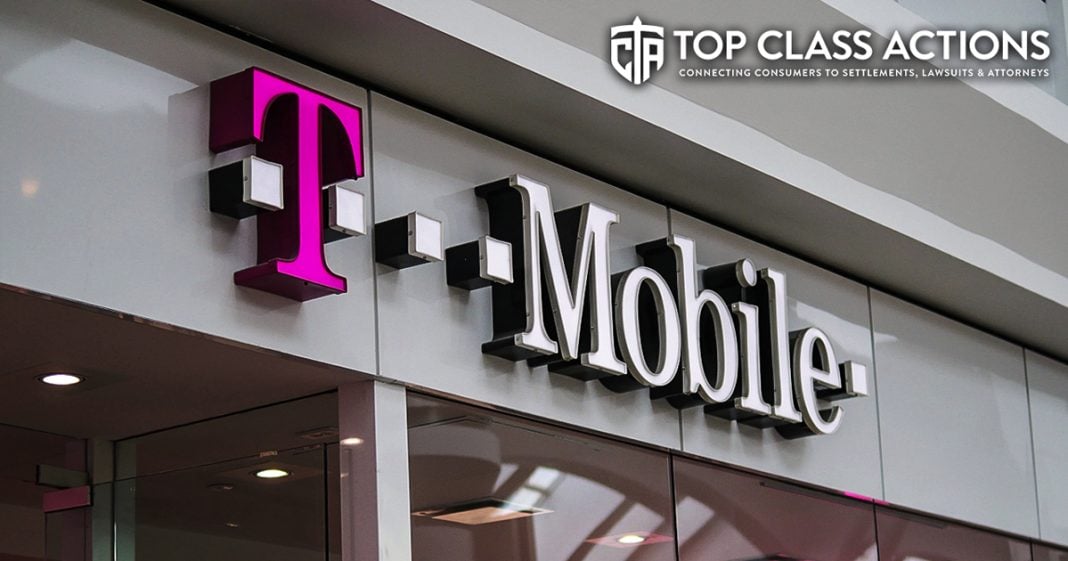 Although T-Mobile has agreed to pay $40 million to the FCC for their fake ringtone scheme, a recent class action claims that the company hasn’t done enough. In April 2018, T-Mobile reportedly admitted that it violated rules set forth by the Federal Communication Commission (FCC) when it inserted a fake ringtone before calls made from rural areas. This ringtone allegedly covered up the fact that calls were not reaching their intended destination of rural carriers and consumers. Ring of Fire’s Farron Cousins discusses this with Scott Hardy, President of Top Class Actions.

Farron Cousins:                  Recently, T-Mobile announced that they had reached an agreement with the FCC to pay out $40 million for a fake ringtone scam that they had been doing for quite some time. But unfortunately, according to the people affected by this scam, T-Mobile is not paying out yet, even though they were supposed to be. Joining me now to explain what’s happening is Scott Hardy with Top Class Actions and Scott, this is a very unique, I guess situation, maybe not that unique for what we talk about all the time.

But you had T-Mobile running this little scam and I’ll let you explain that in a moment. But then they agreed to the settlement, agreed to pay out and then didn’t pay out. So they admitted, okay, maybe we did something wrong, maybe, maybe. We’ll pay you this money and then they just simply don’t pay this money. So that’s the story in a nutshell. Take us back to the beginning, beginning here. What exactly is this fake ringtone scam?

Scott Hardy:                          So what the class action alleges is that when you’re in a rural area and you are on your T-Mobile phone, you would place a call and you would place a call possibly to other folks in this rural area. And it doesn’t, it does, it’s not necessarily that rural. I looked it up. Consolidated actually handles a lot of New Hampshire, a lot of new England, Maine. You know, a lot of places where I’m out there in the summertime escaping the heat. These aren’t super rural places. But what would happen is I have my cell phone, I’m making my call and I’d hear it ring. So I think it’s working, but then the call would not go through. So I’d have my phone, I hear it ringing. It would sound like the call was going through, but then it would fail. And so people would call up T-Mobile and T-Mobile would say, it’s not our fault, it’s ringing.

It’s that rural carriers fault. It’s Consolidated, it’s AdamWells Internet Telecom’s problem. It’s their problem. It’s, it’s not, it’s not our issue. But it was, you know, it was a fake ringtone that T-Mobile put in place when they didn’t actually have a good connection. And so there was this $40 million FCC fine that the FCC charged them, but not a penny of that went to the carriers, not a penny of that went to the consumers. And so this class action is saying, listen, T-Mobile’s making $1 billion a year in profit, if you’re going to fine them, let’s make sure this money goes back to people that were affected.

The, the telecoms, the rural telecoms that were inundated with phone calls because of this problem. They had to pay people to take these phone calls and take blame for something, that wasn’t their fault. What about those consumers who are making these phone calls and their calls weren’t going through? Shouldn’t they get paid for that lost time? And so that’s what this class action is trying to fight for. Get some justice on behalf of the consumers and see if the FCC will step in and really push T-Mobile to take that extra step and put some cash back in the pockets of those who are actually impacted.

Farron Cousins:                  You know, this is one of the things and this story really highlights it pretty well, is the fact that we always see when these companies go out there, whether it’s a cell phone company, the, the, the big banks, a pharmaceutical company, they do something wrong and the government says, okay, you did something wrong, we’re going to fine you a lot of money. And people think, oh good that, they’re, they’re fining them, they’re going to get all this money. It’s a settlement, sometimes they call it and then that money is going to come back. No, it’s not going to come back to you. That’s the government’s money. The government wasn’t harmed in this, but they’re the one who get to pocket a couple, you know, million dollars here.

Meanwhile, the people who were actually scammed, the government says, oh no, you guys gotta go find, find a lawyer. You know, we got ours. You need to go get yours if you can, you know, you’re going to tie it up in the courts for four or five years or as long as the company can, can thread that out a little bit. But that’s ridiculous to me. It’s ridiculous that the federal government, not an injured party here, gets 40 million and the people who were injured, the people who did get worked over on it, they got nothing right now. They’ve got absolutely nothing except a, you know, pretty nasty telephone carrier.

Scott Hardy:                          Right, and that’s what these class action lawyers are fighting here. They’re saying there are real damages. People were wasting minutes. There were wasting time. People were taking their time and calling in complaining about this. The carriers themselves suffered real damages because they had the staff to handle these calls. They were damaged from a PR perspective because they were accused of providing lackluster coverage when that simply wasn’t the case. It was this fake ring that this class action states T-Mobile had in place. So there are real financial damages to go after here. We’ll have to see if T-Mobile really wants to fight it or if they’re going to end up settling it.

I think the, the, the issue that you’re going to have is how much were you actually financially damaged? Did you spend that time in calling in? Did that cost you time away from your job? You know, what are the actual damages here and how are you going to figure that out? That’s what I think will be an interesting piece to watch as this class action progresses.

Farron Cousins:                  Right. And this could be one where the companies, the carriers, the local carriers, as you mentioned, they may be getting a little bit more if this thing does reach a settlement verdict than the, you know, just regular person who has T-Mobile as their cell phone service. But people were injured. It’s important to get something for them and that’s why these kinds of lawsuits exist because the government, as, as we mentioned, they’re going to get theirs and they’re going to be happy and they’re going to move on and they’re not going to give that to the actual injured parties. And that’s why we have to have these class action lawsuits to get something for the people who actually suffered damages from these corporate actions.

For more information about this issue, please follow the link in the description of this video and head over to Top Class Actions and make sure you sign up for their weekly newsletter while you’re there. Scott Hardy, Top Class Actions, thank you very much for talking with us.