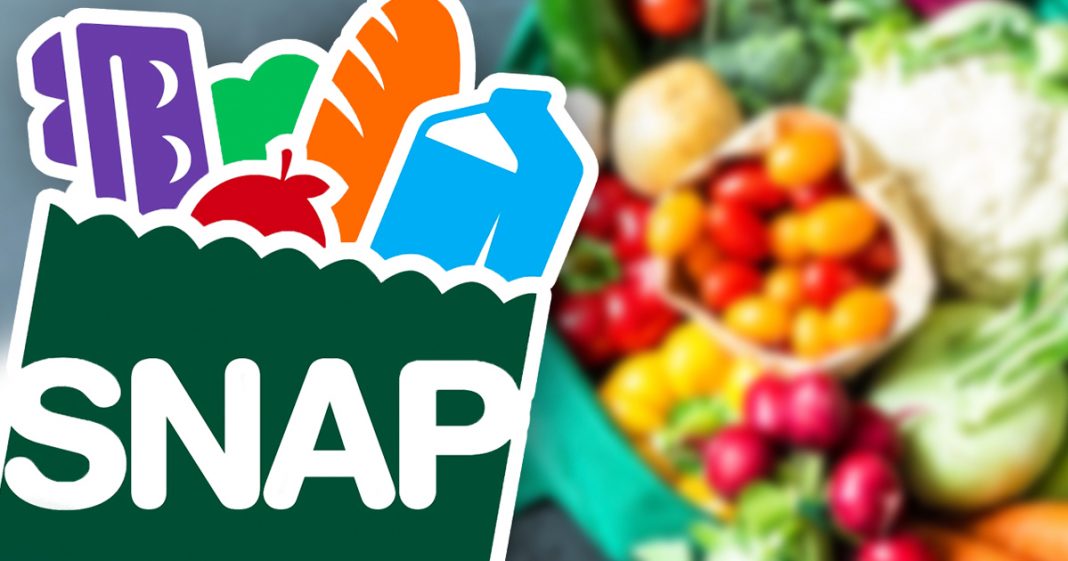 The Trump administration announced yesterday that they had finalized a rule, set to take affect in April 2020, that would effectively kick 750,000 Americans off the food stamp program. By eliminating the ability for states to waive work requirements for SNAP benefits, the administration is sentencing nearly a million people to starve if they are unable to find work. This is cruel on every level, as Ring of Fire’s Farron Cousins explains.

The Trump administration announced on Wednesday of this week that they had finalized their rule that could kick up to 750,000 American citizens off the food stamp program, SNAP benefits. 750,000 people under these new rules could find themselves without any kind of aid to get food. And here’s what these new rules are. Basically, they’ve put a rule in place that takes effect April 1st of all days in 2020. So April fool’s day, they’re taking away your food stamps, and what the rule does is it says States can no longer exempt themselves from the work requirements of the SNAP program. The reason these work requirements in the past are allowed to be waived is because you have areas of the country where guess what, the unemployment rate is not three and a half percent, which is what the national average is right now, but that’s just that. It’s an average.

That means some areas of the country have unemployment rates that are lower than this. Some have unemployment rates that are much higher than that and in the areas where the unemployment rate is higher than the national average, it’s obviously harder for people to find a job. So more people may need food stamps, but this, this administration, just took cruelty to a whole new level, and said, you know what? We don’t care if your area has an unemployment rate of 10%. We don’t care if there’s no jobs in that area and people need food stamps. If you’re not working, you can’t have them. The end of story, and that’s exactly what they’re doing. This is unfair, but more importantly, this is cruel because at the same time they’re doing this, they’re tightening regulations on food stamps. Okay. There are loosening regulations on how many toxins coal companies can put into our water and into our air. How many toxins chemical companies can pump into our groundwater. They’re loosening regulations for the wealthy elite and for corporations and tightening them on poor people.

The Republican party because this is not just a Trump thing. Any other Republican would have done the exact same thing because they have in the past. The Republican party hates human beings. They do, and you’re lying to yourself if you think that they don’t. If you’re a human being whose net worth is somewhere South of probably $25 million, you’re worthless scum to the Republican party. They don’t care about you. They wish you nothing but the worst and hope that that happens to you. If you’ve got $25 million plus, they will do whatever they can to take care of you. You need me to take out this regulation? I’m going to do it. You need me to take this animal off the endangered species list so you can kill what’s left of them so you can build a new factory? We’ll do it for you, but if you don’t have the money, then oh my God, you’re a lazy piece of crap. We hope you fail in everything you do and we’re taking away all these benefits that are keeping you alive. That is the Republican party of today. Anti-human, anti poor, pro-business and pro wealthy. And it didn’t start with Donald Trump and it’s not gonna end with Donald Trump because those are the only things the Republican party of 2019 actually stand for. Screw the poor, give everything we can to the rich.