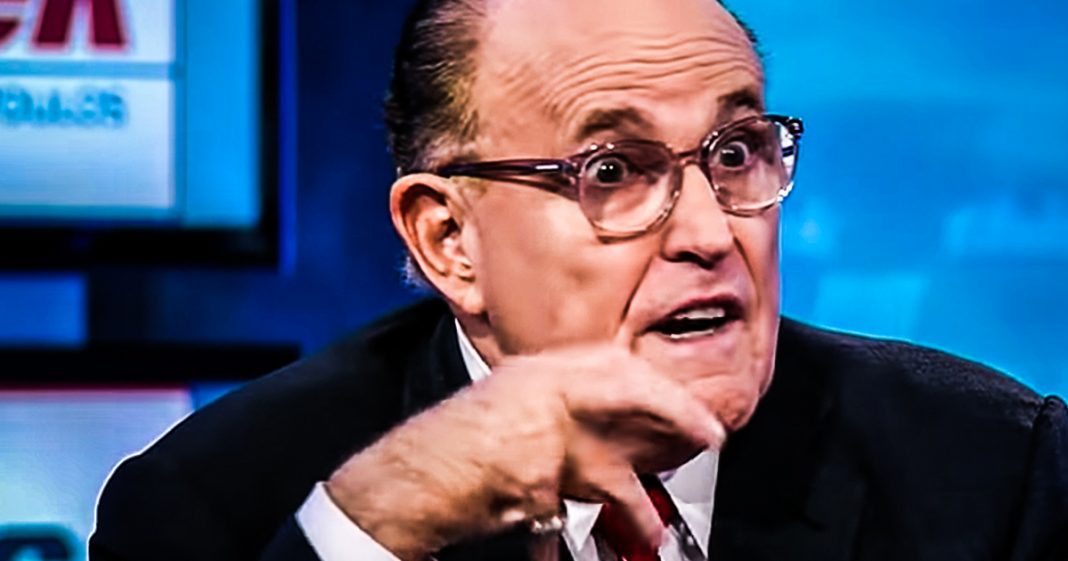 Even as he’s being investigated for potential criminal activity involving his work with the Ukraine, Rudy Giuliani thought it would be a good idea to travel BACK to the Ukraine this week. His work there is unclear at the moment, but this little trip of his isn’t going to look for himself or for the President. Ring of Fire’s Farron Cousins discusses what’s going on.

As of right this moment, Rudy Giuliani, Donald Trump’s personal attorney is being investigated by prosecutors in New York for a myriad of things, including one possibly failing to register as a foreign agent for the work he’s done with the Ukraine. So you would think, right, if you’re under a criminal investigation to probably not go back to the scene of the crime, right? That, that’s probably a really dumb idea. Yet that is exactly what Rudy Giuliani is doing this very week. Giuliani has spent this week so far in Ukraine, and he’s not just there on a vacation, right? He’s not just soaking up the sun and building snow men. No, Giuliani is meeting with politicians, current and former in Ukraine to discuss Joe Biden. So literally the very thing, not just he, but also the president of the United States is being investigated for, he’s doing it this week. He’s doing it now. What more evidence do we need that this guy is guilty of these crimes that we think he did because he’s there doing them right now out in the open. Giuliani is insane.

Like you’re absolutely insane. To go back to literally the scene of the crime and do the crime again. What is wrong with this man? I almost feel like we can’t actually throw him in jail if we convict him because his mental health is clearly not there. If you’re doing this, you’re either painfully stupid or you’re crazy, and I think with Giuliani, it’s a good combination of both of stupid and crazy. But here’s what’s happening, right. Okay. As I mentioned, Giuliani is over in Ukraine right now. We’ll call it the scene of the crime. He’s over there at the scene of the crime. He’s meeting with these current and former prosecutors and politicians and he’s saying, what do you have on Joe Biden? Right. We should get together. Hey, here’s an idea Giuliani pitched. He said, let’s create an intra parliamentarian system between Ukraine in the United States to investigate corruption.

This is actually a plan he had and he wants to get Nunes in on it. He wants to get Mick Mulvaney in on it. He wants to get Lindsey Graham on it. Basically everybody who’s already like in hot water over this scandal, Giuliani’s like, hey, let’s just create this, you know, just between you and me, this country and this country, let’s create this panel to root out corruption. And all these other guys who were accused of corruption, let’s go ahead and put them on the panel for this intro parliamentarian committee that we should create that’s totally only going to investigate the Bidens. Giuliani’s guilty as hell, folks. I mean, there, there is no way around that. Rudy Giuliani did it. Rudy Giuliani is still doing it and Rudy Giuliani isn’t even smart enough to hide the fact that he’s still committing the crimes that they’re still for some reason investigating. I think we’ve got enough evidence as it stands right now, to go ahead and charge Rudy Giuliani the second he steps off the plane. You know, maybe like an Epstein type thing. He goes to the airport, steps off the plane, and they’re waiting there with the handcuffs because there is no doubt in anybody’s mind at this point that Rudy Giuliani is guilty.