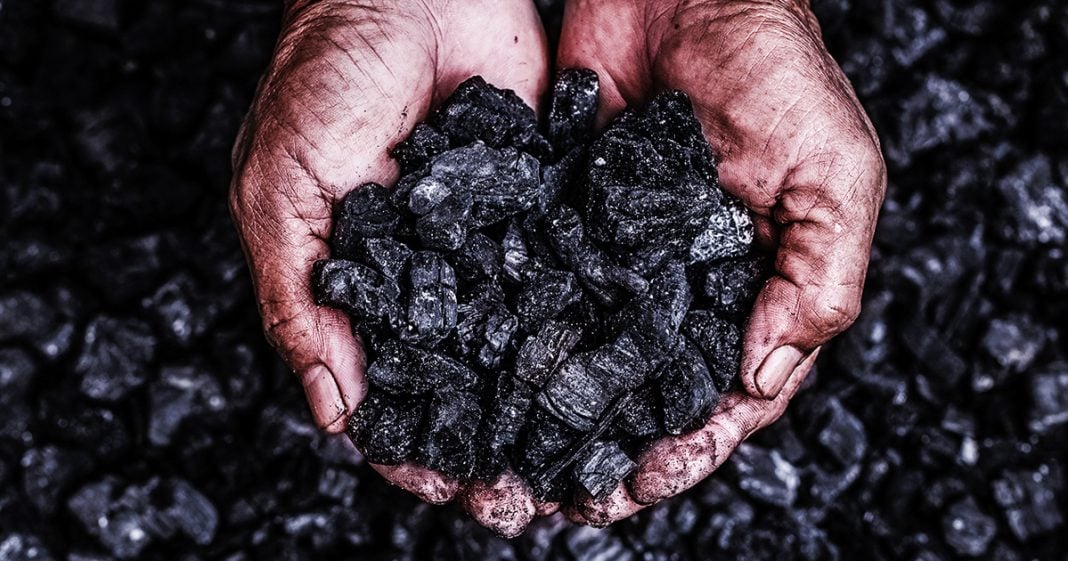 According to an unearthed article from 1966, the coal industry was concerned about the long-term effects of the carbon emissions coming from their industry. This new article shows that the science has long been clear about the issue of carbon emissions and the burning of fossil fuels, and that the only reason denial even exists is because of the money and disinformation flowing from the industry. Ring of Fire’s Farron Cousins discusses this.

In an explosive new story published by the Huffington post last week. It was revealed that the coal industry knew about the dangers of burning their fossil fuels and releasing more carbon into the atmosphere as early as 1966, 1966. Now, think about that day for a moment because I want to point something out with all of these Exxon knew documents, which is Exxon knew about the dangers of climate change and rising carbon emissions years and years ago. Those documents that were uncovered from Exxon showed that the company’s own scientists were concerned about what they were doing to the planet in the 1970s and here this new document on earth by a man by the name of Chris Cherry, who’s a professor of civil engineering at the university of Tennessee. Uh, God has hands on mining Congress journal from his father and he found an article in there written by a man by the name of James Garvey, who was at the time president of a research firm called bituminous coal research. And mr Garvey in this article that Mr. Cherry found. Said the following, this is direct quote from this 1966 article.

There is evidence that the amount of carbon dioxide in the Earth’s atmosphere is increasing rapidly as a result of the combustion of fossil fuels. If the future rate of increase continues as it is at the present, it has been predicted that because the CO2 envelope produces radiation, the temperature of the Earth’s atmosphere will increase and that vast changes in the climates of the earth will result. Such changes in temperature will cause melting of the polarized caps, which in turn would result in the inundation of many coastal cities, including New York and London 1966 the coal industry itself said, wow, if we keep doing what we’re doing at the rate we’re doing it, the planet is screwed. And then a few years after that, Exxon scientists came out to Exxon, of course, not to the public, and they said, wow, if we keep doing what we’re doing at the rate we’re renewing it, the planet is screwed. So did Exxon come out and tell everybody, Nope. Did the coal industry come out and tell the Britain knew? None of that ever happened. Why? Because they knew that to come out publicly and admit this would destroy their profits. It would destroy their industries to be honest. So they had to keep it quiet. They had to pretend that their own research, that their own data didn’t exist in order to protect their profits.

And this was 53 years ago, 53 years ago. And what did they do in the meantime? In 53 years, did they try to figure something better out? No. Did they do anything to reduce their own emissions? Nope. They fought regulations tooth and nail by hiring million-dollar lobbyists to go and fight against them. They funded climate denial campaigns, climate denial, climate denying scientists wrote them big fat checks to go out there and tell what they knew as far back as 1966 were lies, and they’re still doing it today. But here’s what this tells us. It tells us that the science hasn’t changed in the last 53 years, that what scientists are telling us today is what the industry’s own scientists were telling them 50 years ago. That’s a big feather in the cap of the scientists of today. I’d think the science hasn’t changed. The misinformation campaigns has. They’ve grown more advanced, more evolved, and more well funded, and the industry hasn’t changed at all, and they’re going to keep doing what they’re doing as long as they’re allowed to keep doing it. And all we can do at this point is to continue to call them out to continue to correct the record until more and more of the American public wakes up and understands that, yeah, we’re destroying the planet. And those who are doing the most destruction have known about it for at least the last 50 years.