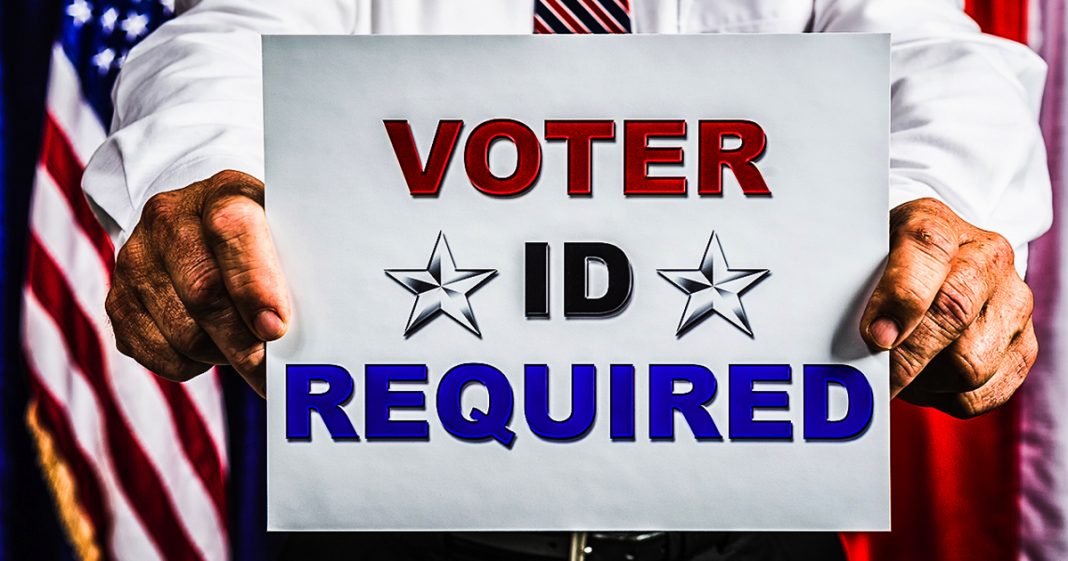 As youth political engagement and activity increases, Republicans across the country are doing everything in their power to stop this new generation from casting a ballot. The latest scheme involves removing early voting stations from colleges along with NOT allowing student IDs as acceptable identification in states with Voter ID laws. Ring of Fire’s Farron Cousins explains what’s happening.

The only way the Republican party can win at the national level is to cheat. We have seen this for years and years and years going all the way back to the George W. Bush election in the year 2000 those illegal voter purges that took place in the state of Florida at the hands of W’s, brother Jeb are what gave him the few hundred extra votes needed to pull out the electoral victory in a a in the year 2000 and just thinking about what could have been, how would this country be right now had that administration never happened? Well, that’s a bunch of should’ve, would’ve, could’ve, right? There’s nothing we can do about that. It happened. The saddest part of the story is what happened after all of that, it got worse and to this very day heading into the heart of the 2020 presidential election, it’s gotten so much worse right now. Multiple different Republican control. A controlled States across the country are coming up with new schemes and plots to keep typically liberal voters from making it to the polls in 2020 specifically, they are targeting the youth vote, right?

You can go there until you think about the fact that maybe not every college student is like you. Maybe they don’t have a vehicle, maybe they’re not going to college 20 minutes away from their hometown. Then suddenly you start to realize, Oh, I get it now. I see why that is a big deal. Somebody who has no car, they can’t drive, they’re in a city that they’re not too familiar with. Yeah, that’s a big problem. But that is exactly why Republicans are doing it. Other States are cracking down on the kinds of voter ID that they’ll accept, which includes no longer accepting college identification, even though it has your picture on it as an acceptable form of ID at a polling place. So if you show up and the only thing you have is that college ID in many States, if it doesn’t have a signature, which most colleges have actually phased out, that doesn’t count. So you don’t get the vote. If it weren’t for voter suppression, which is what this is, voter ID laws, which is also a part of voter suppression and gerrymandering and voter purges and voting machine irregularities.

Democrats would have a majority, not just in the house and Senate and probably the white house, but across the country. Maybe not every single state, but most of them Republicans can only win by cheating. And we’ve talked about the fact that Mitch McConnell has done nothing with the bipartisan election security bills that have gone in front of him will not bring them for a vote. And that’s going to hurt the electronic side of it. Leave us vulnerable to hacking, not only from Russia, everybody, but from everybody. Anybody who has that skill. We know that children in the United States are able to hack into our voting systems and McConnell still won’t do anything. And when you combine that with these efforts to suppress the youth vote, to suppress African American votes, to suppress Latino votes, that adds up to Republican victory in 2020 if nothing is done about these problems.