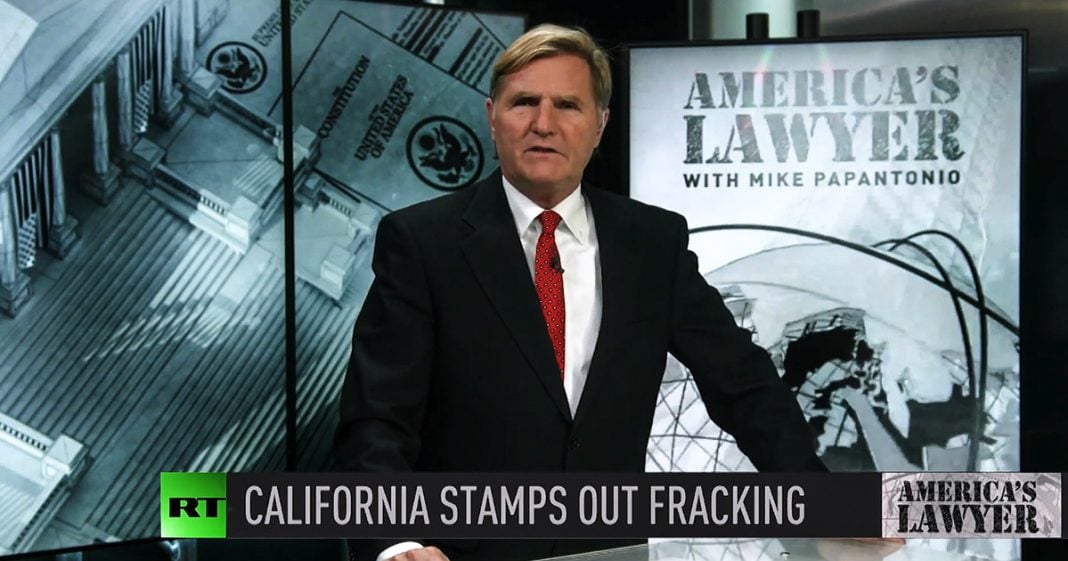 Via America’s Lawyer: California has issued a moratorium on hydraulic fracking processes and new fracking leases in the state. Mike Papantonio explains more.

And finally tonight, some good news. California has issued a moratorium on hydraulic fracking processes and new fracking leases in the state. This is just a temporary halt to these procedures, but it could potentially lead to a permanent ban on the state, throughout the state. This move by the state came after activists and researchers put tremendous pressure on lawmakers to finally consider the risks involved, specifically the increased risk of earthquakes that’s been associated with fracking. This risk is so great that several European countries have already banned fracking all together. You can’t do it, period.

They also highlighted the dangers of chemicals used during the fracking process, which include countless carcinogens and toxic heavy metals capable of poisoning drinking waters and entire aquifers. Unfortunately, the public is still in the dark about all the chemicals used thanks to a law that, oh by the way, Dick Cheney helped pass years ago. That’s a real comfort. This story shows how effective activism can be to influence major positive change in this country and when the voices of the public are loud enough, even the fossil fuel industry better pay attention.

That’s all for tonight. Find us on Twitter and at Facebook on facebook.com/rtamericaslawyer. You can watch all RT America programs and Direct TV, Channel 321 and also stream them on YouTube. I’m Mike Papantonio and this is America’s Lawyer, where every week we’re going to tell you the stories that corporate media is ordered not to tell because their advertisers won’t allow them to do that. Have a great night.