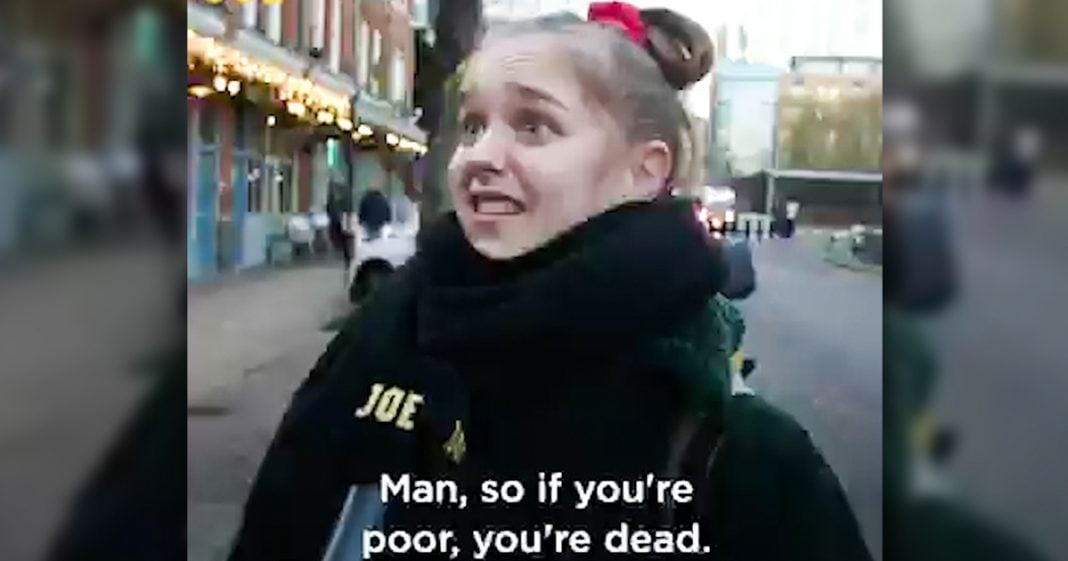 In a video that has now gone viral on social media, Britons were shocked to learn how much American citizens pay for healthcare expenses. One woman rightfully pointed out that “if you’re poor, you’re dead,” which is the best way to sum up American healthcare. Our healthcare system is the laughing stock of the planet, and it is beyond time that we get with the rest of the modern world and declare healthcare to be a basic human right. Ring of Fire’s Farron Cousins discusses this.

Farron Cousins:                  An amazing new video has gone viral on social media posted by the Twitter account @PoliticsJOE_UK and in this video, Britains were asked how much they think American citizens pay for certain kinds of healthcare. You know, certain services at the hospital or at the doctor or certain medications. And all of them were shocked at how badly American citizens are getting screwed with our healthcare system. Here’s a brief sniff, snippet from this video. Take a look.

Farron Cousins:                  I believe the young woman said it best when she said, so if you’re poor, your dead, which is pretty much how the United States system of healthcare operates today. If you’re poor, you’re dead. Her little soundbite, right there needs to be a campaign video, but only for the politicians who are actually pushing universal healthcare, Medicare for all, single payer plans. Not for your Medicare for all who want it people, but for your Bernie Sanders types. If you’re poor, you’re dead. And that’s not an overstatement. That’s not hyperbole. That’s what’s happening in the United States today. People are having to ration their medicine. They’re having to hop the border both North and South to go to be able to afford medications, to stockpile it so that they can actually afford it. And again, this is a uniquely American occurrence. Other countries do not pay the markups that we pay here in the United States.

Their governments negotiate drug prices. We don’t because we’ve made it to where we can’t. We have promised drug companies that we’re not going to do that because those drug companies are the ones who fund most of our politicians. The healthcare industry funds them too. The insurance industry funds them too. The hospital corporation. Every part of the healthcare system has their dirty little fingers on at least one politician making these rules, allowing these companies to continue to gouge us at the point of service. This has to stop and the only way to stop it is Medicare for all. Not all who want it, Medicare for all period. End of policy. That’s the only way. And you can’t phase it in either. I’m sorry you can’t. I do like Elizabeth Warren, but her, let’s take our time. Put our feet up, just gradually get to Medicare for all. Nope, that’s not good. That’s not good enough. People will still die. So let’s institute a plan that, yeah, guess what folks, it’s going to be a little painful at first. It’s gonna be a little hard to figure out in the first couple of weeks and after that, everything should be okay. Change is hard sometimes, but not as hard as losing a loved one because they couldn’t afford their insulin. Which would you rather have? A couple of weeks of confusion about healthcare or sticking someone you love in the ground because of the price gouging from big pharma?