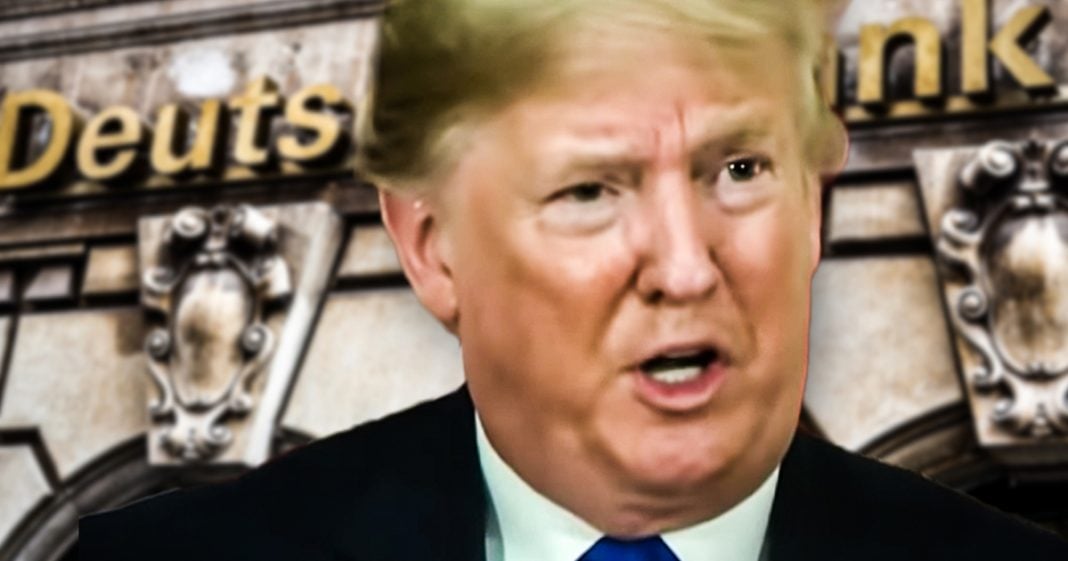 The 2nd Circuit Court Of Appeals has told Donald Trump that he has to comply with a House subpoena to turn over his financial records, including those from Deutsche Bank. This is just the latest setback for the President in a long line of legal defeats over his finances. This ruling will be appealed, but with EVERY lower court now saying he can’t hide these records, it will become harder for the SCOTUS to overturn them. Ring of Fire’s Farron Cousins explains what’s going on.

Yesterday, a three judge panel voted two to one on the second circuit court of appeals to force Donald Trump to comply with subpoenas from the house of representatives and turn over all of his financial records that they’re seeking, including those from Deutsche bank. Now this is just the latest in a long line of legal defeats that Donald Trump has suffered with regards to his financial records. And so far every court that’s looked at this says, yeah, they have the authority to do this and no, Mr. Trump, you are not above the law. You have to comply with these subpoenas. Now what’s interesting about this one, and of course, yes, it’s going to be appealed. The Supreme Court may or may not take it up. They’re still trying to decide right now if they’re going to take up the one that was already appealed to them. But anyway, the ruling, the way they ruled on this case is absolutely critical.

And here it is. This is directly from the ruling. It is the interest of two con, of two congressional committees functioning under the authority of a resolution of the house of representatives authorizing the subpoenas at issue to obtain information on enforcement of anti money laundering/counter financing of terrorism laws, terrorist financing, the movement of illicit funds through the global financial system, including the real estate market, the scope of the Russian government’s operations to influence the US political process and whether the lead plaintiff was vulnerable to foreign exploitation. Now, a lot of that, some people may say, okay, I didn’t understand a word of that, so let me break it down a little bit more. The committees that have subpoenaed these records have authority to investigate what they think may be crimes or potential crimes. Donald Trump is not exempt from these investigations. So this committee is given the authority and the scope that Trump’s lawyers tried to argue they don’t have.

Because remember Trump’s lawyers have repeatedly gone to court and said, no, they can’t have these records because it’s not related to any kind of law that they’re trying to pass. They just want it to attack the president. So this court says, guess what, they don’t only write laws, they also get to investigate all of these other things and that’s going to absolutely destroy the future of this case for the Trump administration. And I believe that’s probably why the judges wrote it in the way they did. Because here’s another thing people have to realize, yeah you can appeal a court ruling, right? But in the appeal you have to be able to explain why the initial ruling was incorrect. Did something happen? Was someone tainted? Blah, blah, blah, blah, blah. All of that. You can’t just say, I don’t like it. I’m appealing, next court please.

Because the next court’s going to say you can’t just appeal because you don’t like it. You have to give me a reason why something wrong happened in that lower court. And this lower court just took away the administration’s argument. Now, they’ll still make the argument, and they’ll make it in their appeal. But this gives the higher court clearance to say, listen, we looked at it. We have determined that there was no wrongdoing, there was no flawed logic in the reasoning, and therefore we will not take up the case. That’s what this lower court did, which by the way, had one liberal appointee and two conservative appointees, and yet they still said, you got to turn over these records. You got to look at what the rulings say, because that is where the case is made or broken, not just now, but in the future, and these justices set it up so that in the future it’s going to be very hard for the Supreme Court to say that these judges were wrong.