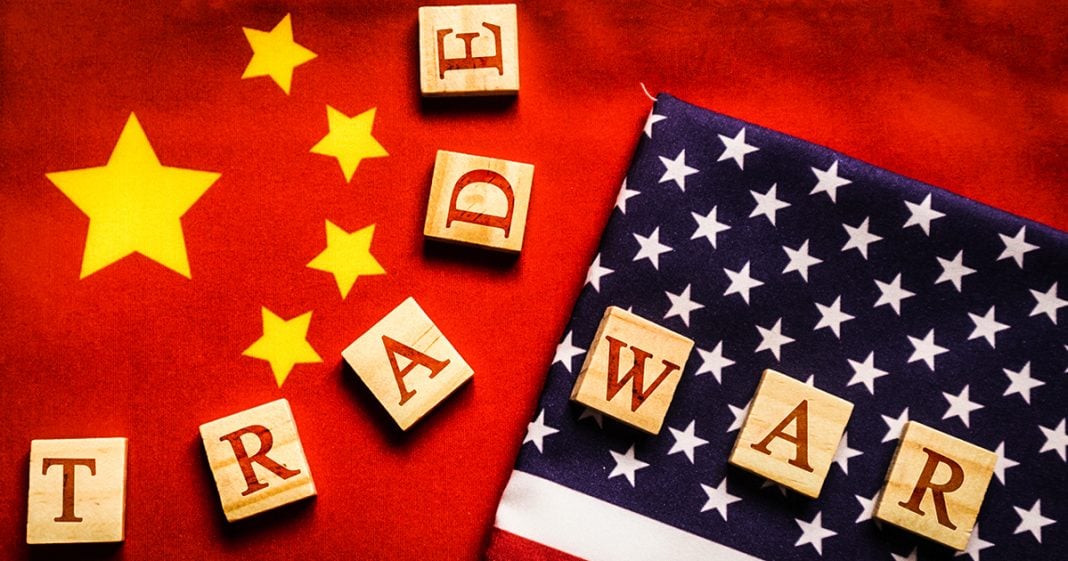 Manufacturing jobs have been slowly declining in the past few months, with manufacturers facing increasing uncertainty from Trump’s trade wars. This is happening in the rust belt states, which happen to be the same states that Trump needed in order to win in 2016. With no end in sight, his trade war is going to linger on and continue to cost people their jobs, which could end up costing the President his job. Ring of Fire’s Farron Cousins explains what’s happening.

Donald Trump continues to tell us the jobs, jobs, jobs, jobs, jobs are just flooding back into the United States. The economy is kicking butt out there. The stock market hit a record high this past Monday. He told us, and dude, everything is wonderful for American workers, except of course for actual American workers who are finding that their jobs are disappearing, and those would happen to be the workers in the rust belt, the area that has been the hardest hit by Donald Trump’s trade war, and also happens to be the same area that allowed Donald Trump to get the electoral advantage in 2016 and become the president of the United States. But here’s the facts. Ever since August, manufacturing jobs in this country have been disappeared. Now, prior to that, they’d been doing a pretty decent job of holding steady or gaining slightly. But as Trump’s trade war dragged on, you had all these steel mills, steel plants, and other manufacturing plants in States like Ohio and Pennsylvania and Wisconsin and Michigan. Suddenly they just couldn’t keep up anymore.

The trade war became too much for them. The uncertainty of their future, the rising costs of the goods needed in order to do their actual jobs. So what have they done? They have cut tens of thousands of jobs in those rust belt States that Donald Trump has to win in order to win in 2020 now we have discussed this before. We also have other States out in the Midwest, the big farming States that are losing so much money because of Trump’s trade war. So you’ve got the Midwest reeling under Donald Trump’s policies. You’ve got the rust belt also reeling tens of thousands of people who don’t have jobs anymore. And the analysts say that it is 100% because of the trade war and the uncertainty that the trade war has created. So here’s the question, will the voters remember? We are less than one year away from the election? As it stands right now, his trade war has no end in sight. He is not still having these negotiations. The delegations he sends over to China have come back empty handed.

Then Donald Trump tweets out something to offend the Chinese, and then they back away from the table entirely. And then we start the whole process over. This has happened several times, just in the last six months. So yeah, there’s no end in sight for this trade war. We will continue to lose jobs. We will inch closer and closer towards a recession. But again, will the voters remember who did this to them? It was Donald Trump. Donald Trump is the one who put these trade policies in place. He’s the one who put the tariffs in place. That was his decision and his decision alone. And I want the voters to make sure that they remember that when they go to the polls next year, Trump did this to you, and to make matters worse, he goes on Twitter every few days and lies about how great his economy is when you are the ones suffering the most from his economic policies.