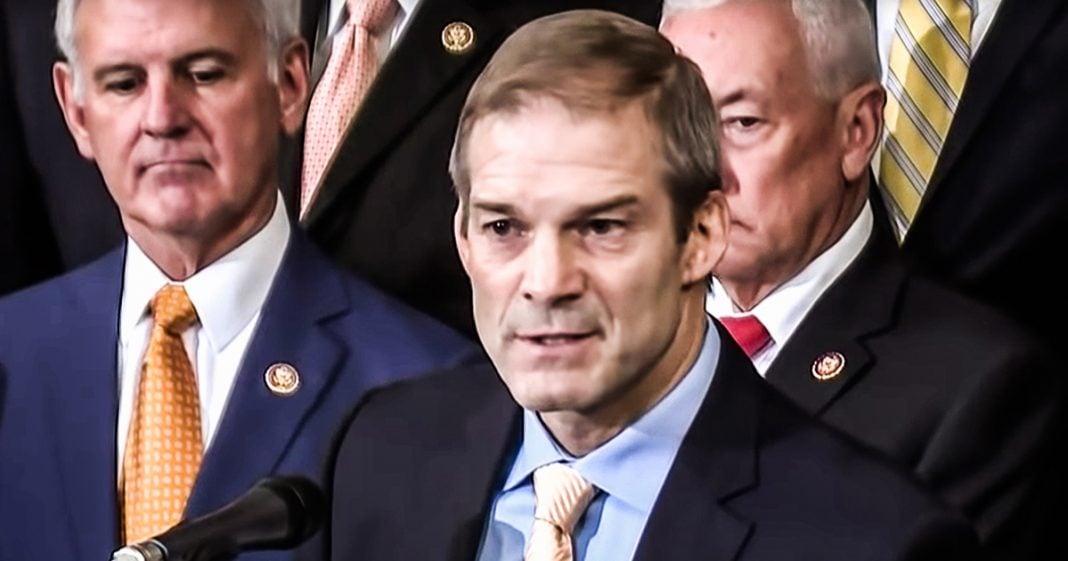 To no one’s surprise, House Republicans have released their impeachment defense report that appears to be rooted in pure fantasy. The report completely exonerates the President and makes the absurd claim that none of the evidence indicates that the President did anything wrong. That is, of course, if you ignore all of the testimony claiming that the President broke the law. Ring of Fire’s Farron Cousins discusses this.

Yesterday, Republicans in the house of representatives released a 123 page report telling the public that Donald Trump has done absolutely nothing wrong. Now, this report was officially their impeachment defense. That’s what this whole thing was about, and but instead of really digging into why the president did nothing wrong, they spent most of the report simply attacking the process itself. But there were a few points where they said, Nope, Trump did nothing wrong. We all agree Trump did nothing wrong. There’s no evidence to the contrary, except of course all of the evidence to the contrary. Now, here’s what the Hill wrote up about this Republicans claim there is no evidence to back up Democrats allegations that Trump sought to use a white house visit and nearly 400 million in US aid as leverage to get Kiev to open two investigations that would benefit him politically. It argues that the evidence does not support Democrats allegations that Trump pressured Ukraine president the load- of Volodymyr Zelinsky to initiate investigations for the purpose of benefiting the president in the 2020 election, nor that he obstructed the Democrats impeachment inquiry by blocking the testimony of moto- multiple witnesses except that all of that actually did happen.

This report that the Republicans have released is pure fantasy. I mean this is a work of fiction. He didn’t do it to benefit herself politically. Everybody who got marched into those hearings and swore under oath said that, yes, he did the thing. He did what he’s being accused of and he did it because it was going to benefit him politically. That is what they said. That is the testimony that we got. This is 123 pages of gaslighting is what the Republicans have produced trying to make us think that we’re the ones who are crazy, when in fact they have lost their dang minds. Here’s a quote from the actual report itself. Even examining evidence beyond the presidential phone call shows no quid pro quo bribery, extortion or abusive power. The evidence shows the president Trump holds a deep seated, genuine and reasonable skepticism of Ukraine due to its history of pervasive corruption. Folks, Donald Trump’s just operating out of the goodness of his heart. He wants to make sure that everything in the Ukraine is on the up and up. He’s a good guy and deep, deeply cares about rooting out corruption in this little country of the Ukraine. I mean, shouldn’t we all hold him up on our shoulders for that? Shouldn’t we all embrace this man for his concern of corruption?

No. No, we shouldn’t. In fact, we should listen to the testimony of the witnesses and in case you forgotten, go back and read all the transcripts and you’re going to see that everything the Republicans say is absolute pure fantasy. This is Lord of the rings level type fiction that they have created here, but they don’t care. And obviously, and here’s the weirdest part of all of this. We’re not even done with the impeachment hearings. We have more starting tomorrow at the judiciary committee, but they’ve already come out with their defense. They’re like, okay, case closed. Here we go. While Democrats like, yeah, we’ve got a whole slew of witnesses coming in tomorrow. Maybe you ought to hold off on your report till we see what everybody has to say. Not to mention the fact that we’ve got a guy out here Lev Parness who is just itching to get in here and throw every single member of the Trump administration under the bus. So maybe this 123 page report is a little bit premature considering that this impeachment inquiry is still in its infancy.