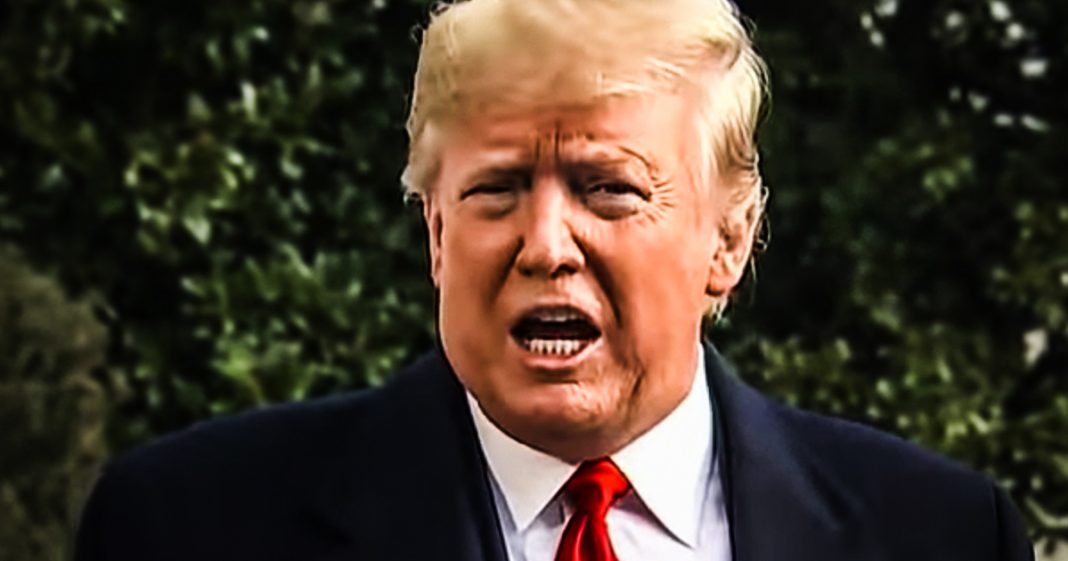 According to the latest polls, a majority of Americans believe that Donald Trump has abused the powers of the Presidency for both personal and political gain. An even larger majority believe that he abused his power in regards to the Ukraine scandal, but the bigger story is that, in general, they believe he’s abusing the office. This is a big theme that Democratic groups need to pick up on as we enter the campaign season. Ring of Fire’s Farron Cousins discusses this.

Another interesting poll came out this week from CNN that shows that a majority, I’ll be at a small majority of people in this country believe that Donald Trump has abused the powers of the presidency for both personal and political gain. 53% according to this new CNN poll, say Donald Trump has absolutely abused the power of his office for either personal or political gain. Now, 56% say that he abused the power of his office for political gain with the whole Ukraine, digging up dirt on Biden scandal, and the reason I bring up that number is because that number, that 56% related to the Ukraine scandal explains how important the 53% is because the 53% they’re not necessarily only referring to Ukraine and Biden they’re referring to in general since he became president, he has been abusing the power of his office for his own benefit. That’s the number that we need to focus on. That’s the issue that we need to focus on. It’s not just the Ukraine scandal.

This man has been profiting off the presidency since day one. It was less than a week after he was sworn in as president, that he took his first trip down to Mar-a-Lago, having the secret service go there and rent golf carts in order food and stay in rooms. He was profiting off the presidency within hours of becoming the president of the United States. That is abusing his office for his own personal benefit. His suggestion that we hold the G G-seven summit at Trump Dorough, even though we backed off of it, that was for his personal benefit. All of these Republican groups going to his hotels, going to his resorts and holding their events there. That’s to his personal benefit, and I know what you’re saying. Well, he didn’t make those decisions. No he didn’t, but you know what, he did make the decision to do not divest from his company and by not divesting, he abused the power of the presidency for his own personal benefit. Those are the issues we need to focus on. Those are the things we need to keep talking about. Not just Ukraine, the massive emoluments clauses, violations that this guy has has undertaken since becoming the president. That’s the real scandal. That’s the underreported scandal and the reason it’s under reported is because most people don’t understand what what that quite means.

They don’t understand the emoluments clause. They don’t understand why Donald Trump having people stay in his hotel. Why? How does he get money off that? How does that work? It’s nuts. It’s crazy, right? Well, it’s not, and if the media was a little bit better at their jobs, they could explain it a little bit better than they have. We have explained it thoroughly here. We’ve explained the chain of command that Donald Trump has with his blind trust that is technically run by his son, Don jr, and he is allowed to tell his father anything that he asks about what’s happening with his money, that that’s not a blind trust. He’s still getting the money. He’s still abusing the office, and that is a point that I want to see hammered on more and more, not necessarily by the candidates themselves. They need to talk about the issues, but the media needs to step up and do their job and explain to the public who’s already on your side on this issue exactly how Donald Trump is abusing the power of the presidency for his own personal benefit and how those little schemes actually work. It’s not enough to just say it. You got to spell it out for the people very clearly and make sure that when you do, you also include how much money is being spent at these little resorts, and if you can, how much of that goes back into the president’s pocket.