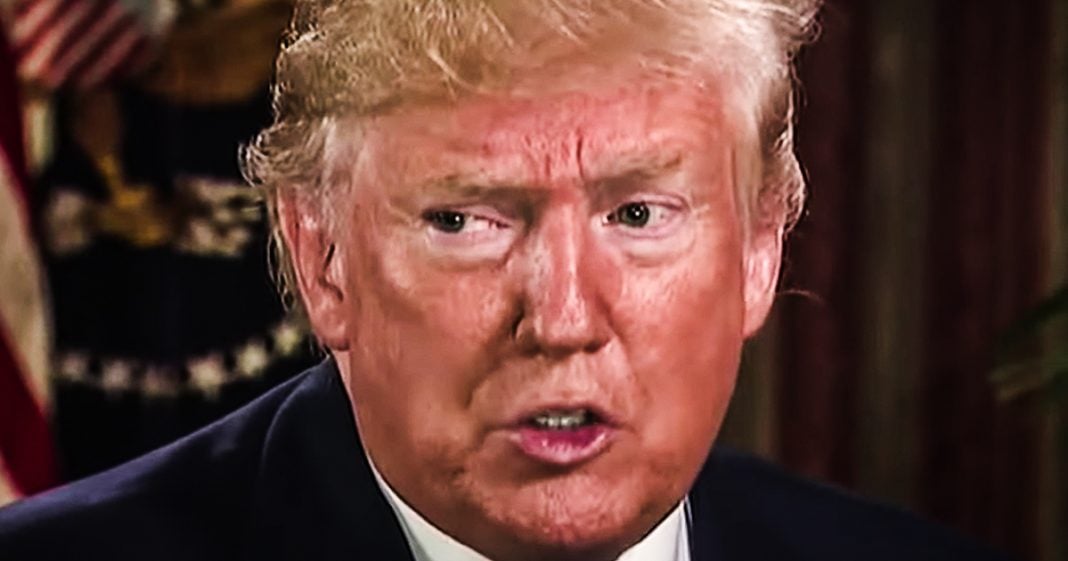 Yale psychiatrist Dr. Bandy Lee is once again sounding the alarm bells about Donald Trump’s declining cognitive state, this time with regards to his recent 53-minute tirade on Fox News. The President ranted about everything imaginable to the point where even the hosts were starting to squirm in their seats a bit. But Dr. Lee says this wasn’t just the president venting his anger, it was clear evidence of mental decline. Ring of Fire’s Farron Cousins discusses this.

*This transcript was generated by a third-party transcription software company, so please excuse any typos.
Last Friday, Donald Trump called in to Fox and friends for a 53 minute long interview because as we all know, being president of the United States, you have nothing better to do with your time than to spend 53 minutes talking to the morons at Fox and friends. Well, this performance that the president put on a week or so ago caught the attention of somebody who knows a lot about mental health and that person happens to be Yale psychiatrist, dr bandy Lee, who also happens to be the one who put together the phenomenal book, the dangerous case of Donald J. Trump. And if you haven’t read that, I sincerely urge you to do so. But Dr. Lee watched this 53 minutes segment where Donald Trump was on the phone ranting and raving like a lunatic. And Dr. Lee points out the fact that he was going through these conspiracy theories. He was going through things that we know are simply not true, making things up, lying about other things. It was in my words, nuts, but in the words of actual mental health professionals like dr bandy Lee, she was a little more diplomatic about her diagnosis of the president and here it is. She wrote a recent op-ed. You can find a link in the description of the video. Um, I have to read this because it’s so amazing. The president’s cognitive functioning alone in terms of his ability to process information and thoughts has deteriorated to the point where he has difficulty stringing together a single coherent sentence. His word finding difficulties, repetitions and loose connections are only superficial indicators of a more serious, deeper process. He has additionally shown multiple neurological signs including slurred speech, movement abnormalities, and confabulation is filling in gaps of memory with fabricated stories. Now, she also went on to say something else that I also found remarkable. His erratic decision making is sparked by times of increased stress and pressure. For example, she talked about the fact that during a Michael Cohen’s hearing when he was dishing all that dirt on Donald Trump and implicating him and financial crimes at the same time, he became so stressed and angry and unable to process things that he essentially ended the nuclear talks with North Korea and we’ve seen how much that deteriorated, so there are real consequences to Donald Trump’s actions. At the height of the impeachment hearings just a week or so ago, he pardons three war criminals. His erratic behavior, his cognitive malfunctioning is very real world consequences and that’s what Dr. Lee is warning us about. This isn’t just about her attacking the president because she doesn’t like him. None of the mental health professionals who contributed to her book are doing this just because they hate him. It’s because there’s very real consequences from the fact that we’re ignoring the mental health issues of the president of the United States, his doctors, the white house doctors, the one that does started it off and then immediately got it replaced because he was so awful, didn’t do the proper tests to see if the president was all there. The current white house physician who took over has not done adequate testing to see if this man may actually have alzheimers. This is not to mock the president. This is not because we all hate Trump. This is because the man controlling the nuclear codes, making decisions that affect the lives of every single person in this country shouldn’t be in the hands of somebody who can’t trust their own brain. And as these mental health professionals continuously warn us, that person is Donald Trump and there is something wrong with him.