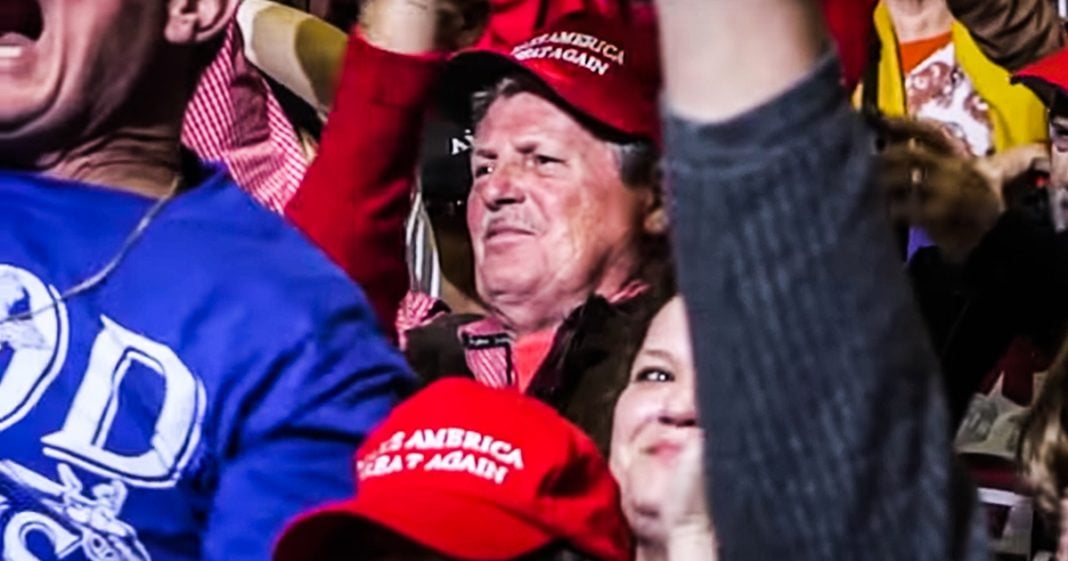 A new poll shows that a majority of Republicans believe that Donald Trump is a better president than Abraham Lincoln, the man responsible for freeing slaves in this country. The big takeaway from this poll is that Trump supporters either don’t know history, or they are completely delusional. Ring of Fire’s Farron Cousins discusses these two possibilities.

According to a new poll, the majority of Republicans in this country are absolutely delusional. Now, that may not be the question that the poll actually asked, but it is the result that we’re able to come up with based on the results of the poll, because this poll showed that 53% of Republicans believe that Donald J. Trump has been a better president than Abraham Lincoln was. Only 47% of Republicans said Lincoln was a better president than Donald Trump. He also, according to this poll, has an 87% strongly or somewhat approval rating among Republican voters. So that’s also not as high as Trump claims it is, but still pretty dang high for a guy that screws up every single thing he touches. But back to the delusional part, I don’t care if you like Donald Trump. I don’t care if you support the policies that he has put in place just based on maybe you’re a millionaire or billionaire, and you’ve benefited greatly from all of this. In no universe whatsoever is Donald Trump a better president than Abraham Lincoln? That’s just crazy talk folks. We all know what Abraham Lincoln did. Abraham Lincoln changed the course of the United States. That’s what he did.

Has Trump done that? Has he made the biggest significant impact on a specific group of people’s lives here in the United States? Technically, the answer to that is yes, because he’s done that with migrants, but in a bad way, Abraham Lincoln, that it was slaves, but in a good way. So if you think what Trump has done is better than anything that Lincoln did, you’re nuts. I’m not even going to say you need to have your head. He’s, I’m just going to straight up say it now. You’re nuts. You’re crazy. That’s what we’re dealing with right now, folks. And yet for some reason you still have these pundits out there saying, well Democrats, you can’t go too far left cause you got to attract some of these moderate Republican bonkers. No folks, these are the moderate Republican voters, right? These are the people that the pundits on the left think we need to reach out to, that we need to work with, that we can somehow convince to vote for a Democrat instead of Donald Trump, and I’m going to tell you right now, it ain’t ever going to happen, so why bother? These people are on reachable. Those 53% who say that? Yeah, I like the guy that locks kids in cages, not the guy that freed people from bondage. Those people are unreachable. Those people are irrational and those are not people that we even would want voting for a democratic candidate. They’re scum.

If you think Donald Trump is better than Abraham Lincoln, you’re scum. And that’s about the only way to say that. So I don’t want to hear any more talk about civility. I don’t want to hear any more talk about trying to reach across and woo these moderate Republican voters. No, you’re not going to do it. What you could do is get some independence with some good strong policies like those being proposed by Bernie Sanders or Elizabeth Warren. Aside from that, get ready to lose because that is what most of these other candidates would almost certainly do when put up against Donald Trump. Biden doesn’t have a chance. Harris doesn’t have a chance. I don’t think Budhajedge has a chance in hell to beat Donald Trump, and it’s because those independent voters out there, they may think that Lincoln’s better than Trump, but at the same time, if their lives haven’t gotten better or worse since Trump took office, they’re more than fine voting for the status quo. If there’s nothing better being offered to them, we can’t reach all the Republican voters. We can’t reach the majority of Republican voters, so trying to move to the center to woo these people who think Trump was better than Lincoln. That’s a fool’s errand. That will end much the same way that the 2016 election ended.