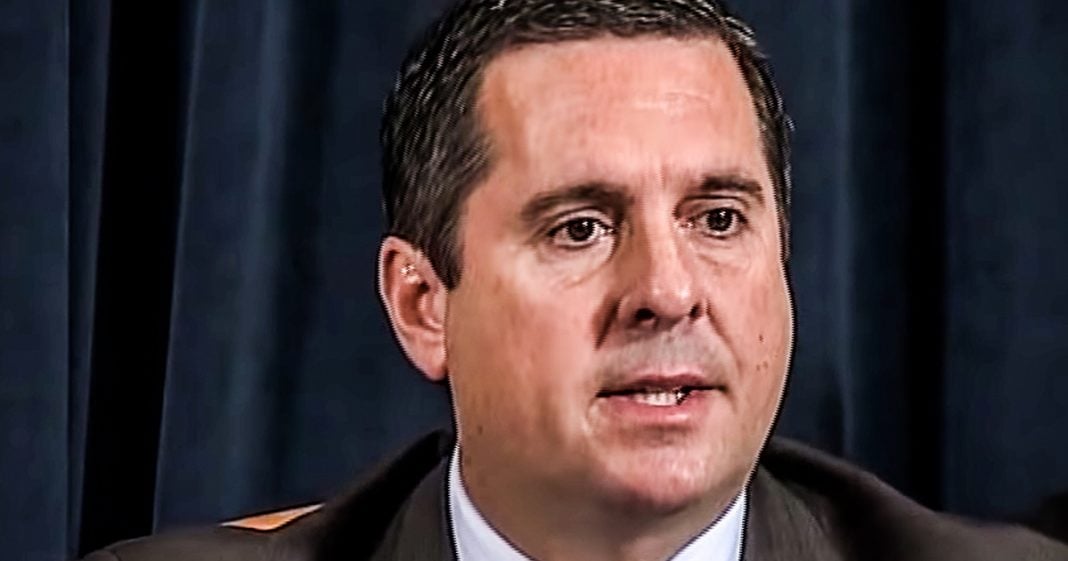 Lev Parnas, the indicted friend of Rudy Giuliani, says that Republican Representative Devin Nunes was absolutely involved in the Ukraine scheme and was actively trying to get dirt on Joe Biden. The Democrats need to broaden the scope of their investigation to include Nunes, and to sort out any other Republican rats in Congress who may have been involved. Ring of Fire’s Farron Cousins discusses this.

*This transcript was generated by a third-party transcription software company, so please excuse any typos.
According to one of the lawyers for Lev Parness the indicted, a Ukrainian businessman who is a good friend of Rudy Giuliani. Uh, according to his lawyer, Devin Nunez was absolutely 100% in on the scheme to extort the Ukraine in exchange for dirt on Joe and Hunter Biden. And this lawyer, uh, by the name of Ed McMahon says that his client wants to testify his tie. A client wants to go into the house of representatives. Specifically he said intelligence committee, although things right now are moving to the judiciary committee, but he wants to go in front of any committee and tell all. His other lawyer says that he wants his client to be subpoenaed. Lev Parness wants to cooperate and here’s why. Parness at this point has nothing to lose and everything to gain. He thinks that if he plays ball, he thinks that if he is the one who throws everybody else under the bus, things aren’t going to get worse for him. They can only get better from that point forward when it comes to sentencing. And they could argue for a little bit of leniency because of how good of a boy he’s been with these investigations. That’s what Parness and his lawyers are hoping for right now, but that’s beside the point. The important thing to focus on right now is the fact that we have a Republican who sits on the intelligence committee, Devin Nunez, the ranking Republican member on that committee who is now been directly implicated in these crimes that the president has been accused of committing Nunez was there. His travel records back up the claims that Parness and media outlets have been reporting. It’s all there and according to Parness’s attorney, he actually helped Nunez connected him and his aides with people in the Ukraine who could give them the dirt that they wanted on Joe Biden. Parness was the middleman. He took Nunez, he took his aides and he said, meet this person right here. Y’all shake hands and now you do whatever it is you have to do. Parness was the guy according to his lawyers who made all of that happen. If Devin Nunez is directly implicated in this, then not only should he recuse himself, which he won’t, he should also face a very serious investigation into his activities because Nunez needs to be removed from office. If this, if this story is true, but there’s only one way to find out, we have to have investigations. So house of representatives, you can either lump Devin Nunez into this impeachment inquiry, call him as a witness or you can start your own separate investigation into Nunez. Carry that out. And either way, if you want Nunez to be a part of the impeachment inquiry or if you just want to do a separate investigation into him for both of those, I think you’re going to need to speak to mr Parness. You’re going to need to see what kind of documents he has, what kind of tapes he has and maybe find out if he was working with any other members of Congress. Because after all, Devin Nunez has been a good friend to Donald Trump. He’s been running information back and forth from the house to the white house, but Matt Gates has been a good friend to. Was he involved? Was Jim Jordan involved? Was anybody else involved? Those are the kinds of questions that a good thorough investigation would be able to answer for us. So Democrats get on it, make the phone call to Parness’s attorneys and get him in there under oath as quickly as possible.