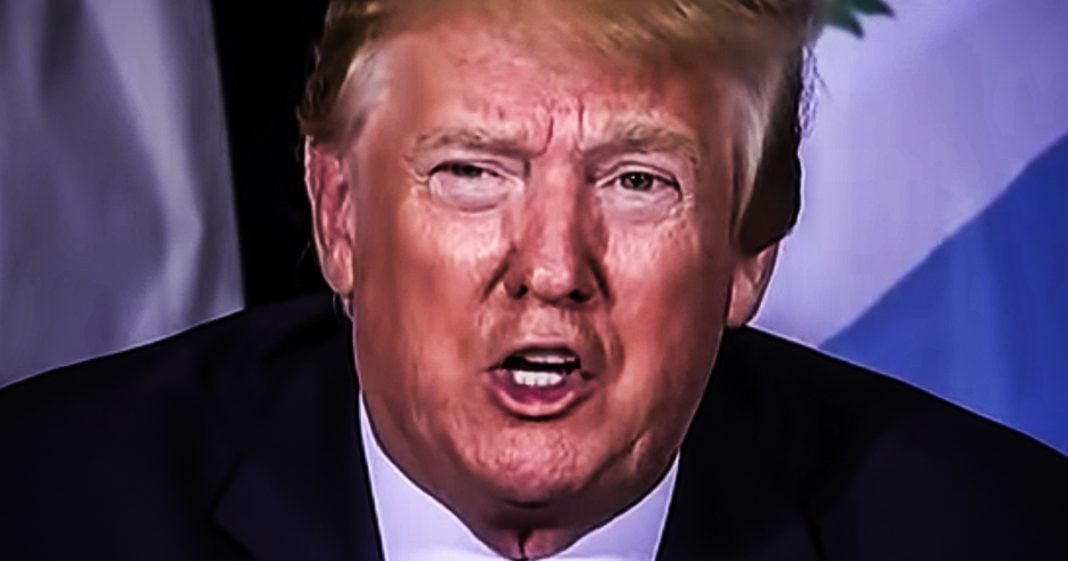 Donald Trump vowed to investigate the investigators, and he actually did. What most people may not realize is that the investigation actually concluded a while ago and the results were “released” last week. Those results, as predicted, showed that Trump’s investigators couldn’t find a single shred of evidence to suggest that a “deep state” coup was behind the Russia probe, which is likely why the President has been so quiet about the entire thing. Ring of Fire’s Farron Cousins discusses this.

*This transcript was generated by a third-party transcription software company, so please excuse any typos.
Many, many months ago, the Trump administration, Donald Trump specifically announced that they were going to be investigating the investigators, right? They wanted to look into the entire Russia probe that had wrapped up and find out who started it, why they started it, and root out all of the never Trumper deep state members who started this whole dang thing to begin with and we laughed it off, right? We had said that this investigation should happen. We did say that and we also said nothing will come of it. Well, guess what folks, this investigation actually concluded a while ago and last Friday, the media found out that Donald Trump’s administration, his own handpicked investigators, found a whopping zero pieces of evidence to suggest that the Russia probe was somehow started by deep state members of the never Trump Cult, no evidence, none. And this after years of Donald Trump and his supporters saying that there was some kind of deep state cue taking place to ask the president, will the people he picked, the people he sought for certain would be able to find this, said, Hey, yeah, doesn’t exist bud. It’s not there. And again, it’s been seven days since this story broke seven days at this point and where? Where’s the stories about it? Right? Where’s, where’s the massive media coverage of this? Where is every single person in this country talking about the fact that the lie Donald Trump had been spreading for three years, which patently false according to his own investigators, doesn’t exist. Coverage in there. Nobody cares. We all knew it was going to happen, so why bother talking about it? Right. Well, the reason we talk about it is because Republicans out there in the United States still believe this. They still believe, and unfortunately far too many people on the left believe it too, that there was some kind of deep state plot to get rid of Donald Trump. That this was all made up by a guy at the FBI who was having an affair with a woman at the FBI sending text messages saying, we’re going to take them down. This is our cue. That’s not how it happened. Trump’s own people have now told him that. Is he going to stop spreading the lie? Absolutely not. Is the media going to talk about this story? Oh hell no. Are all of those people who’ve been also saying this on both the left and right, are they going to change their tune and just stop talking about it all together? Nope. Still going to, and that’s the worst part of all of this. The evidence is now there and the evidence tells us there’s no evidence to support this conspiracy theory, but it just won’t die. You’re still going to have people that I once respected on the left spreading this conspiracy theory that, Oh, there was nothing there to begin with. It was these deep Staters. You’re going to have everybody on the right. People who I never respected saying the same things, but folks, we now know there is the link in the description of this video. Go read it for yourself. Go check out the little meager story by the New York times that they did on it. The Washington post I think did one too, and then if you’re really bored, go search around the conservative news websites, see if you can find any of them. Make mention of this because I can promise you you won’t because it simply doesn’t exist. Because acknowledging this would be acknowledging that the president has been lying about this conspiracy theory for three straight years.