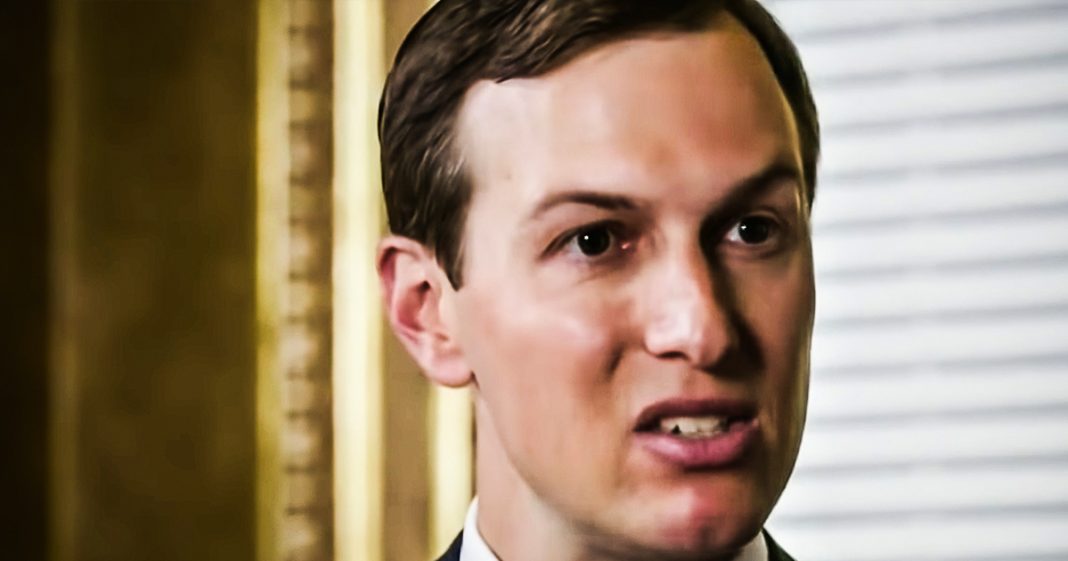 Donald Trump is furious that conservative blogger Matt Drudge has warmed up to the idea of impeachment, so he has tasked Jared Kushner with finding out what has happened to Drudge. What is likely happening is that Drudge understands that the evidence is just too great to overlook, and if he wants to save what little reputation he has, he can no longer blindly support Trump. Ring of Fire’s Farron Cousins discusses this.

*This transcript was generated by a third-party transcription software company, so please excuse any typos.
Donald Trump is not happy right now with conservative blogger Matt Drudge. Now for many, many years, Matt Drudge running the Drudge report has been one of the most prominent yet reclusive right wingers out there in the right wing media empire. But over the last couple months, Matt Drudge has seemed to sour a little bit on Donald Trump. You know, not quite happy with the policies, not quite happy with what’s going on with this Ukraine scandal. And he’s starting to question whether or not Donald Trump should in fact be impeached. And of course, any member of the conservative media that dares questioned Donald Trump immediately is met with skepticism by the president. He is confused. He is angry as to why this person who is allegedly supposed to be on his side suddenly isn’t. So Donald Trump has done the smartest thing he could do. And he is sent Jared Cushner to find out what Matt Drudge, his problem is now, allegedly Jared Kushner and Matt Drudge are old friends. They know each other. So Trump goes to Cushner and he says, Hey, you know this guy, you’re buddies with him to find out what his problem is. What’s going on with Matt Drudge. Donald Trump has said, and again, he picked Jared Cushner, the Witless wonder to go get to the bottom of this cause God knows anything you put Jared Cushner on is totally going to end well for everybody. But to his credit, it’s actually not just Donald Trump. Who’s wondering what the heck happened to Matt Drudge? Rush Limba in the past few weeks has been attacking Matt Drudge, saying that he gets dozens of emails every single day asking what happened to Matt Drudge. You want to know what happened to Matt Drudge? I’m going to tell you, Matt Drudge has been doing this a lot longer than most others in the conservative media. Not Rush Limba Sean Hannity, but certainly longer than your Ben Shapiro’s and all those new little fly by nighters funded a in part at least by the Koch brothers like Charlie Kirk. Drudge has been doing this for a while. Drudge actually has a decent reputation amongst conservatives and Drudge sees the writing on the wall. He’s not a completely stupid guy like some of these other folks. He knows that he has to protect his little empire. He has to protect his moneymaker, and if you go all in on Donald Trump, eventually it’s going to come back to bite you. You don’t believe me. Ask Rudy Giuliani how that’s working for him. Drudge knows that he can not simply sit there and be a propagandist for this administration. If he is, it destroys what little bit of credibility he may had and trust me, it wasn’t that much to begin with, but he wants to hold on to it because it’s not very big. So he’s going to hold tightly to it. And if that means occasionally having to question the motives of the president of the United States than Drudge is willing to do that because again, he has about this much integrity, but that’s more than most people on the right have and Drudge isn’t willing to give that up to be a boot licker for Donald Trump and that makes Trump unhappy. If you’re going to be a Republican, you have to tow the Trump line. But Matt Drudge isn’t willing to do that just yet, but we’ll see. Maybe Jared Kushner will go talk to him. Maybe we’ll have a nice phone call. Maybe he’ll fly him to the white house to meet with president Trump himself. Who knows. But one thing we can bet for sure is that if Drudge doesn’t change his tune, Donald Trump’s going to get very angry and try to turn as many of his followers away from Drudge as humanly possible.