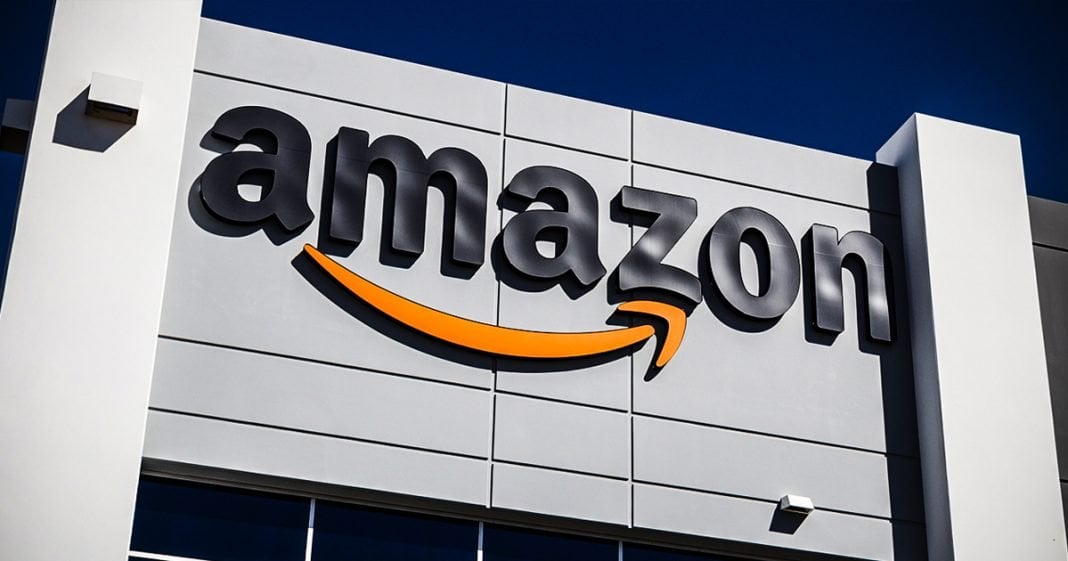 Workers at Amazon warehouses are forced to work long hours with low pay and have quotas that have to be met every few seconds. As a result, safety protocols are often broken in order to keep up, and a new investigation has found that these Amazon workers are getting hurt on the job four times more than other industries. Ring of Fire’s Farron Cousins discusses the new investigation.

*This transcript was generated by a third-party transcription software company, so please excuse any typos.
Well, folks, we’re pretty much just hours away from black Friday madness, right? Everybody’s going to forget that they had just given thanks for all the good things that happened to them over the past year, hoping for better days in the in the future, and they’re going to go out there. You’re going to spend all your hard earned money on things that aren’t actually even a deal because technically if you wait according to statistics, you get better deals later on as the holiday season gets closer. But sure, whatever. We’re going to go out there and we’re going to spend a lot of money, but for those who don’t want to fight the black Friday crowds, you’re going to order stuff from Amazon, right? So what everybody does now, you just order it from Amazon. They have everything. Well, before you do that, I want you to listen to this story here. Phenomenal work here by the Atlantic and reveal from the center for investigative reporting. They put together this massive new report. They told multiple different personal stories about the people who work in these Amazon warehouses that fulfill your orders. When you click buy it now, and it talked about the horrors that they’re experiencing now. We’ve talked about the horrors in the past, right? We talked about the workers having to pee in bottles, too afraid to go on bathroom breaks. The guy who dropped dead of a heart attack in the middle of one of these warehouses and wasn’t found for so long after that, he just died. Well, there’s more. There’s more than just that because according to this new report by these two phenomenal groups, Amazon warehouse workers are four times more likely to be hurt on the job than anyone else in that industry. Amazon warehouse workers, the most dangerous job of all warehouse workers here in the United States and the stories they tell are absolutely gut wrenching. The story of a woman forced to stand all day long filling boxes, right, fill, fulfilling orders. She had to fulfill a new order every 11 seconds in order to meet the quota that Amazon set for her. If she didn’t meet the quota, she got written up and you get written up one too many times, you get fired. So every 11 seconds she had to fulfill a new order standing up all day. The woman, I believe who was 54 years old, well after some time doing this, she went to the Amazon doctor who said, you’ve got bulging discs, now you have chronic pain, you can’t do any lifting whatsoever. And the doctor said, this is 100% because of the job you’re doing. And then they sent her back out. They didn’t give her a chair, they didn’t do anything to protect her. She just had to live with that. They gave her a little bit of worker’s comp, but it’s now almost completely run out. Other workers have reported similar stories and while they do admit that, yeah, Amazon trains us on how to be safe. They have all these warnings up everywhere. But unfortunately, because of the quotas that set for these people, they’re unable to both fulfill the quota and follow the safety protocols. So guess which one doesn’t get met, the safety protocols, because they know if they don’t fulfill those quotas, they get fired. So they have to break Amazon’s safety policies to fulfill Amazon’s quota policies. And then they end up getting hurt again at four times the rate of other warehouse workers in the United States and then once they get hurt, they get fired too. So it’s a lose lose situation for these workers in these Amazon warehouses. You can either do things the correct way, in which case you can’t possibly meet your quota and you get fired, or you can break the safety rules to meet your quota risk, permanent injury, and then you get fired. Anyway. Amazon is quite possibly the worst company in this country. Absolutely filthy, disgusting what they are doing to these people, and again, this is a company that is owned by, depending on the day of the week, the richest man on the planet. I think bill Gates just took back over that title a couple of days ago, but it’ll shift back, I imagine after the holiday shopping season. I want everyone watching this. Follow the link in the description. Read this entire story. What I’ve given you here is only a snapshot of what the Atlantic and reveal found out. It’s disturbing what’s happening to these people, and I want everyone to read this story before you hop on Amazon and a few hours to begin your holiday shopping.