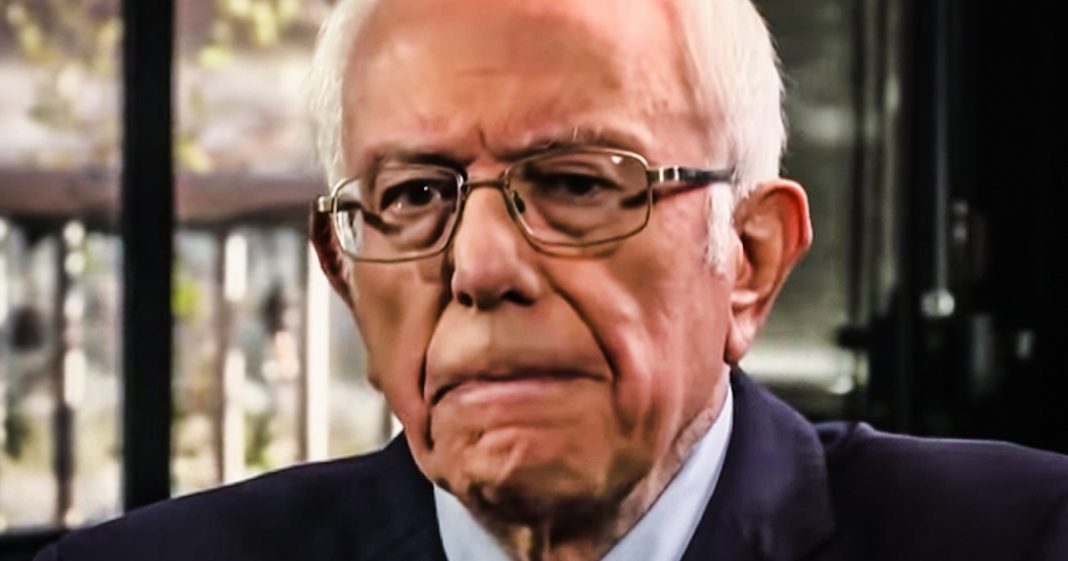 According to a new round of Gallup polling, Socialism is now as popular among Millennial voters as Capitalism. The main reason for this, which the poll did not get into, is that this age group has seen nothing but failures from capitalism for most of their lives, and they want a better system. Capitalism, in its current form, is not working for any age group, but older voters are still able to look back fondly at what once was. Ring of Fire’s Farron Cousins explains what’s happening.

*This transcript was generated by a third-party transcription software company, so please excuse any typos.
An interesting new poll came out this week from Gallup showing that among millennials and generation Z, socialism is just as popular, just as acceptable as capitalism. Now, this is the only age group where those two things are roughly equal and capitalism has as much favoribility as socialism. The other age groups, the boomers, the gen excers, they view capitalism far more favorably. Then they view socialism. Now, this is not the first poll to show this, certainly not in the last three or four years. We have seen this trend among the youth in this country where they look at socialism and I’m not talking about you know, what’s happening or happened in communist countries. We’re not talking communism. We’re talking about what’s going on in European democratic socialist countries. That’s what they’re gravitating to and here’s why, and here’s also why the older generations aren’t necessarily on board with that yet. For the millennials, for the people, 38 37 I think it is in younger capitalism’s basically been a failure for our entire lives. We were born into a world, and I know this because I’m one of them. At the top end of that age group, but I’m still in it. Technically. We were born into a country in the early 1980s that was busting up the unions left and right, and when that happened, the middle class died off. The gap between worker pay and CEOs exploded and it continues to explode. To this day, workers are getting less, they’re getting fewer benefits. Health insurance costs have risen, pharmaceutical costs have risen astronomically. We have been through three different recessions. Those of us born in the early 1980s we went through the great recession. We have seen the capitalistic system fail repeatedly, and every time there’s a so-called recovery, we somehow don’t get any part of that. The top 1% do the big businesses do. The stock market gets a huge rebound. We’re bailing out billion dollar corporations were subsidizing billion dollar corporations with a few more billion dollars. Capitalism has failed us for our entire lives. So yeah, it is a little bit more attractive to look over at these democratic socialist countries and say, wow, you guys don’t have to pay at the point of service for healthcare at all. Okay. Yeah, we want that. Oh, you guys don’t have to pay for college either. Even though I’m pushing 40 and still have tens of thousands of dollars in student loan debt, that’s preventing me from being able to do more meaningful things in my life. Yeah, I want that too. Now the genexers and the baby boomers, they don’t feel that way. Do you know why capitalism hasn’t been a failure for their entire lives? The boomers grew up at a time when capitalism was fantastic and the new deal helped along with that too, and that was also a little bit of democratic socialism, but they don’t view it as that. They just see it was capitalism doing what capitalism does, but capitalism don’t do that no more and it can’t because of what our politicians have done to it. Capitalism can work phenomenally with proper regulations and safeguards in place, but over the years we have destroyed those safeguards. We have destroyed those regulations, most of which came at the hands of the Republicans. We have destroyed the labor unions, killing the voice of the American workers. And once you destroy all that and you just let capitalism have added, it can’t succeed. And the last 40 years have proven that you can’t argue that it did succeed because it hasn’t, at least not for our generation. And that’s why we’re gravitating toward these other bold, big ideas where the government comes in and says, Hey, guess what? Corporations? You can’t do that. Hey, guess what? American citizens, you can have this. We’re going to take care of you because that’s what we want. Because we’re tired of watching this same capitalistic economic system fail repeatedly while we’re being told that we’re somehow responsible for that. No, no boomers, that’s you. You did this to us. We will never return to the glory days of capitalism here in the United States, not without a big Hardy injection of some democratic socialism.