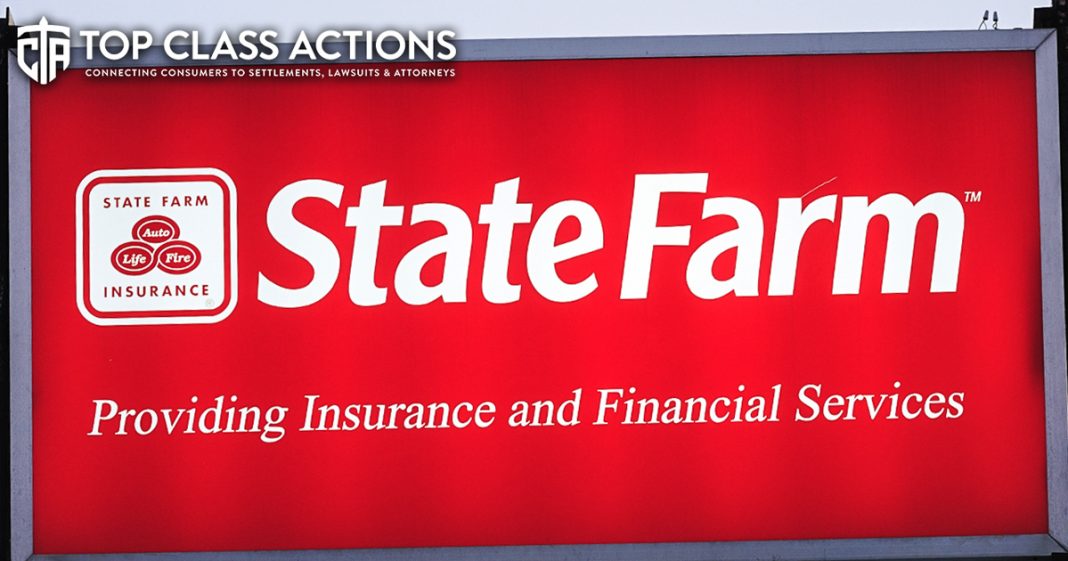 Farron Cousins:                  We have talked a lot in the past here on Ring of Fire about insurance companies doing anything to save a dollar and typically that means denying very valid insurance claims. But in addition to doing anything to save a dollar, these companies will apparently also do anything to, in some cases, quite literally make a dollar even if it means charging people who want to receive a paper bill $3 and then also charging people who do not want to receive a paper bill a dollar. Joining me now to explain what’s happening is Scott Hardy with Top Class Actions and Scott, you and I have discussed well over 100 different class action lawsuits and settlements over the last year. This to me just kind of jumps out as one of the more disgusting ones I’ve seen because this is State Farm and you know what, I don’t want to give too much away. Tell us this story because it’s absolutely just, just crazy what they’re doing to consumers here.

Scott Hardy:                          Yeah, you know, State Farm is a trusted insurance brand. You’ve got their insurance agents all over the country, independent insurance agents, and unfortunately they’re not acting like a good neighbor here. They are not a good neighbor. They’re a neighbor that is charging you a dollar, $2 $3 for little bitty transactions, but those add up to millions of dollars of fees every single month once they charge all of their customers. In this case, as you said, if you say, hey, I just even want to pay online automatically, I don’t want to even see my bill, which is beneficial to State Farm. They still charge you a dollar a month. Why? You’re actually making these. You’re making sure that you get their money on time every single month and they’re charging you a dollar a month for that. Oh, if you want to pay by check, $3 fee. You want to go ahead and set up that recurring monthly payment, oh, that’ll also be $2 if you want to get your, set up that monthly payment, but you still want your paper bill.

And so you had the New York state legislature, which had said that all of these little types of fees predominantly negatively affect lower income households and senior citizens that are on fixed incomes. You know, if for you or me, if we get an extra dollar a month, it’s not going to be a big deal. It’s going to be annoying as heck, but whatever, you know. But if you have people that are retired, you know, they’re living paycheck to paycheck, they are sitting there, you know, working two jobs, getting hit with two, three, five, ten, you know, of dollars a month of extra fees for really silly things like this, make an impact on them. And that’s why the New York legislature put these rules in place, was to protect them. So that way attorneys can go after companies who are nickel and diming their own clients and get some back and make them change their ways. And that’s what I’m curious about because this class action was filed in New York. Will State Farm change their ways nationwide? Will they just bend to the pressure and change it in New York? Will state attorney generals in other States follow this class action and then file suit? We’ll have to see.

Farron Cousins:                  You know, one of the reasons I find this just so disgusting is the fact that State Farm is telling them, okay, you want to pay your bill, you got to pay us a fee for the privilege of paying your bill. We don’t care if it’s by check or online or whatever. You want to pay that bill, we’re going to charge you money to pay your bill. That’s insane. Yet that is exactly what they’re doing here. And a lot of people, you know, insurance companies are wonderful when it comes to having these great humorous commercials. You know, State Farm right now they’ve got their ones with Aaron Rogers and Patrick Mahomes during football season. So everybody’s, oh I’m a, I’m a Packers fan. I’m a Chiefs fan or, or, or, or, you know. Yeah. So I’m going to go with them. You got your progressive insurance with, with your Flo and your other people having fun, your gecko, Geico.

And it kind of puts this happy, fun face on every insurance company. But as we’ve always seen, when you look behind the curtain, these companies are not the happy, fun little places that you see in these commercials. They want to do anything to save a dollar. They want to do everything they can to earn a dollar. Even if they know, like in New York, like this suit, that they legally can’t do it, but they’re doing it because they’re gonna make a lot of money before the lawyers finally come in and force them to stop. And whatever they pay out in a settlement that probably will happen is still probably going to be less than what they pulled in from this practice to begin with.

Scott Hardy:                          Exactly. Right now they’re pulling in millions of dollars a month from these fees. And so if they go ahead and stretch this case out for another six months, eight months before they make a settlement and they go, okay, we’re sorry, we’ll stop charging it. We’ll issue $15 million in refunds. You know that’s just going to be a small portion of what they took in from the fee. But hopefully it will make them change their practice because that’s a big point of these class actions is getting some money back in the hands of consumers. But making the co, the big corporations change their practices so they can no longer charge these nickel and dime fees to their clients. You know, we’re, we’re paying enough in our premiums. Why do you need to go ahead and try to stick it to us for making life easier on us and on you?

Farron Cousins:                  I’m giving everybody who’s watching this, a homework assignment right now. So everybody pay attention. I want you to go to any of your insurance policies, car insurance, whatever it is. Look and see if they’re charging you a fee for paying your bill. Whether it’s submitting a check, whether it’s paying online, look and see if there is a fee. I know for a fact, my car insurance companies, I pay $2 every month for the privilege of being able to pay online. So everybody else go check yours. And if you are getting charged that fee, I want everyone to reach out to their insurance company via email or phone call if you have the time, ask them why they’re charging you this and find out if your state even allows this kind of charge. And if it doesn’t contact Scott Hardy and the folks at Top Class Actions. Let’s stop this practice. Scott Hardy with Top Class Actions, thank you very much for talking with us and hopefully we’re going to get a lot of people reaching out to you on this issue.