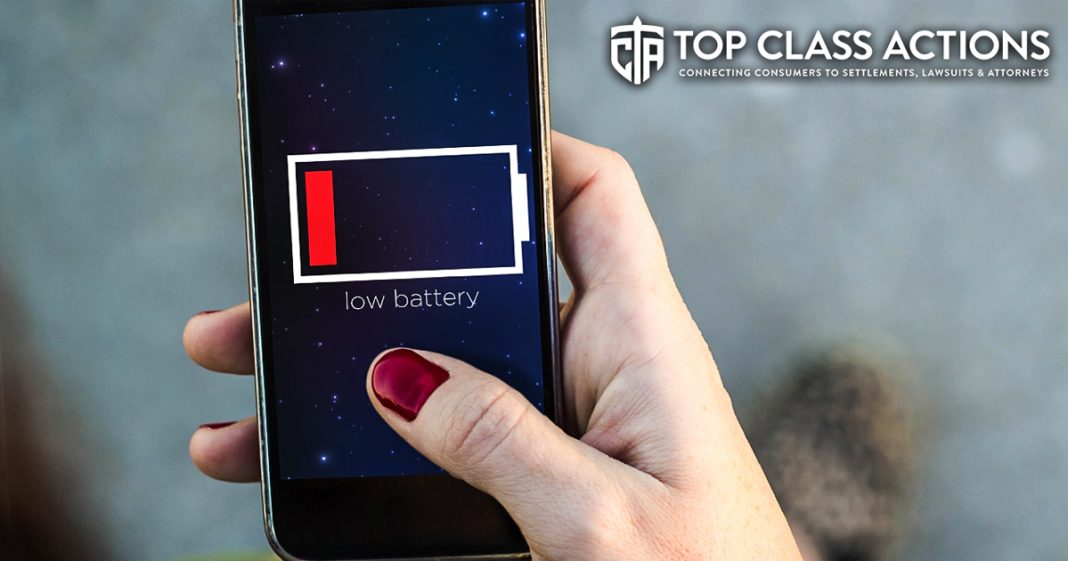 A class action lawsuit claims that the makers of the portable charger FuelRod reneged on their policy of getting a free replacement charger when one gets depleted. Plaintiff Tyler Veasey says he purchased a FuelRod at a kiosk at Walt Disney World in Florida and was told that the purchase entitled him to “Free Unlimited Swapping.” However, when his charger was void of power, he found out that defendant Tricopian Inc. makes customers now pay for new chargers. The FuelRod class action lawsuit claims that in the beginning of 2019, the defendants started to charge their users $3 if they wanted to swap their FuelRods in for a new one. Ring of Fire’s Farron Cousins discusses this with Scott Hardy, President of Top Class Actions.

Farron Cousins:                  As we become more and more mobile with all of our devices, these independent chargers that we can carry with us in our pockets or backpacks or purses or whatever, those have become far more popular, meaning we don’t have to go sit next to an outlet for several hours while we charge our devices. And as is always the case, when a new industry pops up, there’s always seems to be a lot of problems with companies coming in and trying to undercut and essentially rip off consumers. And that’s what we’re dealing with right now with FuelRod.

Joining me now to explain what’s happening is Scott Hardy with Top Class Actions and Scott, FuelRods sold a lot at Disney World. They’ve got their big kiosk there. You see them in airports, you see them anywhere where there’s a lot of foot traffic where people don’t have easy access to an outlet. And that’s, yeah, it’s a pretty good business model except for the fact that this lawsuit says that the company’s being dishonest, not just about their policies, but about the power that they’re packing into these devices. Tell us what’s happening.

Scott Hardy:                          Yeah, I thought this one was interesting because they used to market when you were in Disneyland or Disney World, you could spend 20 to 30 bucks, get your new FuelRod and charge up your phone, charge up your iPad, whatever you’re using. But the issue is twofold. One, they said that you can unlimited, unlimited swaps so you could get your FuelRod, have that connected to your phone and then as you can continue to use it, just swap it out. No charge. Well they changed things around. So now they charge you $3 for each swap and that is absolutely an issue when you take a look at how much battery power each one of these FuelRods has. The class action states that the chargers only have 2,600 mAh, while most chargers typically have 10,000. And when you have your FuelRod that only has 2,600 mAh, then that means that it won’t even be able to fully charge your phone.

If your phone’s empty, your battery is almost done, it won’t be able to give you a full charge. You are forced to go back and pay another $3 to get another FuelRod to fully charge your device. And so I think that adds an extra layer of complexity to this class action, which frankly I think makes FuelRod look bad. Because if you, if I buy this FuelRod, I expect to be able to get at least one full charge on my phone and now it looks like that’s not the case. And then FuelRod could have gone ahead and said, hey listen, we changed our policy. We’re sorry, but if you bought your FuelRod back before we changed our policy, no problem. We’ll keep swapping out at no charge. But they didn’t do that. They just said, nope, now, now our policy is $3 per swap out. You got to pay it no matter what. And, you know, that led to these class actions.

Farron Cousins:                  And it is really disappointing because, you know, as we mentioned, you see these in areas with heavy foot traffic where people don’t have access, you know, to sit down and say, okay, sorry kids, we’re, we’re not going on splash mountain because we’re going to sit here for four hours while I charge my phone at this outlet I found. So no, it is great. It’s, you pop it on there, you keep going, you get to take all your wonderful pictures with everybody and it’s, it’s just not it, you know. You’re used to overpaying for things. Anybody who’s ever been to a theme park, everything is overpriced. But you typically do get the product that you’re purchasing.

With these FuelRod, that’s not the case. You’re purchasing something that you’re told, you can go in there unlimited swaps. There’s a big sign right there that says unlimited swaps and you assume at the very least it’s going to actually charge your device. And we’re finding now that it’s not even going to give you up to a hundred percent. If you were dead completely, you may get 60, 70 but you’re probably not going to get any more than that.

Scott Hardy:                          Exactly, and, and so you have FuelRod getting hit with this class action lawsuit because their batteries are lower power than you would be needed to fully charge. So you’re forced to not only buy the battery pack but to swap it out if you want to fully charge your device. And then changing the rules mid, in the middle of the game, where people are coming back saying, hey, I want to swap out my FuelRod. And they go, nope, here’s our three, you know, charges three bucks to swap it out. When a lot of these FuelRod, you know, these, the, the, the batteries are, are, you know, 10 bucks for a 2000 mAh battery. You know, you could probably get that for between $5 to $10 now. They are super duper cheap. So I would encourage our viewers out there. If you’re thinking about buying a battery for your device, you know, go to Amazon or wherever you want, take a look at Anker and the other big, the big producers of these rechargeable batteries and pick one up.

We’ve got a whole bunch of them. We travel a lot with the kids. These are lifesavers. You’re going to pay that big premium. Like you said, if you go to Disneyland and you need to, you’re out for a battery. Well, no matter what, you’re going to buy it, right? You’re going to buy it because you have to have it. But hopefully a FuelRod will come out with some better options to better serve their customers. And Disney will force that change upon them because customer service and customer satisfaction is so important to our favorite mouse.

Farron Cousins:                  Right. That’s definitely one of the things Disney does not ever like is any kind of negative publicity. So we have seen them respond in positive ways to negative publicity in the past. And hopefully this has one, even though FuelRod is an independent company, they do have these contracts with Disney, and I don’t think it’ll be too long before Disney steps up and says, hey, you’re going to fix yourself, or we’re going to go to any of these other unlimited number of battery charging companies, and you’re outta here. So I think this is one of the times Disney’s going to handle this pretty well, and hopefully the people who have been wronged will also get a decent settlement out it, out of it, as this continues forward.

And for more information about this issue, please follow the link in the description of this video. Head on over to Top Class Actions and while you’re there, make sure you sign up for their weekly newsletter. Scott Hardy with Top Class Actions, thank you very much for talking with us.