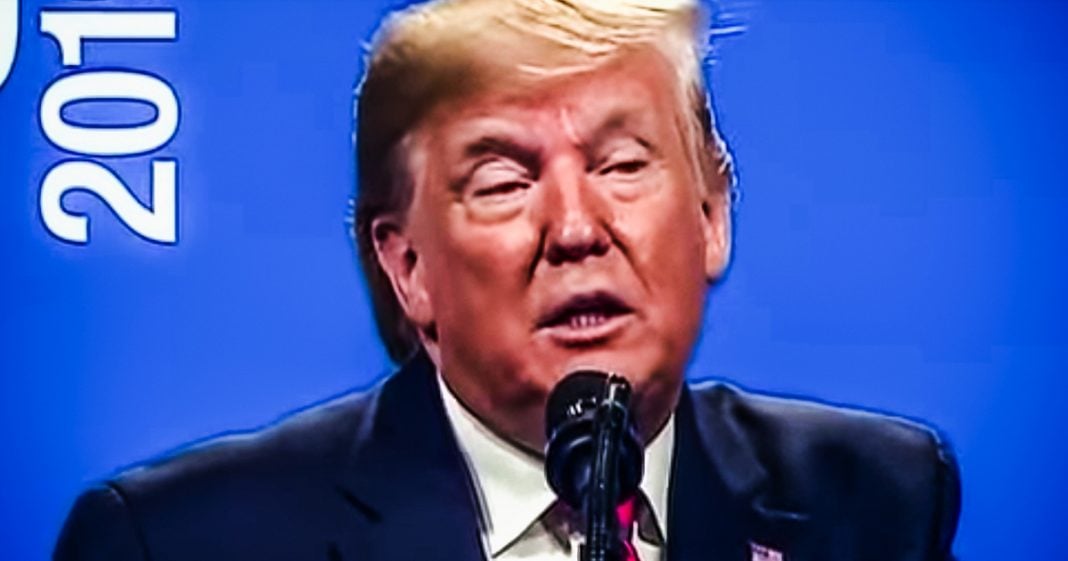 Democrats on the House Intelligence Committee say that the final impeachment report will be released shortly after Thanksgiving. The only questions remaining are 1. Have they had long enough to make their case? 2. Will the public be able to clearly comprehend this report. If the answer to both of those questions isn’t “yes,” then they need to go back to the drawing board. Ring of Fire’s Farron Cousins explains what’s at stake with the release of this report.

*This transcript was generated by a third-party transcription software company, so please excuse any typos.
So yesterday rather unexpectedly, uh, Adam Schiff announced the Democrats are finalizing their impeachment report and they prepare to release it after the Thanksgiving holiday break. Now that’s a very quick turnaround, right? They, they’ve been doing this for about two months and now they say they’re ready to go ahead and draft up the articles, draft up their reports, and then begin debating them in the house of representatives, possibly even voting on it by the end of the year. Although Schiff wouldn’t commit to any timetable as to when they would be holding those votes or if it would even happen by the end of the year. He wants it to. But I think we’re kind of moving a little too fast here, right? I mean, if they’re already working on their report, that means they kind of have what they think they need. And Schiff has admitted, we’ve got so much evidence, it’s very clear that the president did the things we’re accusing him of. But think back to the last three days folks, the amount of information that we have learned in just the last three days after all those hearings ended from people who haven’t even testified before Congress yet. That’s some pretty amazing information. That implicates more people from the Trump administration along with Republican representative Devin Nunez. Are Democrats really prepared to just say, okay, well we think we got enough out of all this. Let’s go ahead and just write it up and vote on it. Or maybe should they take their time on this and say, hold up. I think we need to talk to a couple more people. I think Mr. Love Parness needs to come in here and explain to us all these allegations. Has attorneys been lobbying for the last three days? I think Devin Nunez may need to take the stand here and tell us in his own words what did or did not happen. I think there’s a lot more information to be gathered and I understand they’re working on a timeframe. Right? Well, we got an election in less than a year at this point and they want to have those articles drafted and voted on and have that Scarlet letter of impeachment tattooed across Donald Trump’s chest prior to the election and you still got time to do that. That Senate trial is going to be a sham no matter what, right? It’s going to take like a week or two. This isn’t going to be a long drawn out Senate trial. They’re going to get it over with as fast as possible so that they can move on and act like Donald Trump did nothing wrong. We know that’s going to happen, but in order for the public to really resonate on this impeachment issue, the Democrats have to come with everything they’ve got. You have one chance to get this right and if you rush it, which it feels like you are, then you’ve lost. I’m not ready for this impeachment report, and I don’t think the public is either and I don’t think the Democrats in the house of representatives are. I think there are more people we need to hear from who can tell an even bigger story who can implicate even more people from this Trump administration. Those are the people the public wants to hear from too. We want to know the full and complete story. We don’t want the Democrats to vote on these articles of impeachment and then for the Senate to dismiss them and then find out two months later somebody else had even more information, but he never got called. Democrats have the upper hand right now in the house, but if they blow it, if they shoot this shot a little too early, they can’t go back. Right? You’re not going to be able to go back six months from now and say, Oh, you know what? Maybe let’s try this again. No one chance, don’t rush it. Don’t try to get it done before the Christmas holiday break. Take your time. Do it right, and if it means you don’t vote on it to March, vote on it in March. Still plenty of time. Don’t screw it up for once in your life. Don’t do what the Democrats typically do, which is take a golden opportunity and absolutely destroy it on your own. You can do this correctly. You can take your time and you can get the public to go right along with you, but if you’re trying to rush this thing out because you want to get home for some Turkey, then yeah, you pretty much already lost.