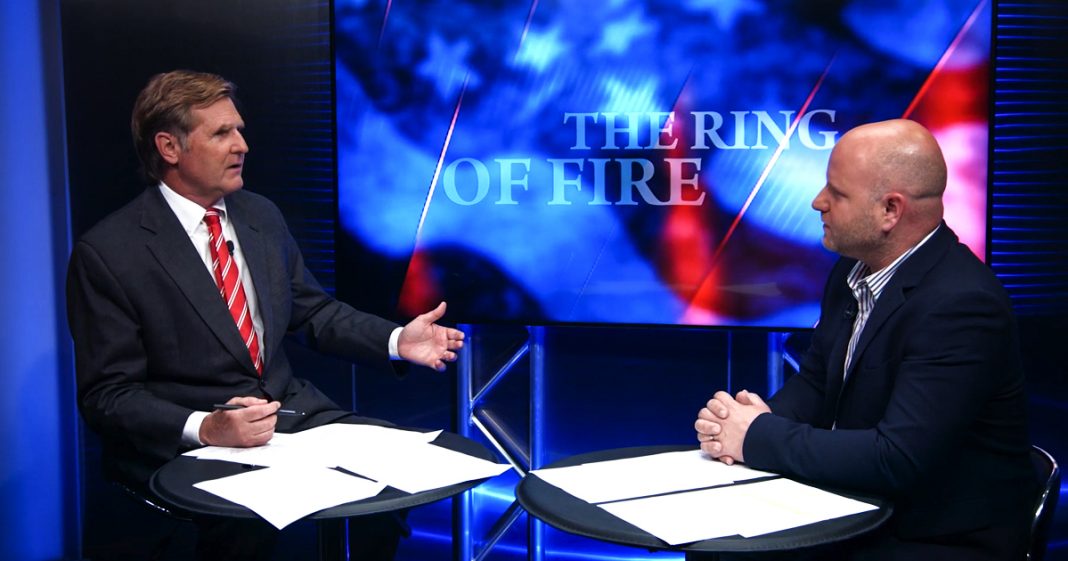 A federal judge ruled that children in this country actually don’t have a right to learn how to read. Ring of Fire’s Mike Papantonio and Farron Cousins discuss this.

Mike Papantonio:             A federal judge last week ruled that children in this country actually don’t have, they don’t have a right to learn how to read. I mean, if you really drill down on the ruling, that’s what it is. I think what bothered me about this, about this story was you have this judge that had the ability to really to say that, you know, there are some rights that we need to protect.

Mike Papantonio:             And one of them should be the right to get an education, the right to be able to read and instead gives us all this flowery language. Gee whiz, illiteracy is a terrible thing. Illiteracy is something we got to stop, but I’m not going to show any courage and find a way to make that happen. Now understand, this judge did not, he could, this judge could have ruled favorably without ever going down the path that he said he had to go down. Pick it up from there.

Farron Cousins:                  Well, you know, they wanted to make this as a, it’s a more of a moral issue, not a legal issue. But, but really if you think about this, because the, the people who brought this were representing children who are arguing that we were provided a substandard education that did not prepare us, one to pass the mandated tests for public schools and two, to be productive members of society. You failed us. Now on the legal side, they should have argued, okay, first and foremost, we don’t have an option to not pay taxes for schools. We pay for that. It comes out of our checks. There’s number one. Number two, you’re legally required to send your children to school. And so if I’m legally required to pay for it, legally required to send my kids to it, you should be legally required to provide some kind of substantive education such as learning how to read.

Farron Cousins:                  And the judge specifically says, you know, as plaintiffs point out voting, participating meaningfully in civic life and accessing justice requires some measure of literacy. But that doesn’t necessarily make access to literacy a fundamental right.

Mike Papantonio:             The judge did not have to go to a fundamental right argument. He could have mandated, look, you know, it’s just like busing. I’m mandating that this take place because you’re failing to do your job, not based on any type of, you know, fact that they’re, that we’re giving, that we’re reviewing this from the standpoint of this being a fundamental right. There, there was no need to get there. Now either one or two things happened, either the, either the people who brought the case kind of screwed the pooch and, and, and pushed it that way.

At which time the judge could have said, well, you know, you’ve got another way you can come at this. Or the judge said, well, you know, I’m going to say all these, I mean, listen to this. This is the judge, plainly literacy and the opportunity to obtain it is of incalculable importance. This is the judge, judge Murphy, judge Stephen Murphy, US district court, and it goes on to say like, oh, this is awful. It’s awful that these kids don’t have an education. But rather than me being creative and rather than me doing something that there is another way to get to it, he, he chooses, well, I’m going to, I’m going to save myself. I’m going to say that they’re asking me to determine that education is a fundamental right. Didn’t have to go that far. Could have gotten this another way.

Farron Cousins:                  To me it almost is reminiscent of the, the prosecutors with the, the Baker who didn’t want to make the cake for the gay wedding. That would have been a slam dunk case if the, the…

Mike Papantonio:             There’s no question. There’s all kinds of mandates they can come up with. They could have said, look, here are the standards. You’re violating the standards. I don’t have to get to the issue of whether this falls in any kind of suspect classification. I don’t have to get into fundamental rights. I can make you do this anyway. So it was either the lawyers that blew it. Even if they did, if this judge really wanted to accomplish some equity, he could’ve gotten there. And I think that’s what bothers me about this, it’s just nonsense. It’s, it’s like his opinion was written because sometime I want to maybe on a higher court and I want to make it look like I really, really cared about this. And hopefully at that point someone’s going to say, well, you know what, if you cared, you weren’t smart enough to accomplish it.