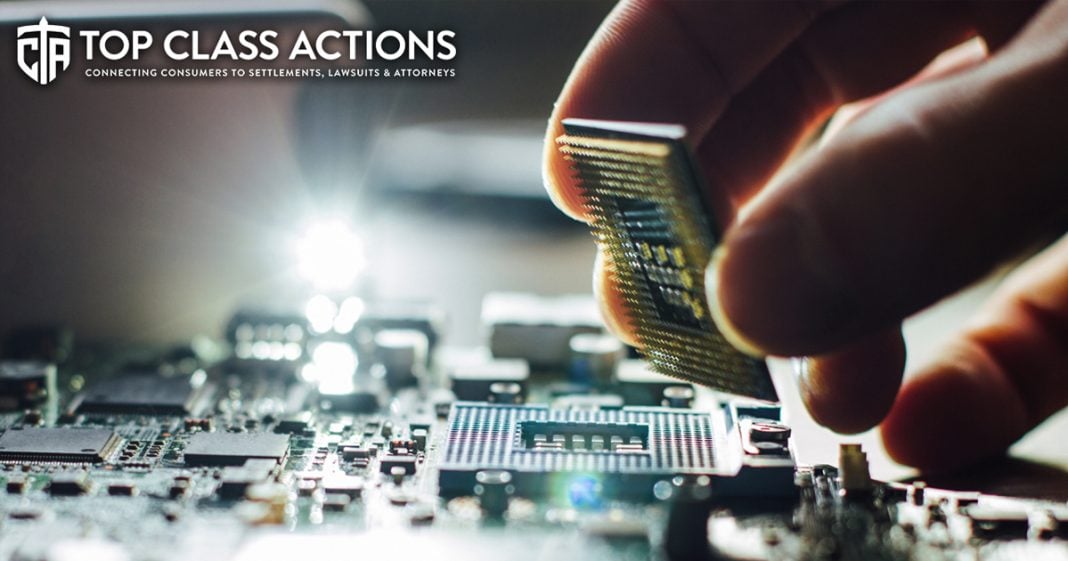 A class action lawsuit was filed against Advanced Micro Devices (AMD), a company that makes computer processors, alleging that AMD misled consumers by marketing its “Bulldozer” lines of computer processing units (CPUs) as having “8 cores,” because the processors in fact only have four “cores.” The AMD class action lawsuit contends that “AMD misled consumers who desired a processor with eight cores by advertising inflated core-counts of its Bulldozer CPUs. As a result, tens of thousands of consumers have been deceived by AMD’s marketing and purchased Bulldozer processors believing AMD’s representations about its core-count to be true.” Ring of Fire’s Farron Cousins discusses this with Scott Hardy, President of Top Class Actions.

Farron Cousins:                  For those of us who need computers that can do a little bit more than basic web surfing and document editing, we always want to go for the best available. And typically that means finding the computer with the best processor, the fastest processor and the most cores. And so AMD, one of the top processor manufacturers here in the United States has been marketing their bulldozer line of processors as having eight cores, which is very attractive to people who need a very powerful computer. Of course, unfortunately for AMD, they actually got hit with a class action lawsuit not that long ago because those eight core processors actually only had four cores. They’ve now agreed to a 12 plus million dollar settlement and I have Scott Hardy with me now to explain what’s happening. So Scott, before we talk about who is eligible for this settlement, take us back and kind of run through what happened with this case.

Scott Hardy:                          Sure. So AMD hopped on the bandwagon as Intel does. And just like you said, when you’re buying a new computer processor for, you know, you’re buying a new computer, you’re like, man, I’m going to be building my own computer. I want to get the most possible. Originally it was quad core, four cores, and then you went, oh, this is the six core processor, this is great. Then AMD came out with their bulldozer processor. The nickname is the bulldozer, the FX line of processors that had eight cores. And you go, well that’s an easy decision that’s, you know, six or eight is better than six or four, so let’s go ahead and buy that. But the issue is when you’ve got the original four cores or even the six core processors, those were all independent cores.

So essentially they were four or six independent processors that can all process instructions independently. While with the eight cores, that’s not really the case. With the eight cores, it’s actually only four independent processors. So you’re, you know, you can provide, you can process four different lines of instruction at the same time instead of eight which was marketed and promised according to the class action. And that’s what got AMD in trouble because they sold more than a million of these processors. So there are a lot of people out there that thought they were getting eight cores of computational power and in fact really were actually getting more around the fact of four.

Farron Cousins:                  So this settlement itself of 12 million, if they sold more than a million, 12 million seems very small. Right? I mean computers are expensive. Processors are expensive. If you just go out and buy, you know, that on your own to, to build your own. And so 12 million for 1 million people who bought this thing that was falsely marketed. That does seem like a small amount. And I know we obviously, we have a lot of people part of the settlement that won’t even claim it, that don’t even know it, that aren’t paying attention right this second when they should be. So I don’t, what’s your thoughts on the number here? Because again it, it seems small to me.

Scott Hardy:                          Well, if they’re able to pay every buyer, it’d be a $300 million settlement because that’s what they’re paying out per processors. They’re expecting to pay out around $300 per claimant. But this only covers people who are in California or bought their, bought their processor, processor through AMD. So it’s interesting, they’re expecting a disastrously low claim rate to have that $12 million cap on it. And by selling people that they expect $300, because if they get a very low claim rate and they get a less than a 1% claim rate, then you know, you could see a very high settlement because the payments all depend, for this particular settlement, on how many claims are submitted. So if they get very few claims, you could get a lot more than $300 per processor. If you get, if there are a ton of claims, then you might only get $10 or $20.

But, it’ll be interesting to see how many people actually submit their claims and they actually allow a fairly high number of CPU purchases without proof of purchase to be submitted. So you can say if you bought them, you can claim that you bought five CPU’s without submitting proof of purchase. Which I’m surprised at because you would think these are marketed to consumers, consumers are going to buy one, two, maybe three if they’re, you know, buying them for a LAN. But if you do have proof of purchase than absolutely submit your receipts on this because you are guaranteed a higher payout. And, you know, if you’re a computer geek that likes to build their own computers, chances are, and you bought it through amd.com then you’ve got that email from AMD showing the number of processors you bought.

Farron Cousins:                  And again, as you mentioned, this is for people who bought it in California or purchased directly from the AMD website. There is a link in the description of this video over to Top Class Actions and in that link you will be able to find the model numbers, everything you need to know to identify whether or not your processor was part of this settlement. So I always encourage everyone, follow that link, look at these model numbers, match them up against yours if you have an AMD processor and see if you qualify. And if you do, obviously take the time, fill out the forms, make this happen.

And again, if you can find your receipt, your proof of purchase, anything like that, emails, a best buy account, whatever it is, go through and find that proof of purchase. Because it could save you a lot of hassle and get you more money in your pocket. Scott Hardy, Top Class Actions, thank you very much for telling us about this today.