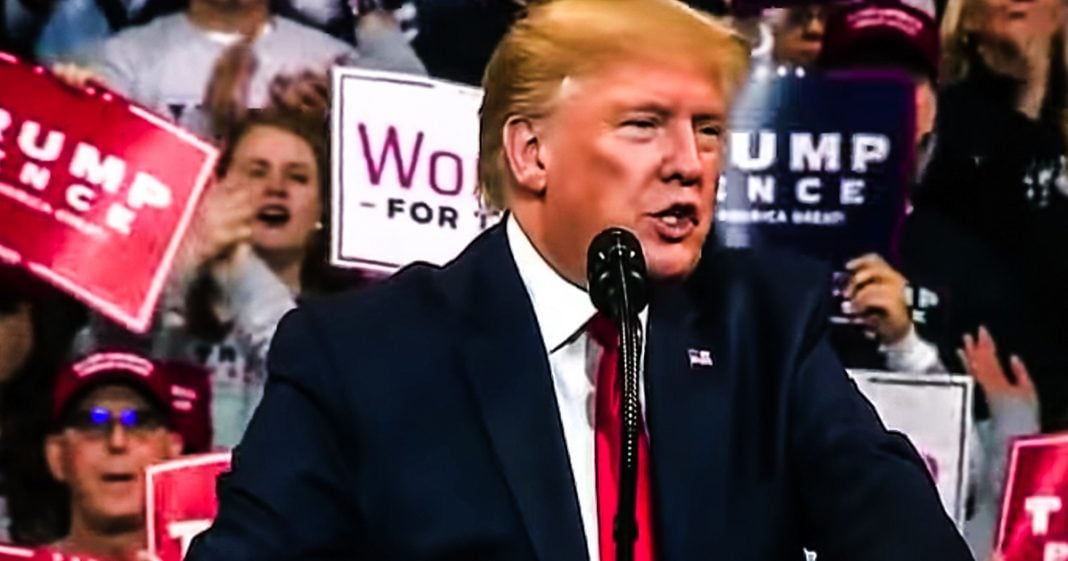 Prosecutors and investigators in New York are starting to look into Donald Trump’s campaign donors as part of the ongoing investigation into Lev Parnas and Igor Fruman, the indicted Ukrainians who are accused of funneling foreign money into Republican elections. Prosecutors want to know who else was involved and what they knew, and that could mean big trouble for Trump and Republicans ahead of the 2020 elections. Ring of Fire’s Farron Cousins discusses this.

Federal prosecutors from the Southern district of New York this past week issued subpoenas to some of Donald Trump’s biggest fundraisers and campaign donors in the state of New York, including, uh, Brian Ballard who was a top Trump fundraiser and the super PAC America first action. All of them received subpoenas this week as part of the ongoing investigation into Rudy Giuliani and his two indicted Ukrainian associates, Love Parness and Igor Fruman. Because the prosecutors want to know what these groups knew about the alleged crimes that Love, Igor, and possibly even Giuliani. Cause let’s not forget, he is also under criminal investigation. They want to know what these donors knew about those crimes. Did you know you were taking money from foreign assets? Because again, Parness and Fruman were accused of a donating $325,000 of foreign money to Republicans here in the United States.

And they want to dig in a little deeper. And one, as I mentioned, find out if these groups knew that they were taking foreign money into, if that was the only foreign money that they were accepting. And again, these are two major Trump groups, Trump donors, Trump fundraisers. And it always comes back to Donald Trump, doesn’t it? Now here’s the thing. This isn’t just bad for Donald Trump because these folks are not just Trump donors. They’re big time Republican donors and Republican fundraisers and Republican superpacs and now they’re being subpoenaed with less than a year to go before a very contentious 2020 presidential and house and Senate election cycle. And so now everything they do, every dollar they spend, every dollar they donate is gonna come under scrutiny. And that is going to severely impact Republican fundraising in the United States. It’s going to make them second guess things. It’s gonna make people second guests giving money and it’s going to make prosecutors say, well, hold up now, let me take a closer look at that. And that is exactly what needs to happen.

I don’t care if it takes down Donald Trump, I don’t care if it exonerates Donald Trump. What we need in this country is more scrutiny over political corporate money. We need to know what is coming from foreign sources because these two bumbling idiots that Giuliani was palling around with somehow managed to give close to half a million dollars to Republicans all across the country before they finally got caught. Now to think that are the only two people that did this is insane. Absolutely an utter insanity to think that only the two guys did this, they got caught. The problem is solved. I guarantee you, if you dig deep enough into elections from coast to coast in this country, you could probably find some foreign money going into just about every single state and the prosecutors in New York at the very least, are trying to find out what happened in their state, what happened in their district. Was there more foreign money? Are there other players in this besides Giuliani, Parness and Fruman, who knows, but they’ll find out if there are, these are some of the most brilliant prosecutors and investigators in this country working on this case and nobody is going to escape it unscathed.

If somebody did something wrong, they’re going to find it. And that’s what gives me hope about this story. But if you really want to solve the problem, you really want to get these criminals out, then let’s ban this kind of money, not foreign money, cause that’s already banned, but that clearly hasn’t stopped it. Let’s ban all money. Let’s move to a public financing of elections. Then we don’t have anything to worry about. We don’t have to waste our time with these investigations. We don’t have to have all these ridiculous laws and the even more ridiculous loopholes about super PACS and other dark money. And you know, Oh, but you’re a nonprofit, but you’ve got a nonprofit action committee that can do politics, but you’re still, let’s stop it. Let’s stop it right now. Ban any and all corporate money from going to any candidate for any race in any state, in any part of this country. And there we’re going to free up a lot of time for some of these prosecutors who are having to waste their time looking into criminals, giving money to Republicans.