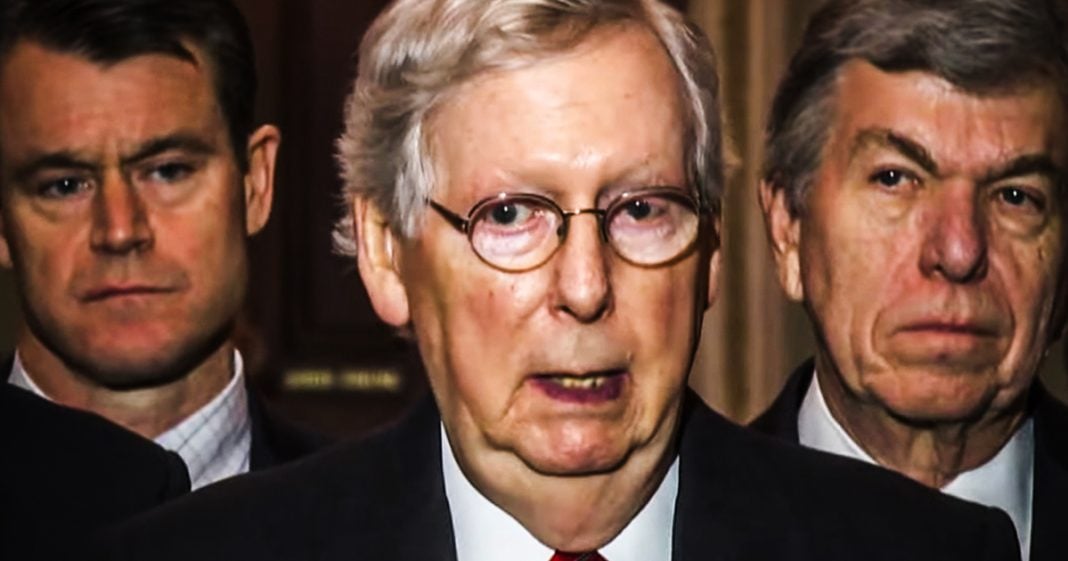 With less than a year to go before what could be the most consequential election in a generation, we still have made no progress in protecting our election systems. Mitch McConnell is blocking funding to bolster our security at every turn, and the voting machines that will be used have been problematic since they were rolled out over a decade ago. This is the only way Republicans can win, so don’t expect broad change while they are in charge. Ring of Fire’s Farron Cousins discusses this.

Well, we have just a little bit under a year until the 2020 elections going to be hugely consequential, possibly the most consequential election in a generation, and here’s the problem. States are expecting record breaking voter turnout for 2020 now. That in and of itself is not a problem, right? That’s a good thing. We want as many people in this country as possible to vote, or at least those of us who aren’t on the right want that. We saw a record turnout recently in the Louisiana governor race in the Kentucky governor’s race in the Virginia governor race. Were talking about double digit increases in the number of people who showed up to vote for those and in every single one of those, a Democrat won. And so as secretaries of state who are now saying, we are expecting record turnout for 2020 as they’re warning us about this, saying, Hey, get ready. A lot of people are going to be there.

Do you know what’s happening in Congress on the Republican side in the Senate? Nothing. Mitch McConnell is still the one person standing in between the United States and secure elections. He has done nothing. He is received multiple different pieces of legislation and he won’t even bring them to the floor for consideration. Some of those were bipartisan Republicans helped write the dang things, but Mitch McConnell still folds his arms, his, no, I’m not going to protect our elections. I’m not going to secure what’s happening. Part of the reason is because, yeah, Mitch McConnell is getting a lot of money from the voting machine companies, tens of thousands of dollars, and the other reason, this is probably the bigger one.

McConnell knows that whenever there’s something screwy with our electoral system, it always seems to benefit the Republicans. He knows that and he’s not going to do anything to screw that up. He wants that to happen. He’s banking on it because they can’t win without it. But make no mistake, our election systems are not secure. They’re not secure from hackers in Russia. Or hackers in Saudi Arabia or hackers in Mexico or the hacker down the street from you, not from anybody. It doesn’t have to be an overseas threat. We don’t have to bring out the red scare again. An American can do this, and they’ve proven that time after time. We’ve done nothing as a country to fix our election systems because Republicans know that if we fix it their days in D C pretty much numbered.