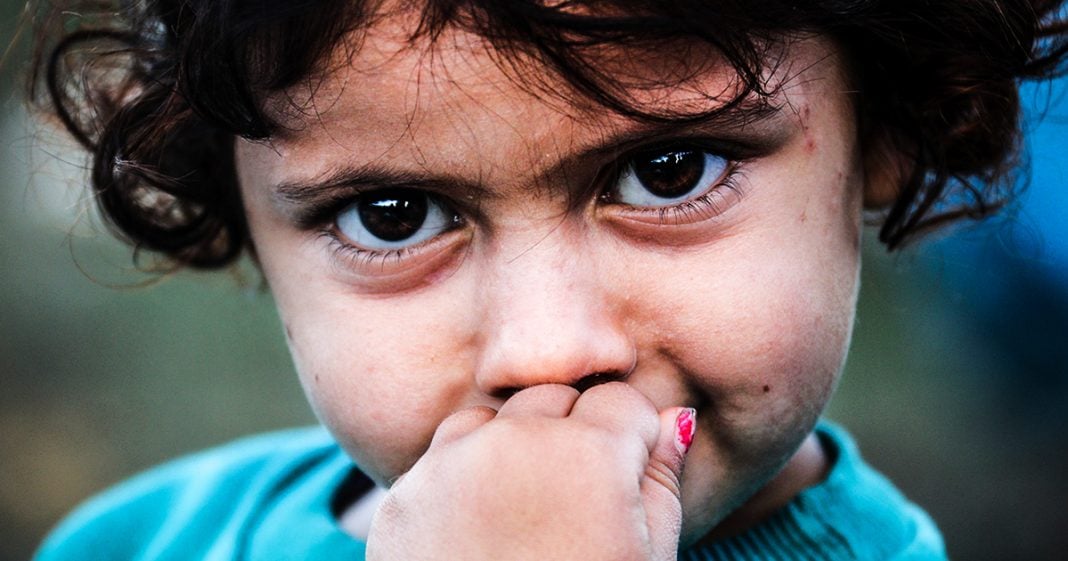 According to a new report  by the UN on the deprivation of liberty in children across the globe, Donald Trump DEFINITELY broke international laws with his family separation policy. The report says that there were plenty of other options available for the administration, but they intentionally chose the one that was the cruelest to use it as a deterrent (a tactic that failed.) Ring of Fire’s Farron Cousins discusses this.

*This transcript was generated by a third-party transcription software company, so please excuse any typos.
According to the new UN global study on children, deprived of Liberty, Donald Trump and his administration definitely committed crimes with their family separation policy. Those children that Donald Trump and his cronies ripped from the arms of their parents and locked them in cages according to the United nations was absolutely a violation of international law. Most specifically a violation of the uh, convention on the rights of the child that the UN passed and not ironically, the United States was actually the only UN member country to not sign on to that. For some reason, we thought that this convention on the rights of the child wasn’t a good thing. We didn’t want to be a part of it. We didn’t want to hold ourselves up to that standard and now we’ve got a pretty clear picture as to why the U N amnesty international, they have all said in the past since we learned about this, that this is a violation of human rights. It’s a violation of civil rights, it’s a violation of international law. It’s a violation of human decency and yet it still happens. The reports are now showing that we have roughly 100,000 migrant children detained here in the United States, which this report also points out 100,000 children. A lot of them have no idea where their parents are. They don’t know what country their parents are in. They don’t even know if their parents are still alive. Some of them who have been reunited don’t even recognize their parents anymore. They can’t bring themselves to speak to their parents anymore. They are going to suffer lifelong trauma because of what this administration did to them. And the report also points out that this policy, the Trump administration put in place that violates international law was done purely because of politics. They said that they had plenty of other options available for what to do with these migrants coming across the Southern border. But they chose the path that was the cruelest because they wanted to use it as a deterrent, which by the way failed. But they still kept doing it because they wanted to show people from South America, from central America how cruel we are in the United States. And you better think twice about coming up here because we’re just that dang mean and horrible. The report goes on though cause it’s not just about the migrant children. Right. It’s also about the fact that for every 100,000 children in this country, 60 of them are in jail. Children, we have the highest child incarceration of all developed countries. I guess that’s another feather in our cap. We don’t just have the highest adult incarceration rate. We also have the highest child incarceration rate and that doesn’t even include the migrant children along our Southern border in those cages. We did that without them. We have very real human rights problems here in the United States, not just with the migrants, with our own native born population too. We don’t care who it is. We’ll lock you up for whatever we want. Part of that is remnants of the failed drug war policy. Part of it is the crime bill. Part of it is because we’ve privatized our prison system. So these private companies who give a lot of money to politicians make more money if we just throw more people in prison. But no matter which way you slice it, no matter which angle you’re looking at it from, we just love to throw people in jail and now we’re starting to get a little bit uncomfortable because everybody else across the planet is calling us out for this. The abuses that take place at the hands of the federal government are not limited to our borders. We’re doing it overseas. We’re doing it South America, Latin America. We’re doing it everywhere. But nowhere is it more egregious to learn about than when it’s literally happening in our own backyards.