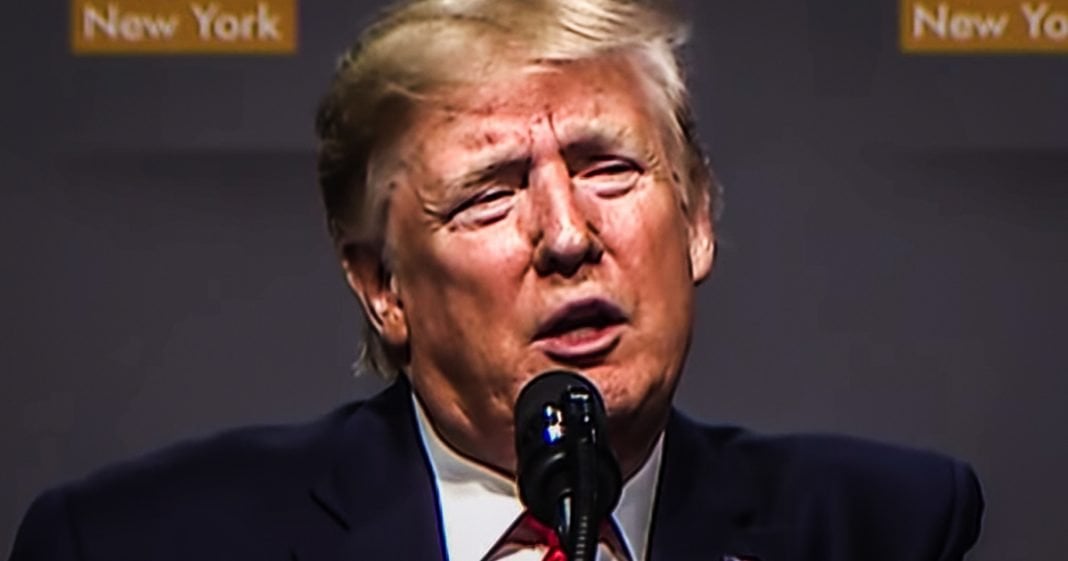 According to the latest round of polling, 70% of Americans believe that Trump acted inappropriately with his phone call to the Ukraine president, and more than half of the people polled said that the President should be removed from office. Ring of Fire’s Farron Cousins discusses this.

*This transcript was generated by a third-party transcription software company, so please excuse any typos.
According to a new ABC news Ipsos poll released earlier this week, 70% of people in this country believe that Donald Trump acted inappropriately and possibly illegally with his phone call to Ukrainian president Zelenskyi. 51% of people in that poll said that they do believe that Donald Trump should be impeached by the house of representatives and removed by the Senate. 51% said they would like to see that happen. 51% of people in this country, according to this poll, want the president removed from office. This is an amazing poll with a pretty horrible margin of error for 4.8% and loyal ring of fire. Viewers know that as I’ve repeatedly said, we are taught in political science, anything with a margin of error greater than three should not be counted. It shouldn’t. So that immediately throws the results of these, of this poll in the question, right? We’re talking about an almost 5% margin of error, but here’s the thing for the 51% that want him impeached and removed, that could go the other way, obviously with this massive margin of error. But for the 70% who say that, yeah, he probably acted illegally here, that number doesn’t change too much and even if you do take away the 5% you’re still left with roughly two thirds of the country saying the president acted illegally. But that’s the part of the poll that people are going to overlook because they want to focus on, Oh, majority says he should be removed. That’s wonderful. Right? That’s what everybody wants to hear. That’s what’s going to get your headlines going. That’s what’s going to get people clicking through. But the truth is that’s not really what this poll says, so therefore that’s not really what this is about. What this is about, believe it or not, is a lesson in polling, and I think it’s a lesson that a lot of people need to learn. If a poll has a margin of error of greater than 3% don’t listen to it. Don’t give it any attention. Don’t share it on social media. Let it go because it belongs in the trash, and that’s where this poll belongs. Especially when you consider the fact that we have access to virtually everybody today, especially these major news outlets. They have phone numbers, they have email addresses, they can target you on social media. They could get these margins of errors down to levels that we have never been able to achieve before in this country, but they consistently fail. Polling today is more unreliable than it was 10 years ago, and that’s why we have to be careful. That’s one of the reasons why all the polling showed one thing in 2016 yet we got a different thing and I know, yes, Hillary did win the popular vote. I get it, but the polls showed she was also going to win the electoral college and she didn’t look for the margin of errors before you get a namerd by the numbers. If it says something that sounds a little too good to be true. Typically it usually is.